There was a certain geeky part of me that couldn’t help but smile during that one particular scene in Avengers: Age Of Ultron. I am of course, talking about the Hulk vs Hulkbuster fight scene. In what was a fight scene where the most expensive digital punches of all time were thrown at a gigantic green rage monster, Tony Stark donned the mother of all Iron Man suits. The Hulkbuster armour is already getting several tie-in toys, as it was designed to subdue the Hulk and shift merchandise. But this particular version is easily my favourite.

While you’re able to stuff an Iron Man torso in the Hot Toys Hulkbuster, the King Arts 1/9 scale version allows you to shove an entire armoured Avenger inside the Veronica armour. Check it:

While it is slightly smaller than the Hot Toys version, measuring in at a height of 16 inches tall, the King Arts Hulkbuster does have other features going for it in the looks department. It also has LED lights in the head and chest, but it also has a dead sexy metal finish. It has room for other figures in your collection, so imagine how amazing it would be to have Darth Vader pop out of that chest cavity. Or a Xenomoprh, for extra meta-points.

As usual though, expect a pretty steep price tag. $650 to be exact, when it arrives next year. That’s enough to build a real one to help police the Nkandla not-a-compound. But you didn’t hear it from me. 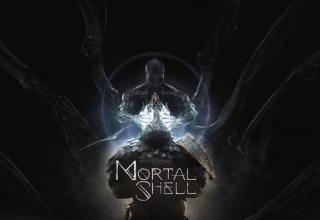 Awakening as an empty vessel, you will enter into a shattered and twisted world where the remains of humanity wither and rot. Implored to do the bidding of the mysterious “Dark Father,” you must traverse this tattered landscape and track down hidden sanctums of devout followers. There, in Mortal Shell’s most hallowed grounds, you must overcome formidable foes and harvest the sacred glands.