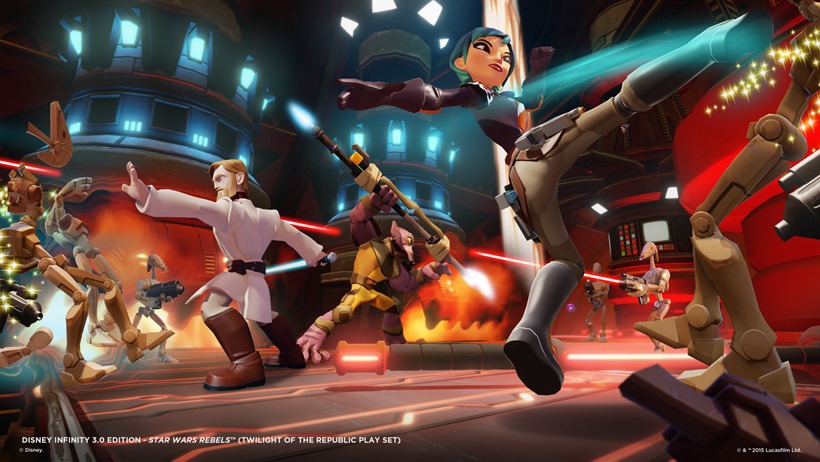 There’s a  certain sense of euphoria that is unique to Star Wars. And I think you’ve all felt that Force-tingle before.

Let me paint a picture for you: You’ve got your movie tickets for Star Wars Episode 4.5: Revenge of the Binks, you’re loaded up with popcorn and you’ve got enough sweets squirreled away in your pockets to give a fat kid without boundaries a sugar rush that could level a city.

You take your seat, curse the guy with an afro sitting in the row in front of you and the lights dim. After 15 minutes of alcohol adverts that convince you that getting smashed on their brand of vodka will get you both money and women, the lights dim even further.

And then that infamous opening scrawl starts, the trumpets blare and the guy in a Darth Vader costume next to you wets his pants with what I pray is Fanta. You know that sensation. You know that magic. And outside of a cinema, you won’t find it anywhere else.

But dammit, the Star Wars nerd inside of me (THERE’S NO ESCAPE JONATHAN BECOME ONE WITH THE FLESH OF D), is digging the vibe of Disney infinity 3.0. Here’s the launch trailer for the Star Wars heavy sequel to that toybox:

Fun fact! Darth Maul, who was last seen being vivisected by that chap from Trainspotting (HE GOT BETTER) happens to be voiced by Sam Witwer in the game and in the Clone Wars TV series.

You might recognise that name, as Witwer was also the actor who brought Galen Marik to life in Star Wars: The Force Unleashed, a game that I still reckon is one of the best Star Wars tales ever told, before it witnessed the power of a fully armed and operational Disney Star that wiped it from official continuity.

Going a step further, Witwer is also doubling down on Sith duties, as he happens to be the voice behind Darth Sidious as well. And that’s your Star Wars trivia for the day. Disney Infinity 3.0 is out at the end of the month. Prepare your wallets when your children shift focus to this behemoth of a title.