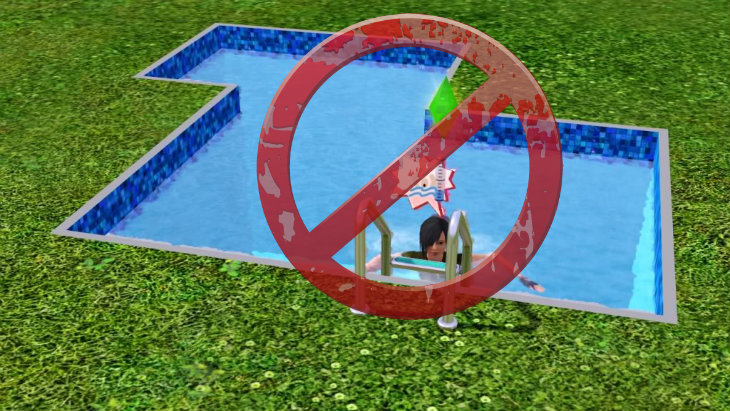 Trust the gaming community to pick up on the issues rather than the benefits. In a recent developer blog, we get a full rundown on a bunch of cool features to be present in The Sims 4, but it’s the bits that are missing that are causing the internet to explode.

Over on The Sims website, there’s a new blog about some features that players can look forward to in the latest entry in the franchise. One of them which wasn’t discussed much before was neighborhoods – Sims can now live in one world’s neighborhood, but work or socialize in another. But this wasn’t the announcement that caused the stir – here is the quote that cause Sims fans to revolt:

And while we recognize that some of you will be disappointed that pools and toddlers won’t be available when The Sims 4 Base Game launches in September, you should know that we’re building an incredibly strong foundation that is capable of fulfilling every one of your desires in the years to come.

It seems that toddlers have actually been cut from the developmental process of the game; earlier on in the post when describing the ability to use genetics in creating Sims, it says:

We’re particularly proud of our new Genetics system, where you can create relatives from any other Sim. It’s like a game in itself! As for ages, we have babies, children, teens, young adults, adults and elders.

Alright, so presumably they have cut the developmental stage so that babies turn into children without any middle stages. However, if the risk of having a crawling infant fall into the pool is gone, why have pools disappeared? What happened?

You know how people who like The Sims are usually described as “casual gamers”? Well, they certainly aren’t casual about their love of this game, and their outrage of the lack of swimming capabilities in their own backyard. Check out this Reddit thread filled with “how can I murder my Sim now” and “you’ve removed my favorite part of design” comments.

Of course, the truly worrying part is that it says pools won’t be available in September, implying that it may be available later on. Could this be the first expansion? Pool parties and maybe a full outdoor braai BBQ expansion? It does seem a bit odd when so many people enjoyed having pools in their houses, why remove it at launch unless it’s part of a grand scheme to add it in later. Perhaps it will be added for free, but I have a sinking feeling that this will be the start of The Sims 4 expansions.

GOG announces re-release of Devotion, only to pull a U-turn hours later

I’d say it must be really interesting to be a fly on the wall over at CDPR right now, but …