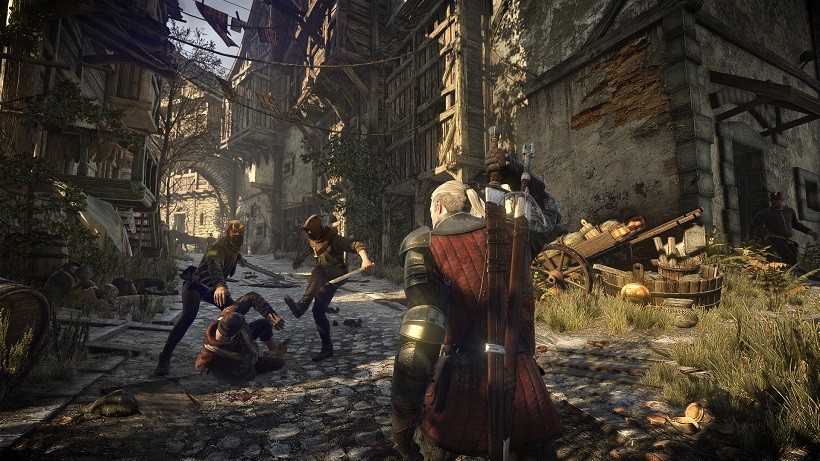 The Witcher 3: Wild Hunt is one of the best RPGs I’ve played in a long time, and still stands as one of the best games of the year. CD Projekt RED’s highly anticipated conclusion to their acclaimed trilogy mixes a lot of RPG expertise with a lot of love for making games, delivering a product that respects its players as much as it does its source material. So it’s not too surprising that the game sold like absolute wild-fire.

CD Projekt RED has revealed that the RPG managed to surpass six million copies sold within the first six weeks of sale, which is an absolutely staggering figure by any stretch of the imagination. In a short open letter to fans, studio CEO Adam Badowski expressed his utmost thanks to the fans for making the studio’s dreams com true – while also indirectly proving why CD Projket RED is so darned successful.

While you can read the letter in full here, it’s the last paragraph that really stands out.

Yes, six million copies is a great achievement for a company making RPGs, but this business is not only about that. If our games are a gallery of sound, picture and text – you are the visitors of this gallery. To an artist, there’s no sweeter sight than people enjoying their work. That’s why, in the name of all the devs in the studio, I’d like to say thanks to each and every one of you.

CD Projekt RED not only respects its consumers in a way that many publishers could learn from, they truly understand that making a good game comes well before making lots of money. It’s a lesson that is forgotten far too often in an industry that often seems to prioritise profit over everything else, and its the leading reason why we often get half-baked ideas in unfinished, messy games.

Since launch, CD Projekt RED has release all 14 promised pieces of free DLC for The Witcher 3, and they’re currently working hard on the game’s expansion pass – with the first bit still slated for launch by the end of the year.

Whether The Witcher 3 ends up being your game of the year or not, its hard not to admire the way CD Projekt RED conducts itself. And we’ll have to keep that in mind while they torture us with the long wait until Cyberpunk 2077.