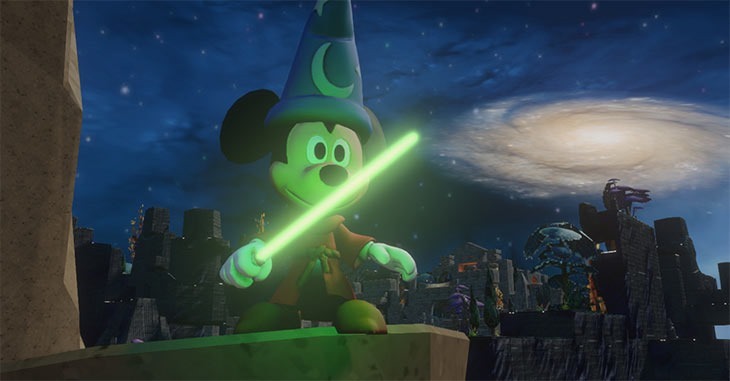 People have been worried since Disney acquired Star Wars that it would use the licence in ways intended to extract cash from fans. Worry no more, star Wars aficionados…because that’s exactly what they’re doing.

A super secret crossover Easter egg has been found in Disney’s digital toybox, Infinity. Yes, you can unlock a Lightsaber for use by any of the characters. Before you get giddy though, realise that it’s going to cost you. A lot.

The only way to unlock said magic sword of light is to purchase every single character available for the game, level them up to bronze and then find your shiny new digital toy in the hall of heroes. the only reason it’s not been found to now is that the characters themselves have been released in waves, and the final piece of the puzzle, the Phineas and Ferb Set is still unreleased. One lucky person who won a set at Comic-Con now has the complete collection and has shown the thing off.

This Disney Infinity starter pack retails locally for about R700, plus 6 play sets of nearly R300 each plus a handful of standalone characters and you’re looking at quite bit of cash just to unlock a damned Lightsaber. On the one hand, it’s a neat little Easter egg for those who love Disney Infinity – but for those Star Wars types who must have everything related to the series, it’s a very expensive endeavour.