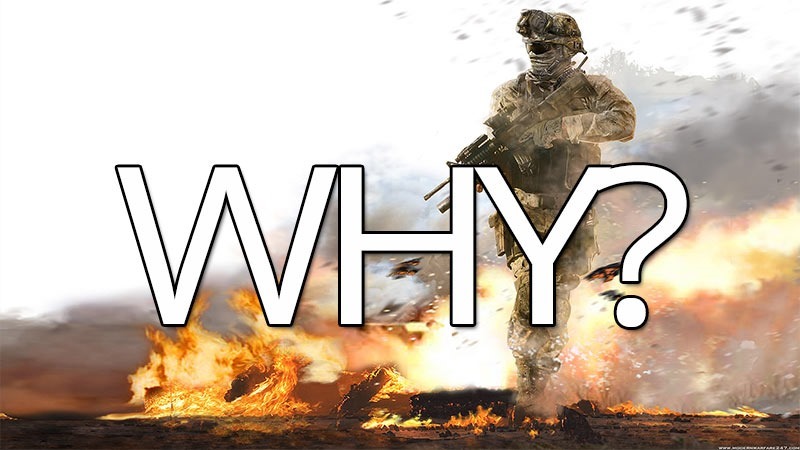 Call of Duty: Advanced Warfare, if you had to sum it up in to critique of just two syllables, would be “aw’right.” Maybe even “pretty good.” But what it isn’t, according to fans of the seminal, unbearably popular military shooter franchise, is anywhere near as good as Modern Warfare 2. In fact, there’s a petition directed at Infinity Ward and Activision that practically begs for a remaster of Modern Warfare 2 for the new consoles.

Started just last week by Ramez Zahra of Australia (via VG247), the petition has already amassed an unbelievable number of signatories, rapidly heading towards 50 000.

Here’s the petition in its entirety, verbatim.

I speak for every one when I say that Modern Warfare 2 was one of Activision’s best game. Just a fun & enjoyable game that really gives you that nostalgic feeling. The guns, maps, kill streaks were just incredible. At the moment mw2 for the ps3 & xbox is just overrun by hackers. If they remaster the game, & sort a couple things out (e.g noob tubing)it would make a lot of people happy.

The Petition is directed at, among others, “C.E.O of Infinity Ward Jason West,” who – as you know, because you’re cool people who like to keep up to date – hasn’t been with Infinity Ward since 2010, since he left to co-found Titanfall developer Respawn entertainment. In 2013, he left Respawn to deal with family responsibilities – So I doubt he cares that there’s a petition aimed at him.

Remastered games – especially ones from just the last generation – are painfully boring things. Ones of games featuring gung-ho, militant twaddle push the envelope of boring in my opinion.  I’d really love to know from fans though; Why Modern Warfare 2? Why is this the one that should be remade?