Home Gaming Thief can be completed with zero murder TESTOSTERONE! Games these days are freaking manly man experiences! Thanks to the steroids hidden in the unreal engine, we can play a game that eats Y chromosomes fro breakfast and farts out pacifism between breaks. There’s no place these days for games to be gentle! MACHISMO! Even if that game happens to be based on a long-running franchise that is getting revitalized. STEAK!

Anyone who has ever played a Thief game before is more than aware of the fact that lead anti-hero Garrett is about as useful as a hug in a fight to the death. Garrett has always been about the stealth and avoiding being caught, with violence being a last resort for him.

“Eidos-Montreal announced the Thief project in 2009, well before pre-production began, to ensure that we could recruit the best possible talent,” the studio said on their official blog via SiliconEra.

We wanted to attract developers who not only had the right skills, but also the right motivation to bring this beloved franchise back to life.

“Since then, we’ve gone through all the typical phases of game development: hours of hands-on research with the previous titles to decode the Thief DNA, followed by countless brainstorming meetings to reinvent the franchise while keeping true to its deep roots. Through iterations and reiterations, shedding blood, sweat, tears, ink and pixels, our talented developers have crafted an experience worthy of the long wait.

A separate blog post from Thief game director, Nicolas Cantin also clarified the redesign of Garrett, and the “mainstream” quotes that were mentioned:

I was referring specifically to a previous Garrett design we tried out internally and not Garrett from the previous games. Our early design went a LOT more gothic—with black nails etc—but we thought that this wasn’t true to the legacy of Garrett so we pulled it back a bit. Returning to something more true to the original Garrett is what I meant when I said we made him more ‘mainstream’, this wasn’t a comment about the direction of the game.

I can assure you we’re huge fans of the original games and we’ve done our homework to create a game that maintains the essence of the original. I can’t wait to show you more of the game and Garrett soon!

As for that more pacifistic approach to combat? Eidos Montral say that stages will have numerous paths and encounters, and that players will be able to complete the game without killing anyone whatsoever.

Garrett is a Master Thief, not a killing machine.

Sounds interesting. So far, the latest Thief looks like a mash of ideas from Assassin’s Creed and Dishonored. And nice shiny black hoods. Shiny is still manly. ADRENALINE! 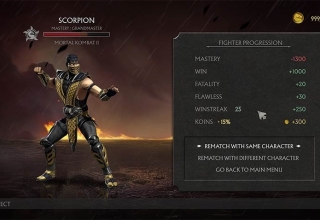