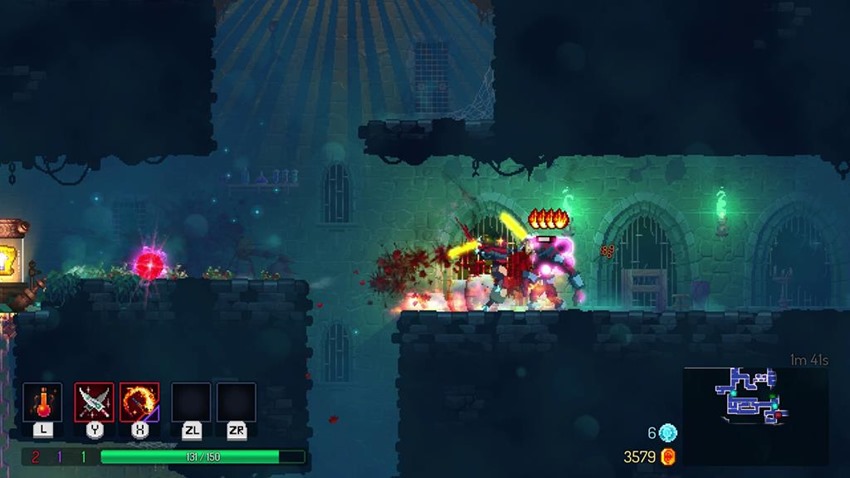 Dead Cells is out and the general consensus so far is that it’s not just great, it’s f***ing great! Action, strategy and speed all join forces in a glorious love letter to ,Metroidvania and Dark Souls, and yet Dead Cells still manages to forge an identity that is wholly distinct from its influences. Dead Cells can also be a challenging game, frustratingly so at times as death knocks on your door constantly, forcing you to reset all of your progress and momentum.

Are you still planning to jump into this superb game? Well then here are a few tips and pointers to help you get the most out of Dead Cells.

Don’t be afraid to die 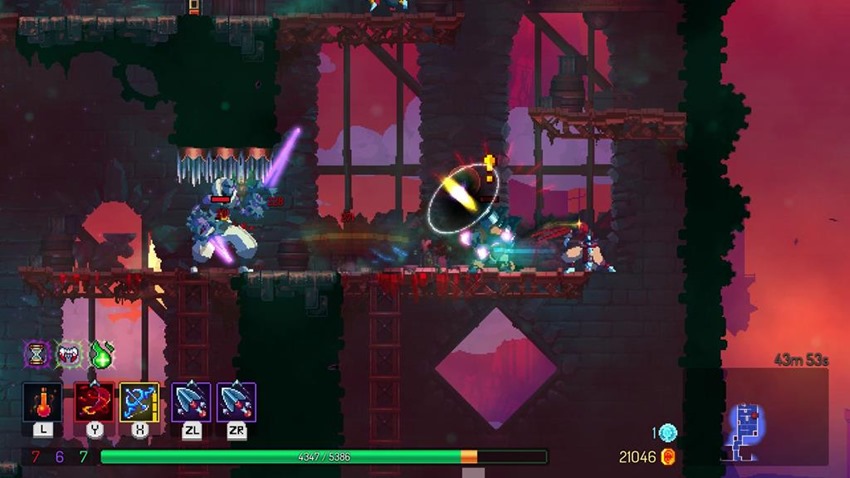 Death comes for all of us. In Dead Cells, it comes constantly and at a hefty cost that claims plenty of cells and even possibly a blueprint or two along the way. That’s fine, and something that you should get used to as the game’s introduction to its mechanics is subtle at best. Take death as a learning opportunity, because while you may lose some cells along the way, you can always reclaim them along the way when you return from the grave.

Death teaches you exactly what you need to know in Dead Cells, whether it be enemy attack patterns, secrets to new locations or even which tactics to use against your enemies. So grab a rusty sword, hop right in and don’t be afraid to act like a mosquito that believes that Shenron granted it immortality. 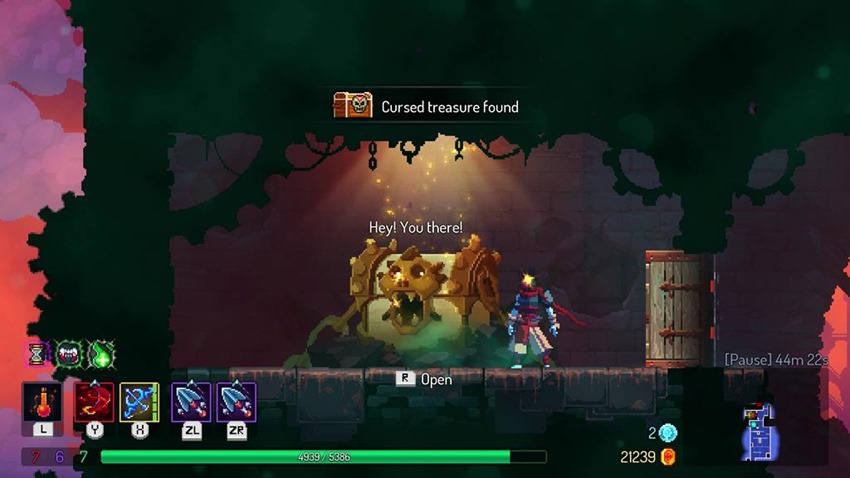 While the exploration aspect of Dead Cells may play second fiddle to the emphasis on combat, it’s still well worth going off the beaten track. You might spot an occasional rune in a wall that can be blasted open to reward you with a kebab, secret areas hide weapons and scrolls of power will reward you with extra buffs to your three primary skill trees.

Just be careful though, as you’ll also encounter more dangerous combinations of enemies and even an elite foe along the way. 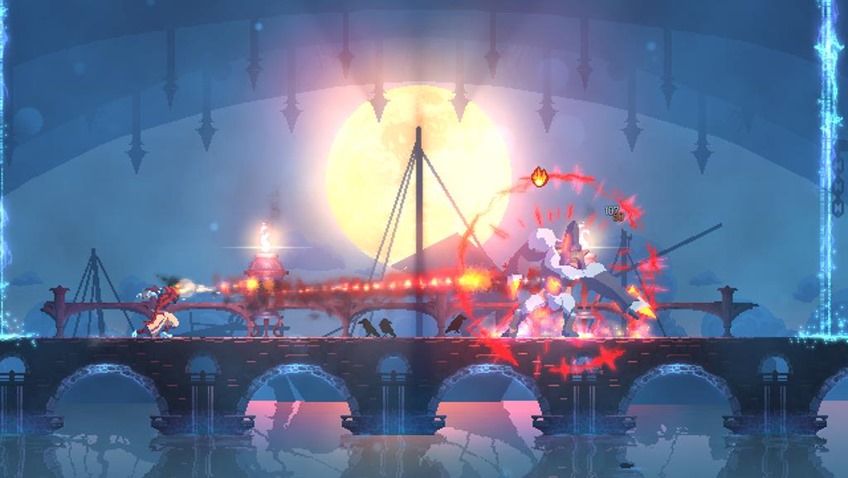 To access all of the areas in Dead Cells, you’re going to need to get your hands on all of the runes. These stones confer new abilities onto you, but to earn them you’ll not only have to find them in a certain order, but also defeat an Elite enemy in the process. Normally trapped within an obelisk, approaching an elite frees it, and results in the room being locked down until someone dies. Usually you.

Elites can be a bastard to deal with. They have far more health, hit harder, summon minions and once you’ve knocked half of their life away they’ll start teleporting to your location no matter where you roll to. You’ll know one when you see them, but be prepared for the fight of your life when you do go for that glorious rune.

Change up your weapons 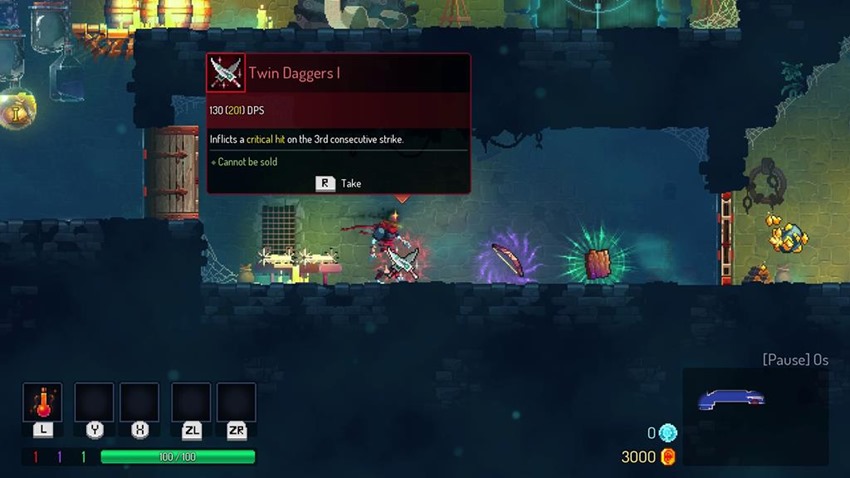 Enjoying that blood sword you just unlocked or those shurikens that you fling with reckless abandon at enemies? The combat in Dead Cells is pitch perfect, but you’re going to want to mix things up as you progress. While every weapon is effective, so death-dealers follow the ol’ Animal farm rule and prove themselves to be more equal than others when it comes to dishing out damage.

Especially when paired with certain combos of gadgets and abilities. Don’t be afraid to take a bump on the stats either because you can always ramp them right back up between stages.

Don’t be afraid to gamble on a re-roll 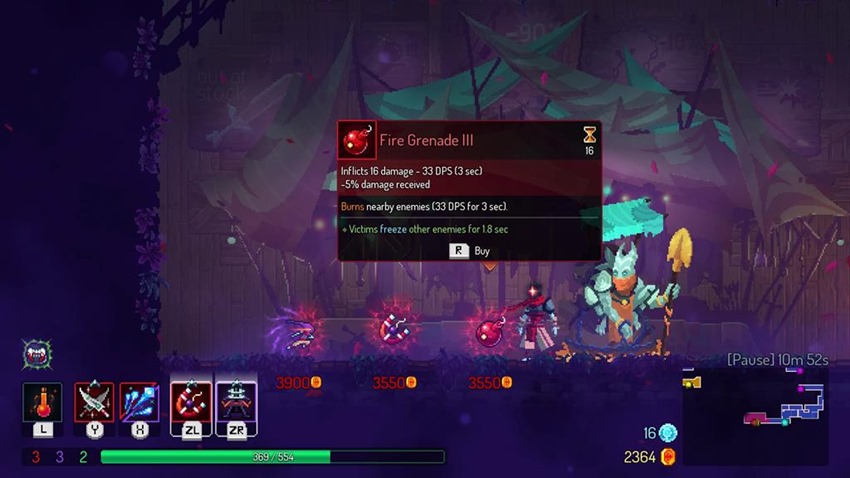 Speaking of re-rolls, upping the damage on a weapon is easy peasy if you can survive the trek back to the labs between stages. The investment is minimal, but what you really want to do is throw some gold at the screen and see which random perks you can unlock that best complements your loadout. After all, why stick to simple pokes with the pointed end of a lance, when you can ramp up the damage to take advantage of your gadgets and unleash a blitzkrieg of pain on the hardiest of enemies?

Know which skills to invest your cells in at first 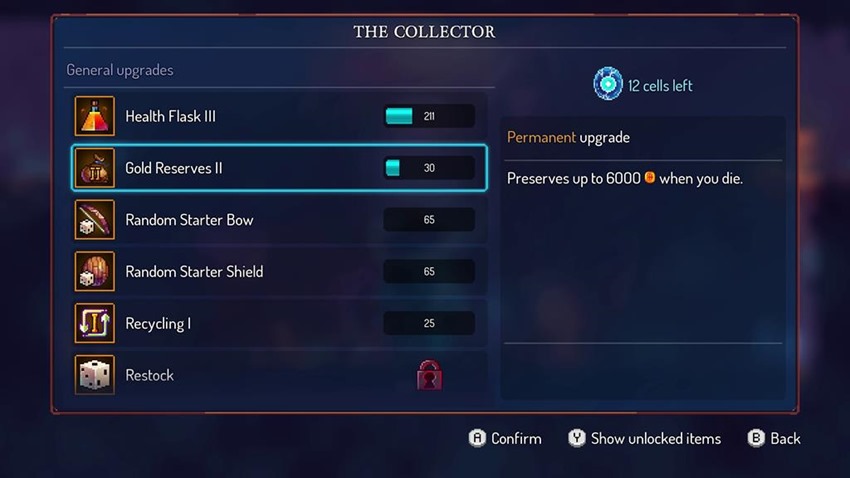 That creepy professor between stages is all too happy to gobble up your cells, giving you a whole host of mutations in return. It may be tempting to give him cells for new weapons, but hold onto your horses there buckaroo! You’ll be able to invest soon enough in that fancy rapier that you unlocked, but for now you should focus on the necessities: More health flasks, some insurance that’ll keep some of your gold around for you when you eventually die and having random weapons ready for you upon each new run of a dungeon. 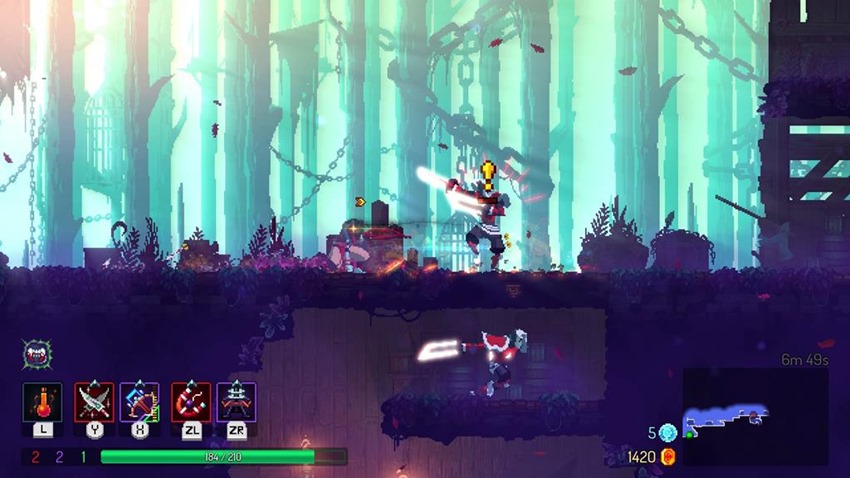 This goes without saying, but knowing how to actually dodge out of harm’s way should become second nature for you. Timing, knowledge and situational awareness will help you out plenty, allowing you to keep moving and avoid having your health bar chipped away by the relentless foes who await you. Alway always be ready to dodge, is the lesson that you want to take away from this post.

Go with the flow 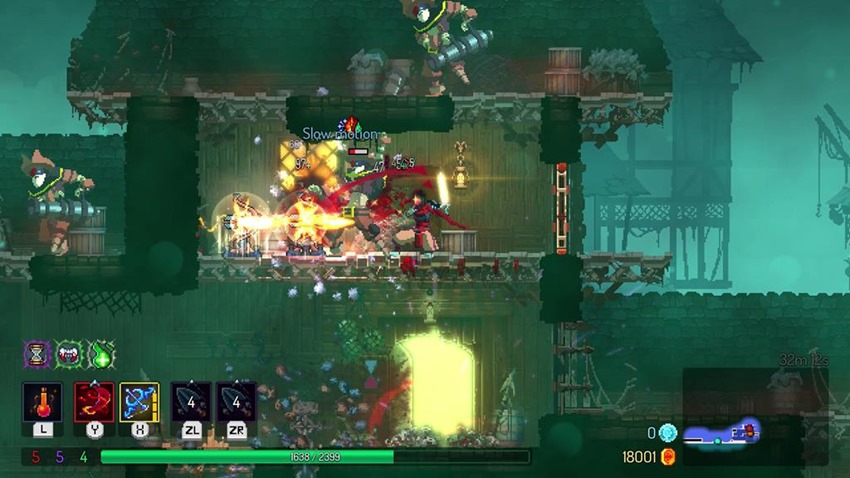 When the going gets tough, the tough get going into a rhythm of carnage, chaos and precision. At its very best, Dead Cells plays like a vicious experiment of speed-running and exploration. When everything is perfectly in sync, when you’re ready to roll and you’re equipped with the best weapons to do so, Dead Cells shines like crazy diamond.

Familiarising yourself with that particular flow, training your thumbs and settling into a groove brings out not only the best in your hard-earned skills, but also the crystallised perfection of the Dead Cells formula.

Or better yet, plan your attack 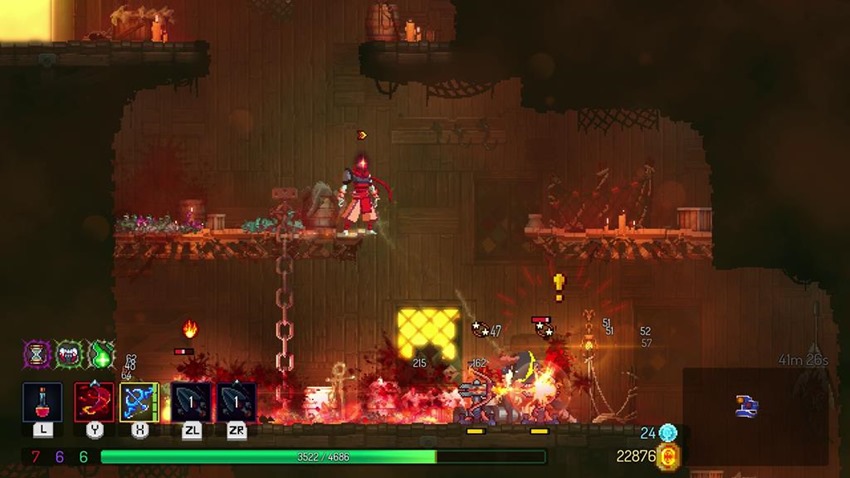 Alternatively, you don’t have to focus on the brutality of Dead Cells. A cunning warrior scopes out the battlefield, plans for every eventuality and pushes the button on a strategy that never fails. While scoping out the environment and planning accordingly may go against the grind of Dead Cells’ speed-running nature, there’s a certain sense of satisfaction that comes from executing a scheme that ends with you standing victorious atop a pile of eviscerated corpses and not a single scratch on your soldier.

In the early stages of Dead Cells, it might just be the best strategy to actually have, as slowing down and keeping an eye on the horizon could be a lifesaver that allows you to bank your gold and your cells. Dead Cells is out right now on a variety of platforms and like I said in the link above, it’s a damn good adventure on system.