Home Gaming Titanfall on Xbox One has an uneven framerate 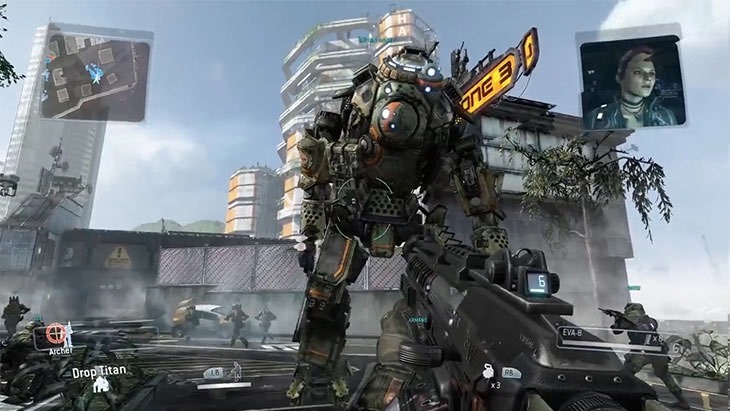 Titanfall is out today in the US, and on Friday everywhere else. Other than South Africa, that is. It is, by all accounts, a pretty exceptional game, evolving the Call of Duty formula and making it fresh and exciting. It’s the Xbox One’s  marquee title. it’s killer app. And it runs pretty badly. Stand by for disappointment.

We already know that the game runs at a less-than-ideal 792p. Resolution isn’t everything though – and the lower resolution was decided on so that the game would run at an ultra smooth 60 frames per second. It’s the sort of concession that makes sense; smooth 60fps for a multiplayer shooter is very nearly necessary.

Only the Xbox One version’s framerate isn’t capped at 60fps. According to some reviewers, the framerate in the console version of the game is pretty erratic. While it mostly maintains its intended framerate in game modes like Attrition, in others like Last Titan Standing, it dips down to single digits.

Here’s what Giant Bomb’s frank Jeff Gerstmann had to say in his review of the game:

The frame rate in Titanfall is uneven on the Xbox One and though it’s usually fine, it can get downright nasty in specific situations. In one Last Titan Standing match–where every player spawns in a robot suit–several players crammed their mechs into a tight area and began duking it out, and the frame rate dived down to what must have been single digits per second. Even out in wider areas, the game feels a little hitchy from time to time, and there’s noticeable tearing throughout.

I WAS surprised at TItanfall’s framerate/screen-tearing issues on Xbox One – a small but regular drag. Was expecting shinier polish.

If true, this is pretty disappointing stuff. I played the beta on PC, and even on my meagre hardware, it ran like butter. source is a decade old engine, and though the iteration used in Titanfall uses a completely new renderer, you’d imagine a brand new, “next gen” console could maintain a constant fps without screen tearing. I’m looking rather forward to the Digital Foundry verdict to see just how prevalent and invasive the issues are.

Hopefully for Xbox One owners, this is something that can be patched up – because Titanfall is excellent and X1 owners deserve to play it as it should be played. I can’t help but feel it ones again comes back to the paltry 32mb of esRAM in the Xbox One. While it’s meant to act as a super-fast shuttle for data, it’s just not large enough to make enough of a difference.