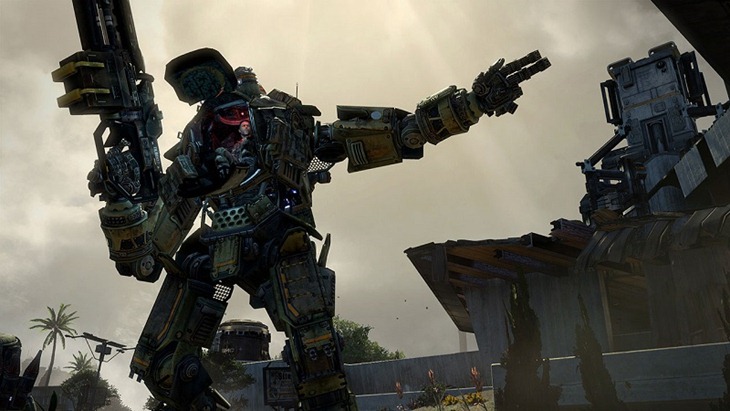 Titanfall is a beautiful game. There’s no way around that fact, as the core focus on multiplayer action has resulted in a game engine that runs fast, smooth and looks good. Naturally, top of the line PC’s will crank out the best visuals. But how about more modest computers? How will the game run on that hardware.

Pretty damn good actually. With beta access, I was apprehensive over actually playing the game due to my less than ideal settings. I’m currently using a Sony Vaio laptop, and wishing that I could high-five the designer in his face over the decision to glue a rubber palm rest over the area where the most heat is generated.

Anyway, this ol’ laptop of mine has at a rough glance:

Needless to say, everyone else laughs at me and my specs…a lot. It’s starting to hurt my feelings. With Titanfall, I used the following recommended settings to play Titanfall with:

Not spectacular, but pretty decent overall. Some details are understandably omitted, I’ve skipped out on shadows and several details look like they were pulled from an early build of Omikron: The Nomad Soul. And yet, the game still looks stunning and easily playable.

The proof is in the pudding, much like a pervert’s extremities, so here’s what the game looks like in action:

Frame rates naturally dipped when the action got a little too intense, but as you can see, Titanfall was still easily playable thanks to the Source Engine being pretty forgiving. That, and the smart pistol was a godsend for talentless and heavily-pinged players such as myself.