Home Gaming Toxic players a good sign for a game 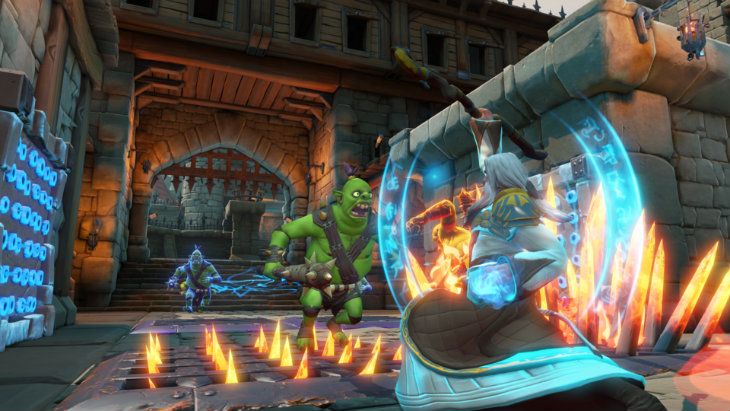 We have all ranted and raved about toxic players in games. You know the ones – those guys who take the whole too far and tell everyone else that they don’t know what they’re doing. League of Legends and Dota 2 are using all sorts of tools to reform those players, but Orcs Must Die! Unchained has a unique perspective.

While Orcs Must Die! Unchained is a multiplayer game, played in an arena, they don’t want to be compared to the other Multiplayer Online Battle Arena (MOBA) games. Robot Entertainment designer Jerome K. Jones pointed out in an interview with Polygon has a dual nature so some players can take an aggressive offensive role while others can focus on defense and making crazy traps for the other team. He also has a unique take on the toxicity in games:

There’s probably something good about the toxic players showing up and sticking with your game. The good thing is probably that it’s a good game. It’s holding their interest, it’s keeping them around. It’s making them passionate enough to give a damn.

He does make an interesting point. Those same people who shout that no one knows Dota and we’re all a bunch of idiots are probably the ones who helped fund the Compendium to the level it has reached. Those die hard fans of a game are the ones who come out to defend it when the rest of us might call them toxic or unwelcoming of new players. That said, I’m glad to see that Robot Entertainment will also be working hard to ensure that all gamers are welcomed in their non-MOBA – they want players to be passionate, but not cause other players to avoid the game due to their inappropriate behavior. Hmm, sounds like they’re trying to get the best of both worlds here, I wonder if they can pull it off.

With enough time, resources, and preparation, anything is possible. Like taking the decapi…