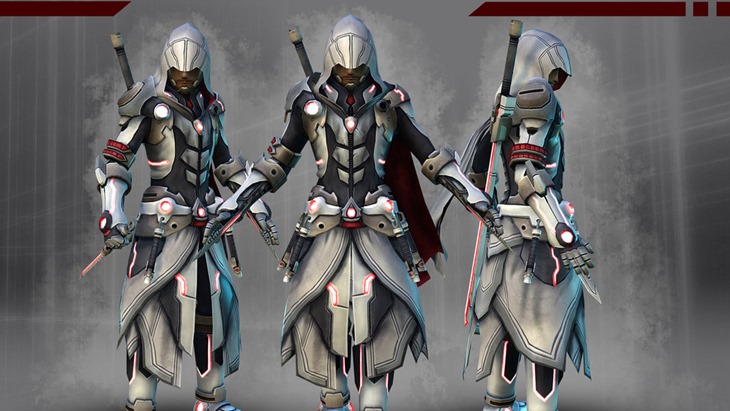 When it comes to Assassin’s Creed games, Ubisoft has normally thrown every single able body possible at their franchise, with numerous teams helping to develop an annual backstab ‘em up release. Throughout all that development however, Ubisoft Montreal has remained in charge of the organised chaos ever since the first game popped up for a sneaky kill. This year however, the next Assassin’s Creed game is in the hands of someone else.

Ubisoft’s Quebec team will handle lead development on the next game in the series once work the Montreal team wraps up work on Assassin’s Creed Unity.

“Montreal will continue to be a lead studio for other AC titles. And Montreal and Quebec will continue to collaborate with each other and with other Ubisoft studios – that’s been key for making sure each Assassin’s Creed title offers something new and creative for players,” a representative said (via AGB).

“We are one of Ubisoft’s flagship studios in the creation of the highest quality online, connected, and mobile gaming worlds. We have many years of experience on major Ubisoft franchises such as Prince of Persia, Heroes of Might & Magic, Watch Dogs, and Assassin’s Creed. We are thrilled that we will be heading up one of the next episodes of this major Ubisoft brand,” Ubisoft Quebec managing director Nicolas Rioux said.

Quebec is still a relatively new team, but they’ve been given a sizeable show of faith by their parent company. And since they’ve been around since the days of Assassin’s Creed: Brotherhood, they happen to have my vote. Ubisoft recently pumped $28 million into the studio, with a hundred new staff members on the way to make the most of that increase and get cracking on the next AC game. That would bring the Quebec team up to 350 members at the end of the day.

Assassin’s Creed: Unity drops in from the rooftops in October for PC, PS4 and Xbox One. It’s got the latest visuals to make the French Revolution feel that much more realistic, plus it’s filled with the most popular gameplay feature of E3 2014: Four-player co-op.