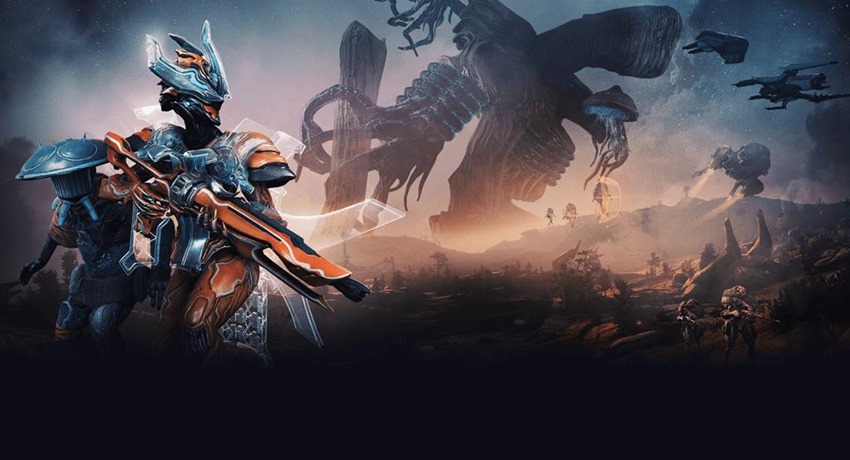 In scientific terms, I’m currently bored sh*tless by Destiny 2, a game which feels emptier than my feelings towards eating healthy food. You lot also keep telling me to play Warframe, a game which I’m on the verge of giving it a third chance as I research exactly what to do within its many layered halls. Not just because it looks like Starship Troopers if Terry Gilliam directed it, but also because it’s apparently run by a team that doesn’t want to exploit its players.

How crazy is that?

That little tidbit of information comes from the latest episode in Danny O’Dwyer’s fantastic NoClip documentary series, which detailed how Warframe’s economy was set up. A free game with plenty of cosmetic options up for purchase, Warframe’s prime directive relies on giving players transactions that will never exploit them.

“The guiding tenet is try not to push them so that they’re going to grind their face off to get something but also give them enough variance so that getting those resources is interesting,” studio manager Sheldon Carter said via PCGamesN. That ethos eventually led to the Warframe developers actually removing a virtual pet microtransaction from the game, because people were spending too much on it.

That’s right, developer Digital Extremes actually gave up on making more money back in 2014, a move that would have left any video game executive gasping for air. As Carter explained:

We had a lever, basically, for all intents and purposes. And we saw, you know, a guy pulled the lever like 200 times. And it’s just like, ‘oh my dear god, what have we done? We’ve created a slot machine.’ And so you know, it was a couple days I think it took us to take it out—a day, day and a half. That one is a big regret.

That’s the kind of studio thought process that actually makes me want to jump back into Warframe and play it properly. Or die trying. It’s often been said that certain game developers could learn a lot from Digital Extremes and their constant interaction with their community COUGH “BUNGIE” COUGH, and hearing news like this? I tend to agree one billion percent.

Meanwhile, you can catch the entire NoClip documentary on Warframe below. I highly recommend doing so, as it’s excellent stuff. As for Warframe? It’s still free to play and enjoy, on current gen platforms.