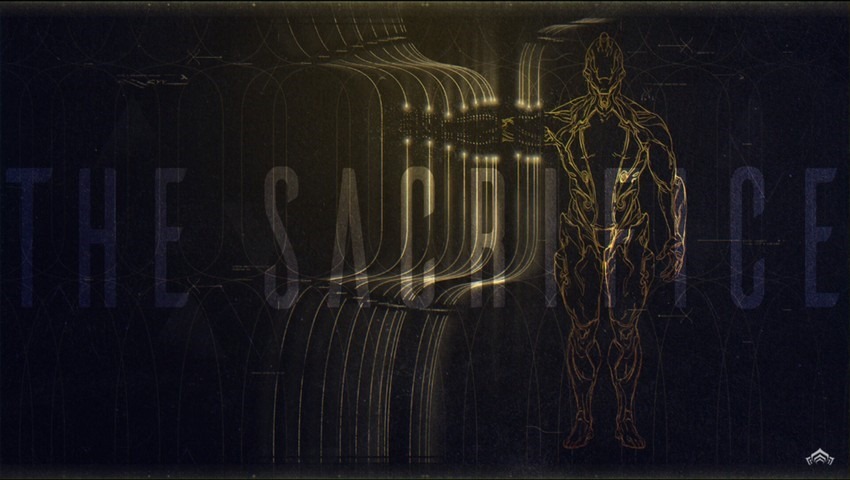 We may just have got a new game mode in Onslaught as well as the new frame Khora, but it’s hard to deny that Warframe is going through a bit of a content drought at the moment. The last real quest Digital Extremes’ free-to-play sci-fi shooter received was back in September of last year when Chains of Harrow introduced us to the frame Harrow and delved a bit more into the history behind the Red Veil faction as well as the Tenno operators. However, it looks like we’re about to have a big update soon, as the Sacrifice may be about commence!

First teased back during last year’s Tennocon in July 2017, we’ve been hearing about Sacrifice for a while now, with DE dropping the occasional progress report since then on their next big cinematic quest (cinematic quests stand apart from normal quests as they boast big pre-rendered cutscenes and usually divulge huge chunks of story that forward the state of the overall world in the game). What we’ve learned so far is that Sacrifice will introduce new specialized “Umbra” versions of existing frames and will delve into the history of the frames themselves. All we’ve got to see about Sacrifice thus far though was that original teaser trailer and the key art shown above.

However, as the kids on the street say, shit got real in the last few days as DE changed the imagery on all the Warframe social media accounts to display what appears to be teasers for Sacrifice. Two very dark images (which the internet sleuths have already brightened up) appear to show the the face of ancient and powerful Orokin, Ballas, next to a field of symbols, as well as a golden tree inside a double-ringed circle. Ballas was last seen in the game convincing Lotus to abandon the Tenno and go with him to who knows where in the Apostasy Prologue mini-quest (*Sniff* We miss you, Space Mom!), while the tree inside the circle appears to suggest Lua, the half destroyed Moon and also the place we first “met” Lotus face to face in the game.

On top of that, in a tweet that has since been deleted for some reason, the official @PlayWarframe Twitter account posted a mysterious image, with a caption describing Sacrifice as “the final chapter in the cinematic trilogy”, which pretty much confirms that this will be a follow-up to The Second Dream and The War Within (both of which were the best content Warframe has ever had!). While the tweet is no longer there, the official Warframe site has been updated to display the list of quests that players needed to have finished before they can play Sacrifice:

There’s also been talk that some of the Warframe partners – prominent members of the community, most of whom are video game streamers – have been asked about unveiling something huge “very soon”, but they have signed an NDA preventing them from divulging any details. All the clues line up to indicate that an official reveal for Sacrifice is imminent. The next Warframe Devstream happens this coming Friday night, and you can be sure we’ll be keeping a very close eye on that one.