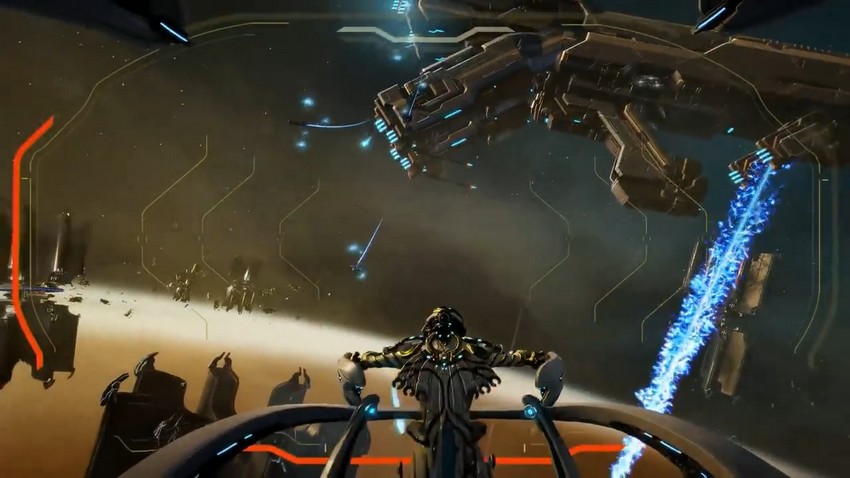 Tennocon 2018, the latest iteration of the annual convention dedicated to Warframe, happened yesterday and it was a big one! We’ve already seen the announcement that Warframe will be coming to Nintendo Switch in the new future, but as I mentioned in that article, there’s a lot more that was announced. First on the cards was developer Digital Extremes offering an expected update on their new Venus open-world area, but this update boasted some huge surprises.

We learnt that this new environment is called Fortuna, and is set in a “neon underworld” underneath the surface of Venus, which is “home of the Solaris United”.

Kitguns, K-Drives, and Tranquilizers: The Solaris have it all for the right price. Loyalty is their coin; earn it, and they’ll open their hearts and their wares. Buy what you need in Fortuna, then take the elevator up to the planet’s surface.

Volatile, mercurial skies of blue and orange clouds roil over the terraformed surface of Venus. In this update, you’ll explore the open Landscape of the Orb Vallis. With your Bondi K-Drive, ride to the top of the snowy mountains, discover giant mushrooms, fish the coolant rivers, capture exotic creatures — the possibilities are endless in the Vallis.

It’s not all fun and games. Day in, day out, the Solaris United toil in the snow and the sludge to repay their Corpus debt, working towards a freedom that will never come. That’s why you’re here, Tenno. Solaris agents are hidden around the Vallis — find them, accept new Bounties from the field, and support their guerilla war against their profit-driven overlords. Be warned: massive Corpus spiders roam free across this winter wasteland while Nef Anyo keeps a watchful eye above. Nowhere is truly safe.

Firstly, damn that song is catchy. Secondly, HOVERBOARDS! DE had previously shown off some kind of big-wheeled rover that was to be used as a vehicle on Venus, but it appears they may have walked that idea back and gone all Marty McFly on us. Some of you older gamers like myself may remember that Unreal Tournament 3 boasted similar hoverboards as well, and as DE were actually the co-creators of the Unreal franchise (though they didn’t work directly on UT3), this actually makes a lot of sense.

The reveals for Fortuna were just ramping up however, as DE also announced that eventually this Venus location would be where we will get to see Codename: Railjack. “What’s that?”, you ask? Oh, just a new co-op spaceship combat mode that will allow you and three other players to seamlessly pilot a Railjack spacecraft from the surface of Venus straight into outer space to engage with enemy fighters and even launch a boarding party to take over capital ships. Like I mentioned, this is a full co-op experience, so you’ll have to coordinate your team between piloting, manning guns, effecting repairs, repelling enemy boarders, even hacking enemy ship turrets.

HOLY CRAP THAT LOOKS AMAZING! If you follow the DE team on Twitter you would have seen that they’ve been killing themselves working on this secret project, and after the demo reveal they were literally in tears as to the feeling of relief that they could finally get this out there. Well, based on what I just saw, tears of joy are fully deserved!

The Fortuna update will be dropping in a few months time, but Codename: Railjack is still in development. There’s no word on an exact release date, but it will be the next big update following Fortuna. That’s not the only new stuff on the horizon though, as two new Warframes were also revealed. 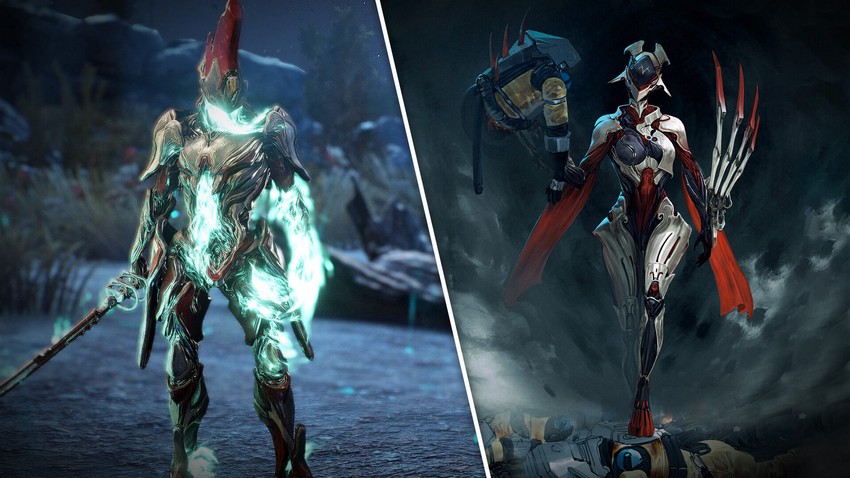 We’ve already seen the one on the left, now officially named Revenant: A vampire-like Warframe that was inspired by the Eidolons on the Plains of Cetus. The new Warframe is called Garuda, and we don’t really know much about her. In the real world, Garuda is the name of a giant bird-like creature, called the King of the Birds in Hindu and Buddhist mythology, which actually ties into the on-stage description that she “plays with her food”. So expect another aerial-based Warframe.

We also got the first look at a brand new deluxe skin for mind-controlling Warframe Nyx, designed by none other than comic book superstar artist Stepan Seijic of Witchblade fame.

DE has also released the full unedited 32-minute long demo of the Fortuna and Railjack gameplay, which I highly recommend you watch below as it shows off the new features like kitguns (modular secondary weapons, just like the zaw melee weapons found on Cetus) as well the long-teased arrival of Moa companions. And get this: Your Moa is completely modular as well, so you can determine what they look like and what their stats are – even dressing them in a top hat and bowtie! Also offering a new spin on things, we have Venus’ alternative to Cetus’ fishing as Fortuna will have you trying to capture wildlife on the new planet for conservation. And not to forget, there are also giant spider-tanks and more!

Warframe is a game that has never been short on ambition, but what DE is doing here is simply blowing away any expectations people may have for a free-to-play game. This simply puts to shame many AAA titles, and I can’t wait to try it all out.