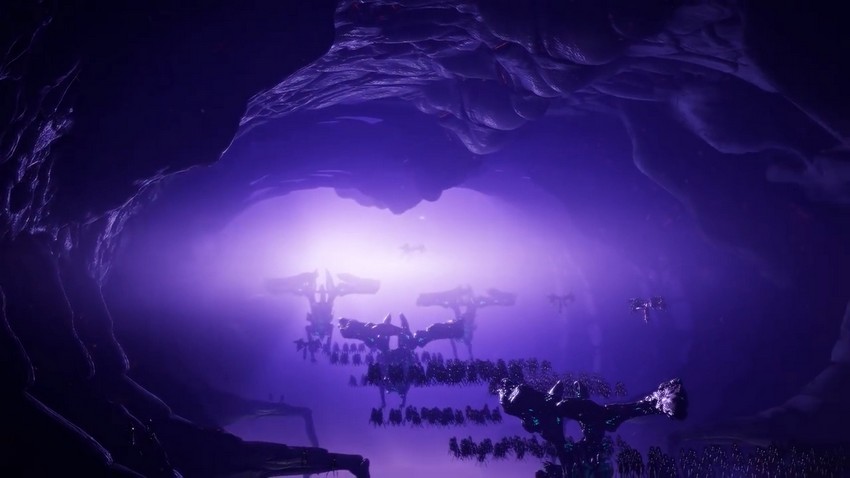 Damn it, the lied to us! Leading up to The Sacrifice, Warframe’s most recent cinematic quest, the story expansion was billed as the final chapter in the trilogy that began with The Second Dream and continued with The War Within. Except, if you’ve played through The Sacrifice, you would know that there’s nothing final about it. As you finally take control of Excalibur Umbra (the new feral Warframe, who provides the key to understanding the origins of these creatures) and use it to defeat the ancient Orokin leader Ballas, he dies before revealing where he took your beloved “space mom” Lotus after kidnapping her.

Turns out though, “kidnapping” may have been too strong a word, as Lotus simply went home and is now seemingly back to her old Sentient ways, complete with a brand new overgrown robotic look. But how was she converted back to the Sentients after her love for the Tenno caused her to change sides so long ago? And if Lotus is back on the side of the Sentients, why did she send the message that led us to Excalibur Umbra in the first place? Also, who is her “mother” that has seemingly been pulling the strings behind the scenes this entire time?

Well, it looks like all those questions and more will be getting answered (we hope) in The New War, the brand new upcoming cinematic quest that was revealed at Tennocon 2018 last night.

So in case you’re lost and weren’t paying attention during the Sacrifice, the Old War was kicked off when the Orokin Empire sent their synthetic Sentient servants to the Tau system to find new worlds. When the Sentients arrived in this idyllic paradise though, they realised that the Orokin will probably exploit and spoil it, just like they did Earth, and so instead revolted against their masters to prevent them from ruining the galaxy further. Ballas took the Orokin’s best Dax soldiers and forcefully mutated them with the technocyte virus into powerful creatures using a Helminth – like the one seen in your shop – and sent them against the Sentients. However, the mutation process broke the minds of these new “Warframes”, leaving them practically insane.

Ballas turned to the research his late human lover Margulis had been conducting into the Tenno – Orokin children given great powers in a mysterious accident in the Void – and used them to control the minds of the Warframes through Transferrence, resulting in a devastating new force that helped them turn the tide against the Sentients. However, angry at the death of Margulis caused by the rest of the Orokin condemning her research on the Tenno, Ballas would leak the whereabouts of the Tenno’s physical bodies to Hunhow, the leader of the Sentients and Lotus aka Natah’s father, kicking off the events in The Second Dream. And now, even though Ballas is seemingly dead, it would appear that his revenge plan is still being acted out in some form as The New War with the Orokin is about to begin. Seeing as how the Tenno are the only remaining Orokin, so to speak, I’m guessing their future is not looking too rosy.

Developers Digital Extremes have not revealed a release date for The New War, but we know that the Venus open-world area Fortuna is the next update later this year, followed by Codename: Railjack. It took about a year after the first tease for The Sacrifice before it was released, so I’m guessing we’re looking at a similar timeline for The New War.