Home Gaming What is Minecraft?

We’ve all seen these amazing things made in MineCraft, but when I ask people if they’ve ever played, or wanted to play the game, they simply say “It’s just a sandbox game”, or “I’m not creative enough to play it”. These two comments are the greatest misconceptions of what MineCraft is really all about.

The core of MineCraft, when left on the default settings, is that it is a survival game. You start off with absolutely nothing, and very little time before the sun goes down. You have to act fast, finding food and building weapons and a rudimentary house (or hovel, or hole in the ground) to keep out the Zombies, Skeletons, Creepers and Spiders. Your chances of survival dwindle very quickly if you’re out in the open when night comes. 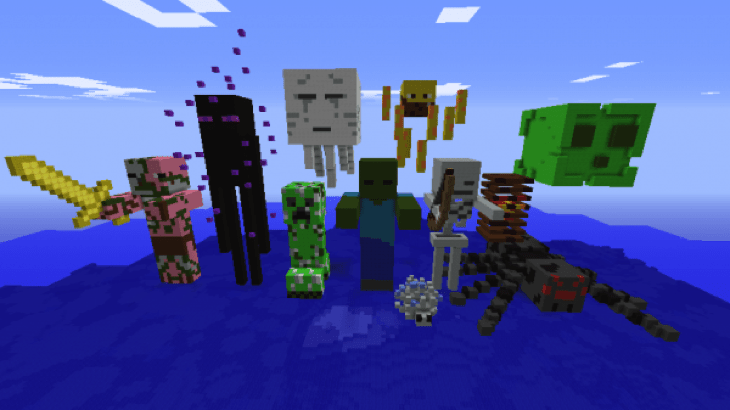 MineCraft is very much an RPG. While many would disagree, a levelling system has been included with the improvements and patches to the game. These levels are gained by killing players, mobs and animals, mining blocks (like Iron, Gold, Redstone, etc), smelting metals, fishing and getting animals to breed – all provide you with experience orbs. Once you gain enough experience orbs, you level up. There aren’t “stats” like your average RPG, but these levels can be used to enchant your armour, weapons and tools at an enchanting table. The enchants give you different abilities like mining faster, greater defence against fire and slowing the rate that items break. 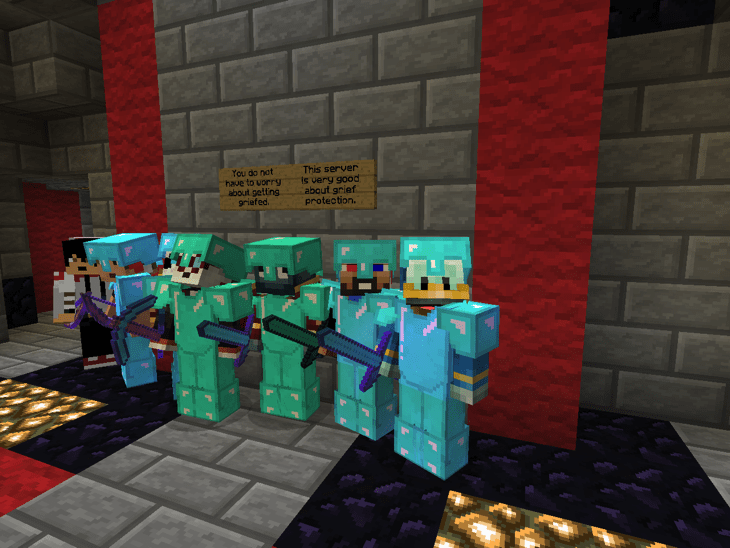 The multiplayer in MineCraft is actually what “makes the game”. You can team up with your friends and create grand castles, or go into the Nether to fight harder mobs, or you can build an arena and have epic PVP fights to the respawn! The possibilities for multiplayer in MineCraft are almost endless. To really create a thriving, beautiful and fun world, you need to play with a group of people, it makes life that little bit easier, and it’ll make MineCraft a lot more fun. 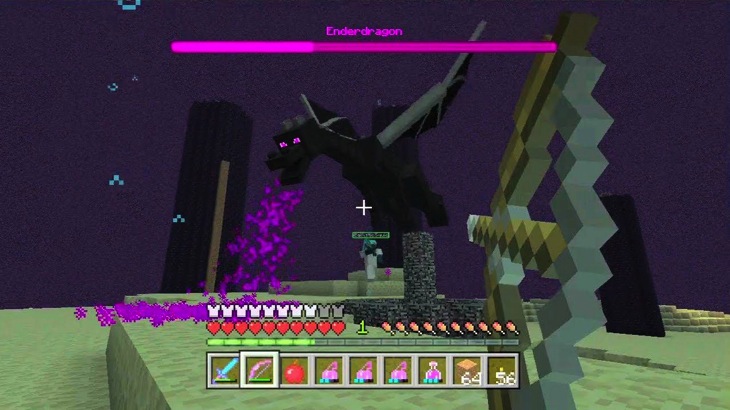 Not many people are aware that MineCraft has an end boss, never mind a story behind it. The actual aim of MineCraft is to prepare yourself for the epic battle against the Ender Dragon in The End. Once the Ender Dragon is defeated, then the story (however vague it is) comes to the fore and you get an idea of why you’ve been gathering all that diamond equipment in the first place.

For the most part, MineCraft is about having fun and playing around with each other. However, just a couple small etiquette reminders – not just for our server but for any MineCraft server. Please remember that people work hard to build their creations. Whether or not you like them, it’s not for you to break their stuff. So, if you didn’t build it, assume that you shouldn’t be breaking it. On a similar note, people have to slave for hours to get their precious materials, putting them in chests until they build their dream creation. Just as you wouldn’t go into someone’s real home and take their stuff, it’s not right to take other players’ things in MineCraft.

So now you know a bit more about MineCraft, and if you’ve only just acquired the game, go play a little single player, and then head over to our MineCraft server (minecraft.lazygamer.net:25655) and join in the fun there. We do have Nether portals, but no one has found a portal to The End just yet.