Home Gaming What’s the point of the Helldivers DLC? 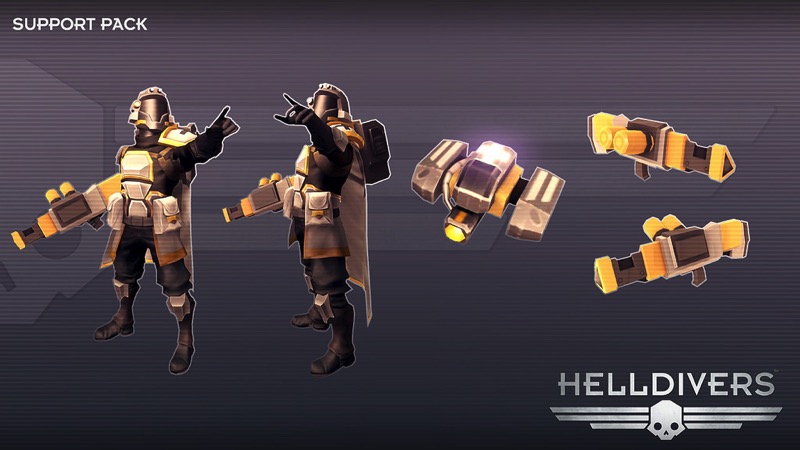 I reviewed Helldivers not so long ago. In fact, the game only released at the beginning of this month. I’m still playing it, which says something considering my backlog, and it’s become my go to game when I’m not busy with a review title. Now it’s getting DLC, and I’m not convinced.

Here is a trailer for the Reinforcement Packs:

Helldivers has obviously been doing well since launch with 53 000 people grabbing the Dancing Queen trophy. 9 million Helldivers have been killed, 2.3 million of which to friendly fire. The numbers are growing and the game is a ridiculous amount of fun. But the new gear DLC is rolling out from today and I’m not sure it’s worth the price tag.

Each pack contains a new uniform (which is purely cosmetic), a new weapon and a new stratagem. While some of these seem cool (I want that backpack repair drone) it is one way to alienate their community. Part of the appeal of Helldivers is that everything is unlocked through gameplay. Want an awesome tank like I’ve got? You’ll need to complete a bunch of suicide missions on a specific planet to get it done. Coveting that other player’s mech suit? Go find the right planet and you can get one of your very own. It’s the first time I’ve ever had gear envy in a game, and it works like a charm. Now, with new DLC, people will have cool equipment that can’t be unlocked in-game and will make other players frustrated rather than jealous.

It seems a bit strange to be releasing DLC so soon, especially of this kind. People are enjoying the game, despite some connectivity and camera bugs. Why is the studio releasing some irritating and unimpressive DLC at this point? I don’t mind all DLC – for a game like Helldivers it can help to keep the game fresh and interesting. But add unique planet types, or game modes, or special goals and achievements. This just feels like a cheap money grab. You can buy each pack for €2.99 or all three in the Helldivers Add-On Bundle for €5.99 – no, it’s not a ton of money, but considering that it’s about a third of the full game’s asking price, it feels disproportionate. While it’s not pay to win, it certainly feels like some bad DLC policy and I have to wonder who thought this was a good idea.

I will still be playing the game, but if they keep up with DLC like this, I might stop seeing the allure.