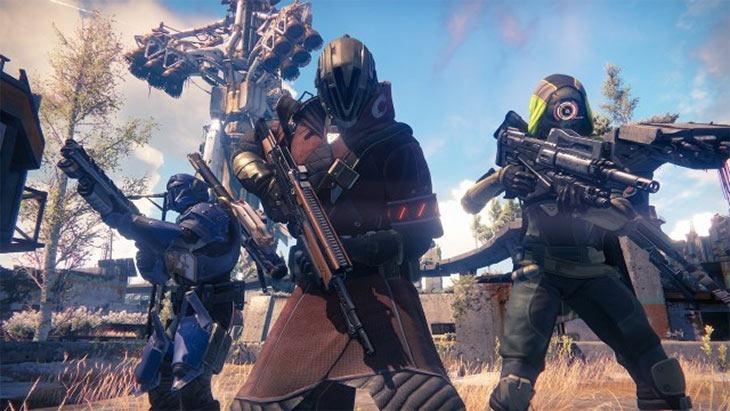 [CLOSED] So you’ve heard about Destiny. In fact, you’ve heard LOTS about Destiny! Yet, you still don’t have any first hand experience, or no access to the mythical-yet-somehow-everybody-but-you-has-one beta key? Tata ma chance, tata ma beta keys right here as we have a few to give away!

Thanks to the folks at Megarom, we’ve got 100 beta keys to give away. Yes,, you’ll be getting your keys a little later than those who pre-ordered the game, but whatever – you too get to participate in the beta and see what all the fuss is about.

You’ve still got plenty of time to do it;

Remember, the keys themselves are not platform specific, so you’ll be able to play the beta on PS3, Ps4, Xbox 360 or Xbox One.

If by some chance you have been AFK from life for the past year or so, Destiny is an upcoming online multiplayer game from Bungie, the developers that gave the world Halo. It is a first person shooter, mixed with some RPG elements. Initial impressions of the game have been pretty positive, and you too can now visit futuristic Earth, assuming you have lady luck on your side!

All you have to do to stand a chance of winning one of 100 beta keys is to fill in the form that you’ll find here [Competition closed]. Note that Gmail (+) aliases, disposable email addresses and spam will be deleted, rendering you ineligible for the prize.

Winners will be mailed directly by Megarom tomorrow. GET ENTERING.