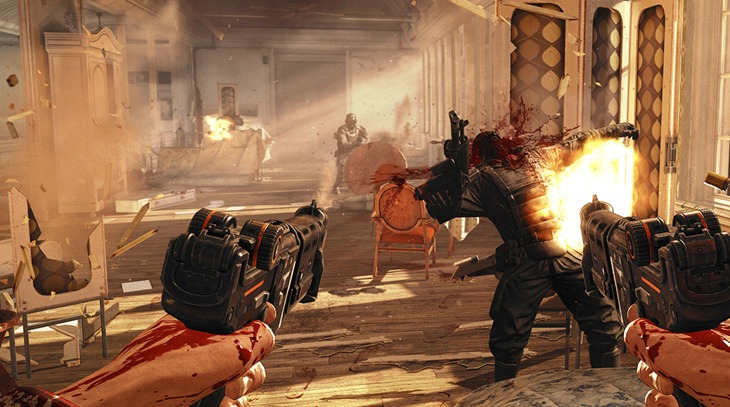 The last Wolfenstein game was, quite simply, crap. Dull, generically designed and thoroughly boring. But you can’t keep a good franchise down, and it was only a matter of time before a new Wolfenstein arose. And this one looks like it has the reich stuff.

May 20 is the date that the game launches, in case you did Nazi see that coming. Well, that’s the US date at least, because we’ll get the game a few days later on May 23. In order to bait in some pre-orders, anyone who orders the game early will also get to beta-test Doom early.

Yep, Doom is still alive, and you can find more details on the sign-up for that beta with this link. Here’s the latest trailer for Wolfenstein: The New Order. Boom boom boom.

In case you can’t watch the video above because of your workplace Fuhrer saying that YouTube videos are verboten, here’s the low-down on the game. It’s 1960, and the Nazis won World War 2. Naturally, they’ve imposed their will on the world by defacing various monuments (THE BASTARDS!) and it’s up to one determined soldier by the name of BJ Blazkowicz. And his many, many guns.

Geoff saw the game back at E3 and quite dug it, emerging from the closed door session and constantly referring to me as ein Amerikaner Schweine-hund. I think he may have gotten a tad too enthused. At Gamescom, we also got a chance to talk to the creative director, Jens Matthies.