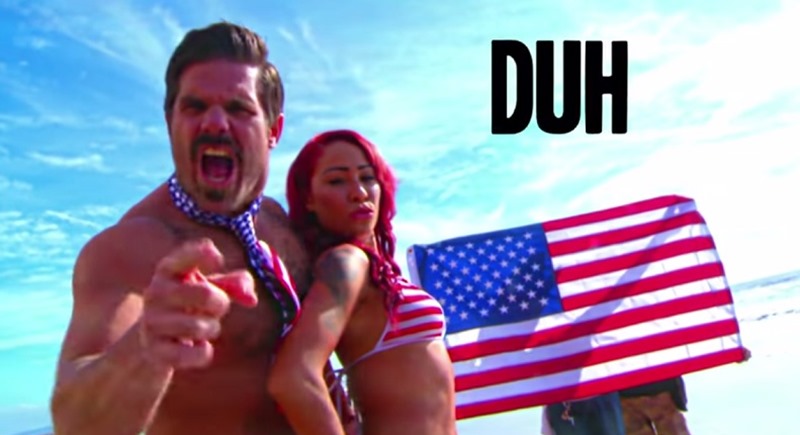 When you think about, shows from the WWE, TNA and Ring Of Honour brands are balls-crazy events where oiled-up muscle men pound the living daylights out of one another on a weekly basis. It’s also at this point that a smartass will show up and tell you that “wrestling is fake”. Well no s*** Sherlock. Thing is, wrestling isn’t wrestling. Not in any way whatsoever. And that, is a fantastic concept.

At least that is, according to Hollywood’s Max Landis, as he examines the rise, fall, sledgehammer and Degeneration X-ing of WWE superstar Terra Ryzing AKA Hunter Hearts Helmsley AKA Triple H. Check it our below, and prepare to giggle:

I love me some good wrasslin’. It’s not the gaudy costumes, the ridiculous storylines or the steel chairs that grab me. It’s watching a quarter-ton man meat fly through the air with enough grace to break the laws of physics while putting themselves in some very real danger, that has me hooked. I mean, think about it: Good vs. Evil, it’s on several times a week and a show always ends with a cliffhanger.

Wrasslin’ is essentially a male soapie starring an undead preacher and a lumbering colossatron from india. And I wouldn’t have it any other way.