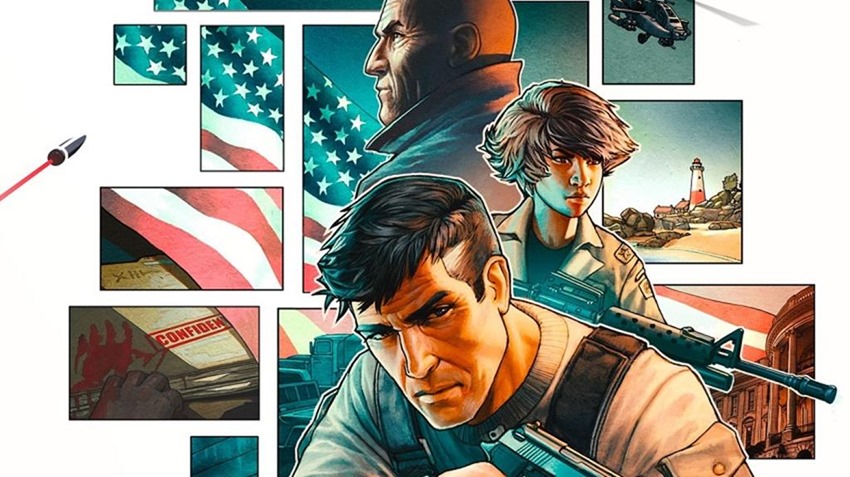 Sandwiched between the launch of two next-gen consoles, and roughly 73 trillion games, the remake of cult classic cel-shaded shooter XIII probably flew under your radar. That’s not to say that the game didn’t have fans, but those people who decided to slap down some cash for nostalgia? They weren’t exactly happy with the end result, which saw a memorable tale of a Bourne-again fella with amnesia reclaiming his memory one bullet at a time, reduced to a stock standard shoot ‘em up.

The charm of XIII when it was released was that it took its Belgian graphic novel source material and stylistically adapted it to suit the game. Cel-shaded games were still a rarity back in the early 2000s, and playing through a proper comic book experience was a groundbreaking experience when XIII was released. And a hell of a lot better than its other comic book-styled competition, Drake of the 99 Dragons. Let’s not relive that turd turkey again.

Fans have been vocal in their displeasure, and developer PlayMagic and publisher Microids have responded in a joint statement regarding the rampant sourness around XIII’s remake. “Unfortunately, players’ expectations have not been met by the launch version and we hear loud and clear the legitimate criticism and disappointment. First and foremost, we would like to offer our most sincere apologies for the game’s technical issues,” they added via PCGN.

In its present state, XIII does not meet our quality standards and we fully understand players’ frustrations. The pandemic has impacted the game’s production on many levels. Pivoting to home working for the teams has added unexpected delays in the development schedule and the QA process. We hoped we would be able to provide a Day One patch fixing all the issues but the development of this update is taking more time than expected.

Finally, know that we are working on a detailed road map highlighting the upcoming free additions to the game content like new levels, weapons, skins and modes for the local multiplayer.

The statement from the duo goes into full we’re listening territory, assuring players that multiple patches are in development so that XIII can “reach the quality level we all expect for the optimum gaming experience”. Bit of a weak excuse seeing as how few people would have whinged if XIII’s remake was pushed to 2021 instead of being rushed to market during one of the busiest Q4s of recent memory, but okay dudes.

On the plus side, the original and much better XIII can still be snatched up for next to nothing, if you’re really desperate to relive Ubisoft’s great little shooter as it was intended to be. A few mods to bring it up to speed, and you’ll be in business.