Home Gaming You can download the FIFA 15 demo today 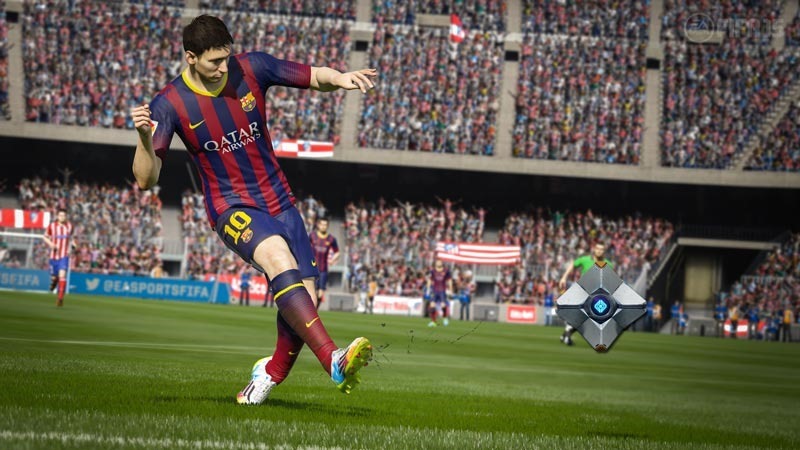 FIFA 15 is coming later this month to the new generation of consoles and PC. For a change, the PC versions is actually going to share the same underlying engine and technology as the console versions. Yes, it’ll be using the fabled Ignite Engine for more realistic everything. And you’ll be able to give it a test run today.

EA’s confirmed that you’ll be able to download a demo for the footie sim on PC today, to see how it’ll run on your own PC, two weeks ahead of release. It’ll also available right now on Xbox One, and will be heading to the PSN later. On the Xbox One, it’s not locked behind some sort of subscription like EA access.

“The FIFA 15 PC demo is a fantastic and free way to test out if your gaming rig has the right stuff,” says EA.  “When the demo goes live, it doesn’t cost you a thing to check out the performance of the game on your gaming PC. What you experience in the FIFA 15 demo is just a sampling of the full FIFA 15 game, but it’s a perfect test of the Ignite Engine on your PC. Tweak the settings to get the most out of FIFA 15 on your gaming rig.”

Here are the recommended specs for the PC version, if you plan on getting it for your ‘puter.

That’s pretty reasonable stuff. The last FIFA on Pc was a gimped version missing many of the things that made FIFA 14 different from the previous one – but this time it’ll be the same. I don’ know though; something like FIFA strikes me as a purer console experience; especially when you have 3 mates around with controllers shouting at the TV.

But hey! At least those of you who won’t be playing Destiny today could be playing something new and shiny. Caveat; you’ll need to have Origin installed.