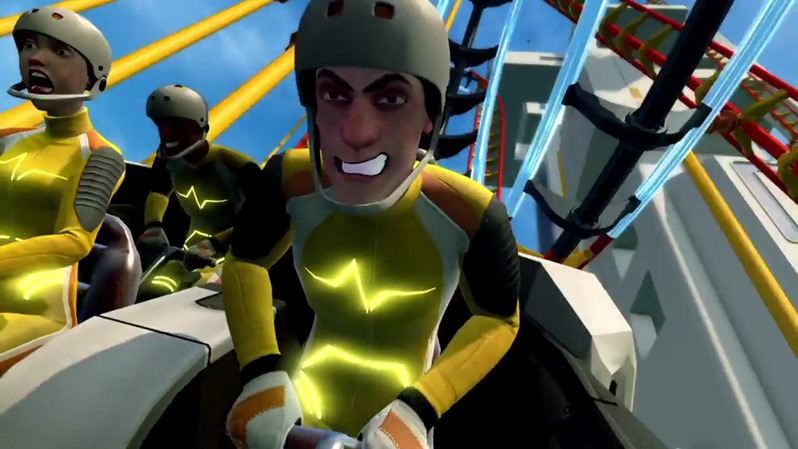 One of the weirder announcements at Microsoft’s Gamescom press conference this year had to be Screamride. A game that looks extremely similar to Rollercoaster Tycoon, but isn’t. The game didn’t exactly , uh, scream next-gen in any real way, so why was it given the spotlight on Microsoft’s stage? Maybe because it lets you break everything. Literally.

Xbox’s Major Nelson sat down with Screamride’s executive producer to figure out just what the game actually is. Is it an action game? Is it a full-blown simulator? Will players be able to create loops so fast that unfortunate riders have their eyeballs sucked to the back of their heads? You know, all the really important questions that I would’ve had for a game like this.

Turns out that Screamride might actually be something to keep your eyes on, if you’re a fan of setting up destruction. Not only will you be able to blow up rollercoasters mid-ride, you’ll also be able to control the cart to cause even more destruction with the buildings around you. Screamride is said to offer “Unprecedented levels of destruction that have never been done before”. You hear that Battlefield? Feel free to leave through the door marked Levolution.

Screamride also looks like it’s solved construction with the controller. Building massive, intertwining rollercoasters with ease is crucial to the entire experience, and just the brief footage shows off a system that looks fairly simple to use. So you’ll be racing down, through and hopefully off your creations in no time.

It still looks like more of a distraction than anything else, but at least now it’s looking like a far better one than at E3. Screamride launches exclusively on Xbox next year.