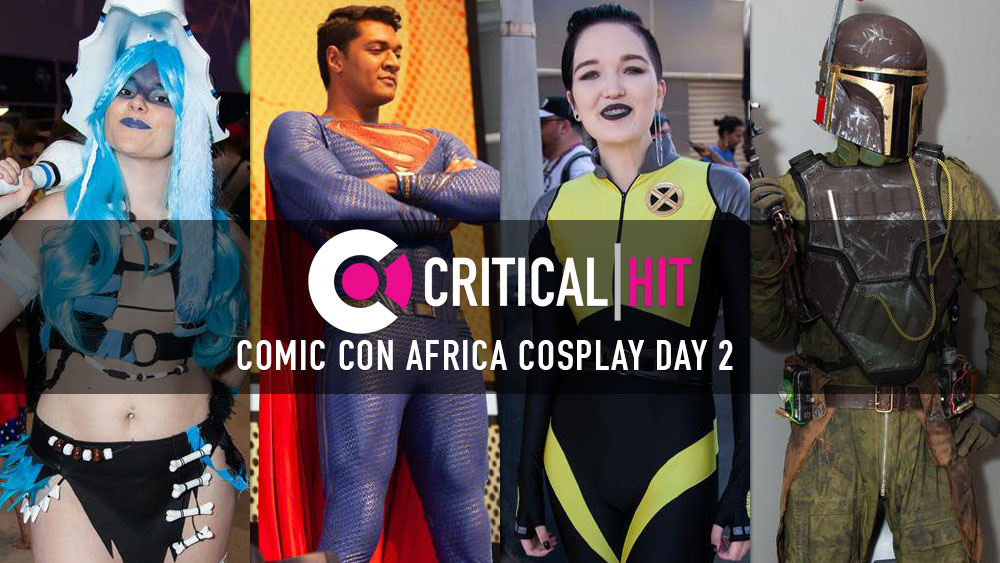 While the first day of Comic Con Africa saw some epic cosplay, the fans and cosplayers on day two pulled out all the stops. Not only were the serious professionals competing in the Cosplay Masters, a massive amount of fans dressed up for their first ever event.

Our own Darryn pulled off an incredible Batman from Batman v Superman: Dawn of Justice, you probably saw him sweating his bat-balls off. If you didn’t manage to get close enough with all the crowds that mobbed him, you would have heard that his cosplay was complete with a voice modulator, to get that perfect “MARTHA!” growl.

Noelle was once again representing Shadow of the Tomb Raider at the Xbox stand, where I joined in as Classic Lara from the original Tomb Raider games. Let me tell you, choosing an outfit that consists of shorts and a tank top was a great idea for the heat of this past weekend!

There were so many good cosplays from Saturday, it’s hard to choose the ones I liked best as they were all absolutely brilliant. There were numerous Laras running around and I had to get photos with basically all of them. Noelle found a great Nadine from Uncharted: Lost Legacy, and of course JaridFX was a highlight in his amazing, full body latex, movie accurate Predator. If Darryn thought he had a tough time as Batman, Predator was on a whole different level.

As random as they may seem, the two cosplays that I was most excited to see were Negasonic Teenage Warhead from Deadpool 2 and Okoye from Black Panther, both characters that I absolutely love. Check them out in the gallery below! Thanks again to Leigh Benson Photography for running after all the cosplayers and getting the excellent photos. If you like what you see, go check out her website!

P.S. The Champions of Cosplay competition also took place on Saturday, but we’re waiting for the official winners’ list from GES Cosplay before we dedicate an article to the Cosplay Masters.