Home Gaming Shadow of the Tomb Raider – A Cosplay Diary

The Tomb Raider franchise has always had a place for real-life Lara Crofts. In the early Core-Eidos days of the series, the release of each game saw a new model and/or actress step into the boots of the aristocrat archaeologist for promotional purposes. Fast-forward two decades or so, and it’s cosplayers serving much the same purpose, popping up at reveal events and gaming expos around the world as Official Tomb Raider Cosplay Ambassadors.

Development studio Crystal Dynamics has supported the process in the Reboot Lara years, providing cosplay gear guides for 2016’s Rise of the Tomb Raider, and this year’s Shadow of the Tomb Raider. This is even though the Californian studio has taken a step back and is only supporting lead developers Eidos Montreal on the 14 September cross-platform release. 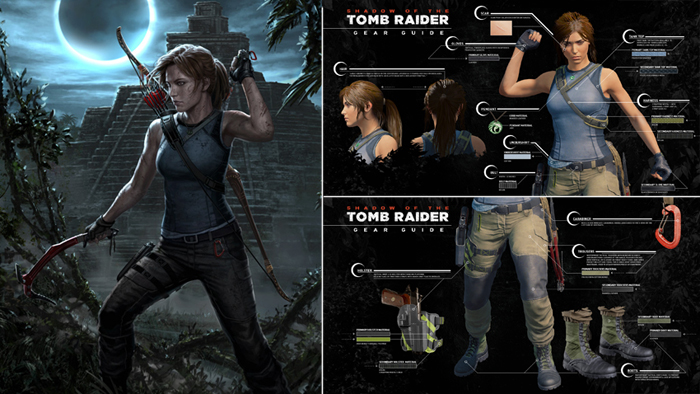 Looking at the Shadow of the Tomb Raider cosplay guide, Lara’s costume for her South American bundu-bashing (and Trinity-slashing) comes with far fewer components than its Rise equivalent. Lara is less burdened with accessories, but her outfit is arguably more fiddly. If you’re going for accuracy, there is almost nothing here that you can pluck off a store shelf and wear without some serious modification.

With this series of videos, though – through an exploration of my experiments and experiences (expect both successes and failures) – we’re going to show you how to get it right. More importantly, we’ll be placing emphasis on creating a con-safe outfit that won’t break the bank, and consists of readily available components.

Because although the situation is slowly changing, cosplayers in South Africa, like in many other countries, don’t have the same resources available to them as their First World sisters and brothers. 3D printing is still prohibitively expensive. Worbla, and equivalent thermal plastic products, are hard to come by. And without turning to specialist providers, even Eva foam options are limited. Plus, we can’t just pop on to Amazon for overnight delivery of everything. This ongoing video diary will be looking at ways to overcome all those hurdles.

In the first clip above, you’ll find an introduction to the project, a mention of the online cosplay resources I’ll be using, why I enjoy cosplay, and why Tomb Raider cosplay crafting is unusual in that it puts you in character right from the start.

Hopefully this series will be useful to all you aspirant Shadow Laras.