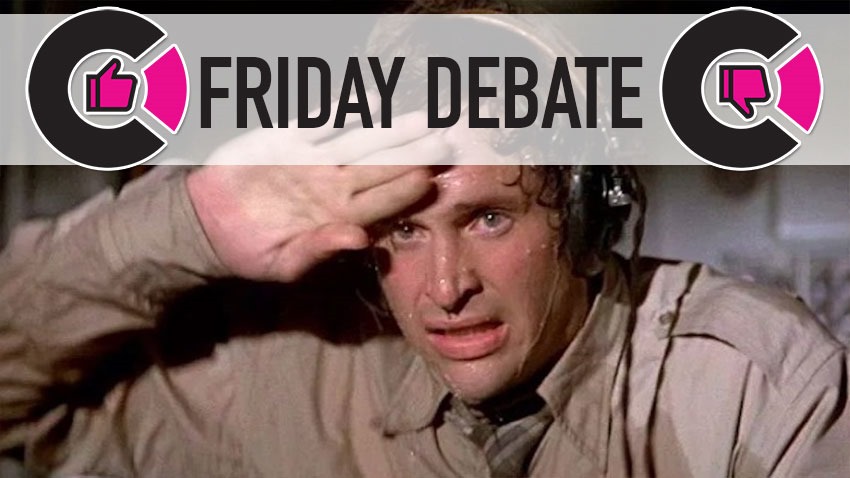 Bugger the originally scheduled plan for today’s gaming-related Friday Debate. It’s time to settle a more important issue, once and for all: Deodorant. I think we can all agree that using the stuff, is good. You’ll find no argument from me regarding people who take a few seconds to actually apply some chemicals to their armpits which help them to not smell like they’ve been run over by an onion truck.

What is up for debate, is the method of application. In today’s society, we have two such ways to get your pits smelling good: A spray-on deodorant which commercials always show being applied to everywhere but your olfactory dispensers beneath your arms, and a stick of concentrated fragrance that you can just roll on.

Personally, I’m a fan of the stick. Not that weird ball-jointed lubricator that you find in shops, but the armpit bar of soap that you can whip out at a moment’s notice. It goes on quick, lasts you a day easy with just one application and it actually lives up to the hype in even the dankiest of weather. Spray-on deodorant however?

That’s just asking for trouble. It requires multiple applications, most guys use too much of it and become walking gas attacks whenever they leave the house thanks to the overpowering musk. It also always leaves your clothing drenched in a nightmare concoction of sweat and chemicals, is bad for the environment and it totally doesn’t see a mob of ladies surround you as they’re driven wild by your sexy man-musk that the adverts try to sell you on.

I did once get cat-called by a pack of pigeons after using Axe, which may be the reason why I’ve sworn off the stuff.

Thing is, some people swear by spray-on deodorant an abhor a speed stick or Old Spice roll-on. How about you then? What’s your preferred method of smelling clean? Is there a magical third alternative? Do you overdo it with the spray and exist as a haze of some trendy market-researched name like “Cool Ice” or “LADIES WILL SEX YOU IF YOU BUY AXE”?

Let us know in the comments below, especially if you prefer stick to spray because clearly that’s the best method for keeping your pits smelling like roses. Clearly.