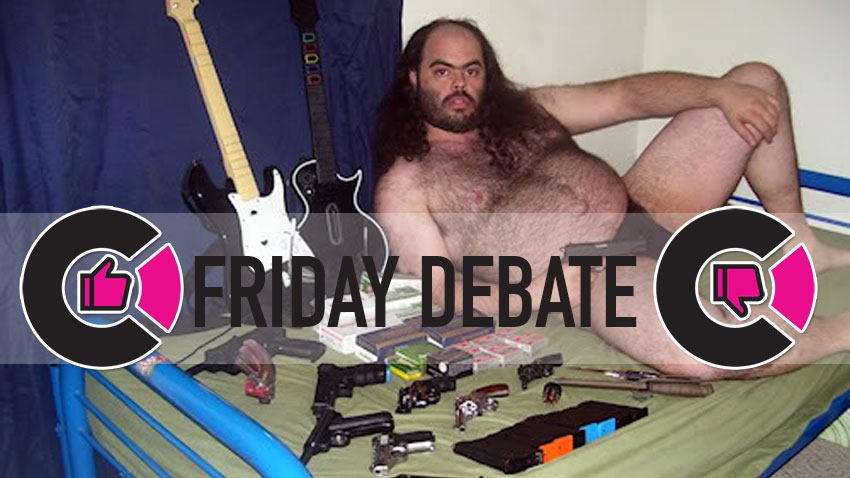 Guns! As far as weapons go on a consumer level, they’re the final answer to any conflict. Widely available, not too difficult to obtain and usually wielded by law enforcement figures or trained civilians who understand that with great firepower there must also come great responsibility, guns are here to stay.

In the right hands, guns have their use. If you’re hunting for survival (and never for sport because that is just wrong), looking to protect yourself from intruders or merely engaging in keeping your eyes sharp at a target range, guns are safe. Most of us will stick to digital equivalents, but the mjaority of us who have handled anything from .38 pistol to a pump-action shotgun do know that these deadly tools should only be in the hands of people who understand their power.

It’s just a shame then, that guns are more of a curse than a useful tool for anyone who happens to live in the US of A. Now I’m not saying that gun violence only happens in North America, but the numbers behind gun-related crime on that side of the globe is staggering. Every week seems to bring news that a new mass shooting has erupted, as mentally disturbed individuals are somehow able to easily procure assault rifles with which to carry out their horrific plans.

You aski anyone in the US how this tide of violence can be stemmed, and the answers are divisive to say the least. People leaning on the left ask for simple legislation that would include kill-heavy bump stocks being outlawed along with high capacity magazine drums and maybe even a quick background check of anyone who wants to buy such gear, while those on the right lean on their rifles and refuse to budge because of their out-dated second amendment right that they worship:

It gets even worse of course. America’s National Rifle Association openly bribes elected government officials to bury any legislation that would have an impact on gun sales, while an open market exists that allows for gun nuts to get their hands on whatever weapons they want. It’s an incredibly complicated issue, with many root causes, symptoms and other societal ills that needs to be looked at and addressed.

So how would you fix the problem, if you were in power and you didn’t happen to be an walking sack of pig testicles in orange tan spray that could barely string a coherent sentence together? Australia and Japan are good examples here, countries whose strict gun laws haven’t completely eradicated the problem but have at least managed to drastically reduce the lives lost to an epidemic that is becoming uniquely American.

Me? I’d take a page out of Chris Rock’s book and jack the price of bullets up to an insane degree. That way, concerned lawmakers would finally have a loophole around that pesky second amendment. Ain’t nothing mentioned in that out-dated scroll about the right to bear bullets.

So, the question is, how would you save America from the scourge of firearms?