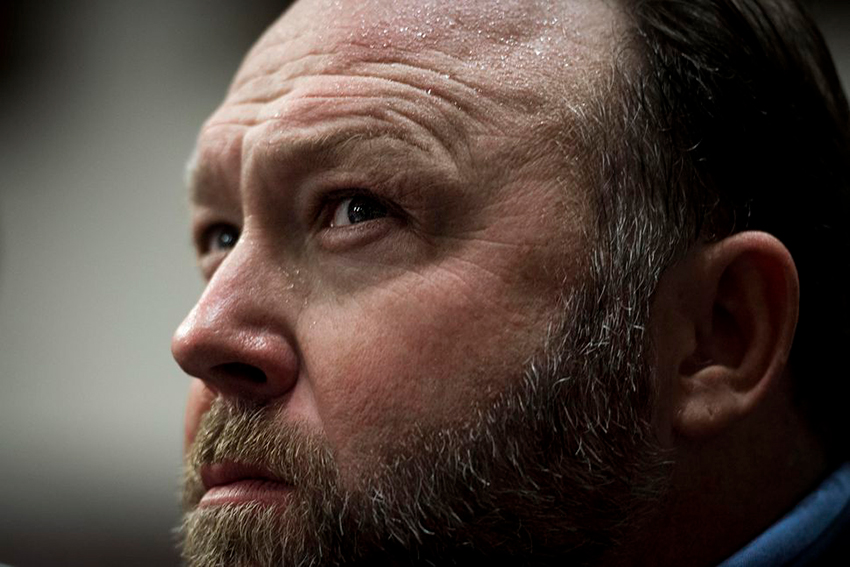 Alex Jones is not a name you would easily associate with gaming and yet he has somehow created a huge dilemma within the gaming world, particularly esports. For those not aware of Alex Jones, here’s a short excerpt from his Wikipedia page:

“Alexander Jones is an American radio show host and conspiracy theorist. He hosts The Alex Jones Show from Austin, Texas. Jones runs a website, Infowars.com, devoted to conspiracy theories and fake news, and the websites NewsWars and PrisonPlanet.

Jones has been the center of many controversies, including his promotion of Sandy Hook Elementary School shooting conspiracy theories, and his aggressive opposition to gun control in a debate with Piers Morgan. He has accused the U.S. government of planning the Oklahoma City bombing, the September 11 attacks and of staging of Moon landings. 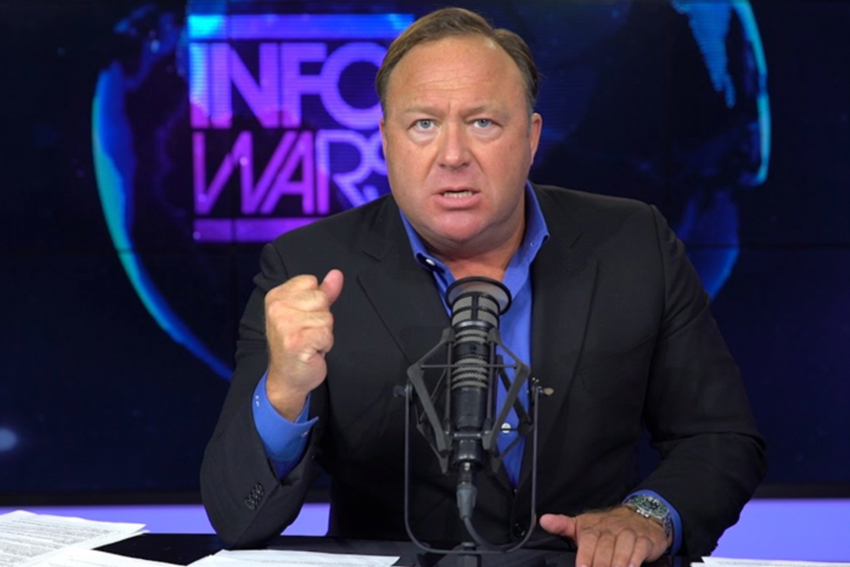 Only recently however, companies have begun to push back on the outspoken conspiracist. The list of companies that have ejected Alex Jones from their platforms is as impressive as it is long. Facebook, Pinterest, Apple, Spotify, YouTube, MailChimp, Vimeo, LinkedIn and now even Twitter all removed him citing various reasons.

During this corporate backlash, many started to cite fears of censorship & it is at this point that Duncan ‘Thorin’ Shields stepped in. You can read the polarizing thread for yourself:

Alex Jones is a G and always has been. If you're one of those people who thinks they have to say "yeah but he got this thing wrong so you can't just believe everything he says" then here's a news flash for you: that's how you should approach literally everyone.

Thorin summarised that his point was not about Alex Jones, but rather about not accepting everything you get at face value.

The entire point of my thread centered not around Alex Jones but around not accepting third party skewed representations of people and their work. Of course, many then did just that and repeatedly lied publicly about what I must believe or think.

If you don't speak up to protect opinions which are unpopular from being censored then one day it will not be possible to say almost anything of value on the internet, for so many important points and concepts begin as unpopular.

Regardless of the point you’re trying to make, prefacing your argument with “Alex Jones is a G and always has been” is not going to go down well. The gaming community’s reaction was swift & merciless. People expressed dumbfounded shock at his stance on the matter. Some berated him for being a figure that the community was supposed to look up to. Others still resorted to, what is tragically the status quo on the internet, name calling and insulting him for his views.

Amongst his colleagues & peers, there was a more nuanced discussion around how much his statements hurt esports overall & if there should be repercussions for him personally. In the end, the result was a community divided on how to deal with one of its prominent “bad boys” in the industry. 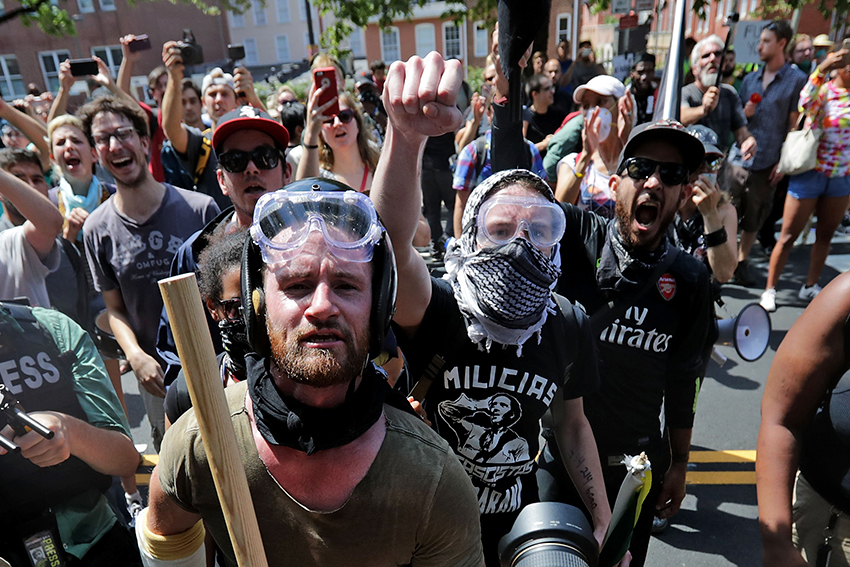 The infiltration of America’s Right vs Left politics

American politics has enthralled the world for decades. It’s what comes with being “the leader of the West”. The world watches with bated breath when it is American election season. You would be hard pressed to argue against the notion that the American presidential elections are a global spectacle. It’s no wonder that the current landscape of American politics influences past its borders of sovereignty.

Over recent years, for a myriad of reasons that are not relevant to this article, America’s two-party system has created a highly charged, largely divisive political landscape. From the rise of the Alt-Right & Antifa in response to that, American politics has become a more violent & aggressive iteration of its past self.

This volatile landscape has created & exacerbated a culture in gaming that has been harmful to the industry overall. It has perpetuated the problems that have led to the rise in Outrage Culture & Cancel Culture. This creates a lethal trifecta of toxic rhetoric, a blind eye to rehabilitation and an aggressive narrative that revels on the destruction of an opposing opinion without care for critical thought. 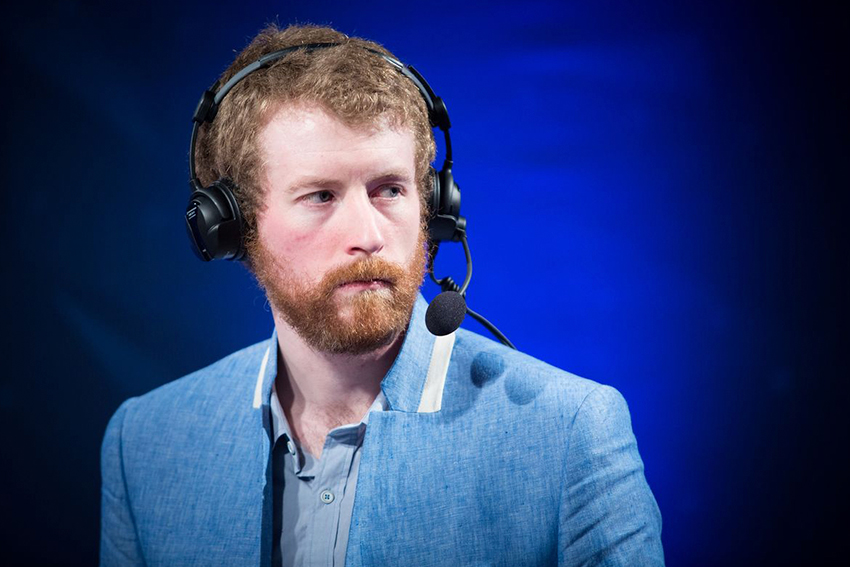 The reaction to Thorin’s tweet is an apt illustration of how America’s zero-tolerance attitude to politics affects esports, as well as gaming at large. The issue at hand was never whether Alex Jones is a good person or not, his track record speaks for itself in that regard. It was that Thorin gave an opinion that was contrary to popular sentiment, and was almost exiled from the industry for it.

In the era of Cancel Culture, where someone can be ‘cancelled’ from an industry swiftly & permanently, it is a dangerous time to be alive on social media. In the digital archive that is the internet, people can dig back years into your life to bring up old tweets or things you said that ‘cancel’ you today. This is what happened to James Gunn. 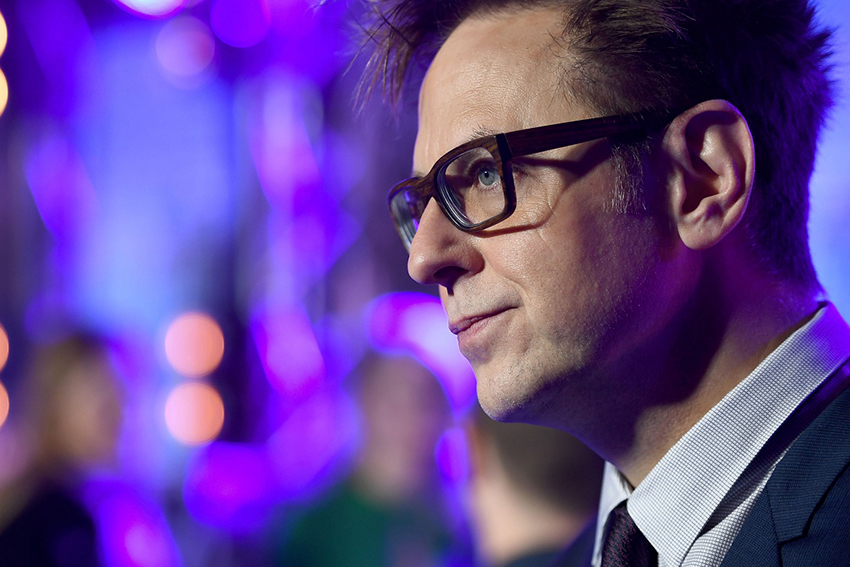 Due to American politics, even in gaming battle lines are drawn according to Left & Right. Almost every situation that occurs in the industry is seen through this lens and arguments are made alongside it.

South Africa brings its own flavour of politics alongside the American influence that makes traversing issues in gaming treacherous. Much like Americans, South Africans too gravitate towards demarcating battle lines on a single core issue, whether it’s relevant or not. For South Africa, that is race. The issue of Ashwin Willemse and his Supersport co-hosts immediately became a racial issue before any real information was known by the public. 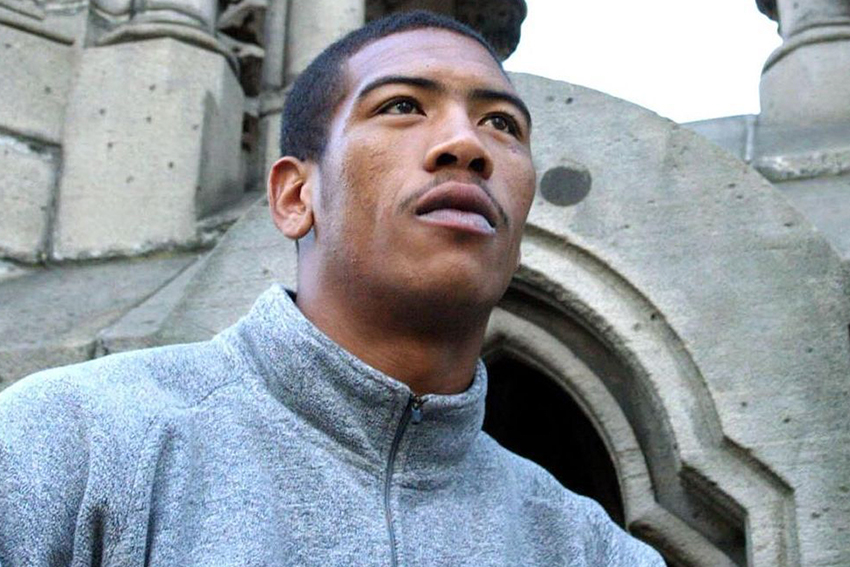 Race comes up fairly often in discussion when it comes to local gaming topics. Diversity, or lack thereof in the local scene is often brought up. With the rise of organisations such as Ekasi Esports however, this is slowly shifting. Nonetheless, it is an issue that adds a different perspective on other issues within local gaming & brings with it, its own tensions.

Companies too can suffer from their own politics. 2018 has arguably been the worst year for Riot Games, the creator of League of Legends. From the exposé by Kotaku which revealed a highly sexist and toxic culture within the company to the shambles that has been their preparation for Worlds, this year has not been going their way. 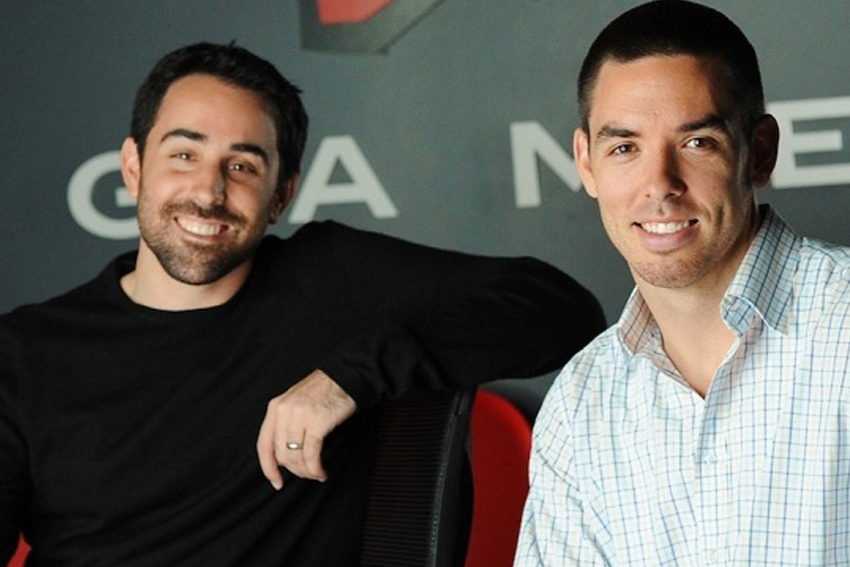 Things only got worse for riot when PAX West rolled along & Riot revealed plans to have a panel that was only for women and non-binary people. The reaction from the League of Legends community was fierce. People called out Riot for reverse sexism, a concept that in fact does not exist when you understand the definition of sexism.

Nonetheless, the feedback from the community was generally negative. Talent & popular figures in the scene also weighed in, each taking a side on the issue. In the end, two Rioters lost their jobs over the debacle, with allegations that it was down to their behaviour on social media with regards to the community. (The one Rioter called the League of Legends community “manbabies”) 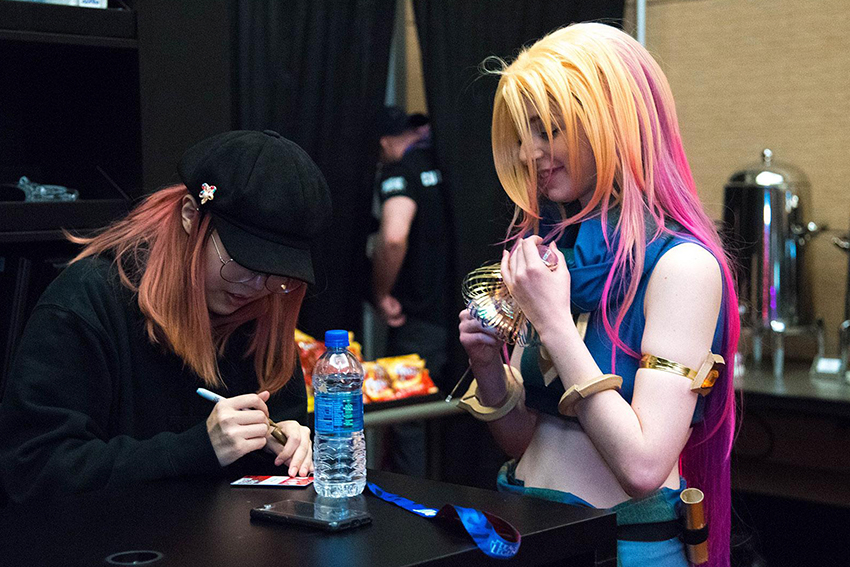 Companies are finding it more and more difficult to take a stance on politics and allow their employees to voice their opinions and exercise their beliefs in those politics. In fact, companies are struggling in general to traverse social media interactions between its employees and communities. Guild Wars creator ArenaNet had to deal with a similar issue when its employee clashed with the community and resulted in two employees being fired over their conduct.

Perhaps gaming companies can take a leaf out of Nike’s playbook when it comes to internal politics for companies. Nike’s latest campaign has stood staunchly behind Colin Kaepernick, Serena Williams, Caster Semenya and a host of other sports stars. The reason I mention those three is that they are currently in the midst of controversy and the timing of Nike’s campaign could not be better. 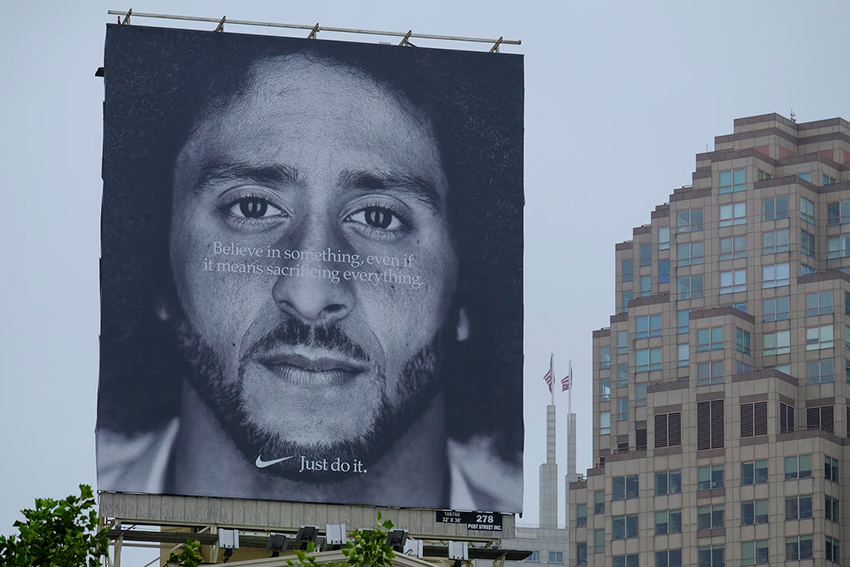 Particularly, the support of Kaepernick has led to conservative America burning Nike apparel & calling for boycotts, yet Nike stood firm in its beliefs. Maybe the way forward for gaming companies is to grow a backbone and stop bowing to the pressure of angry mobs. Companies should stand firmly behind the employees that have helped make the company what it is. Gaming companies shouldn’t stand for anything at all if they continually buckle under the weight of their beliefs and their politics. If your employees aren’t willing to break, neither should the company.

Politics within gaming has always been a contentious issue. Politics itself and the nature of the arguments doesn’t lend itself well to civil discourse but when you combine that with gaming, it makes for often explosive moments. Many argue that politics doesn’t belong in gaming at all and that gaming is just about having fun.

At times, this is the case, but more often than not, it isn’t. For many, they don’t get to switch off and just play games. For many, every day is facing issues that many want to dismiss as unnecessary politics. Whether you agree with it or not, politics in gaming is here to stay and it’s something that we all need to deal with. 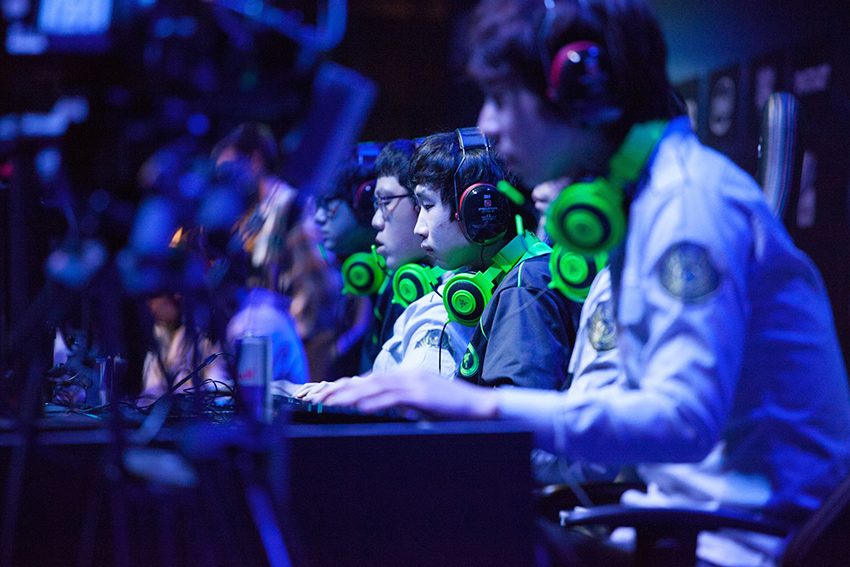 Restraining Cancel Culture & Outrage Culture would be a huge step forward in creating a harmonious environment for all. I rarely agree with Thorin’s opinions when it comes to politics, both in gaming & outside of it, but to call for his exile in the esports scene is absurd. You can disagree with people and still be okay.

Of course, some opinions become harmful and absolutely need to be called out and dealt with. That was the decision that many tech companies made about Alex Jones and rightly so. But those actions should be a last resort and should not be rejoiced. It is a slippery slope to censor someone and can lead to a bleak future if we’re not careful. Politics is here to stay in gaming – let’s ensure we don’t destroy ourselves and our scene trying to be right.