Airscape: The Fall of Gravity is an action platformer in which you take on the role of an octopus (code names: purple, blue, and orange) moving through a crazy alien world trying to save your fellow sea critters from an unknown evil. The game starts innocently as you, a rather cute and unknowing orange octopus, happily moving through the ocean at your own pace before a giant RED LASER sucks you (and presumably all manner of sea critters) from the ocean and hurls you to the world you’ll now navigate in order to search for, and save, your fellow denizens of the sea.

For a platformer, this is of course the entire story you need to set up for the hero (or heroes) to happily jump, dodge, and fall to the end of each progressively evil level. Airscape is the product of four students from around the world and is another of the indie titles that has successfully emerged from Steam Greenlight.

Airscape has pretty much got you covered in all the usual action platformer gimmicks. You’ll be jumping, dodging, and avoiding all manners of instant death from very early levels and you’ll be hard pressed in the early level s to see what all the fuss is about. But after the game is sure you’ve got the essentials covered (you know how to dodge lasers right?) it’ll quickly throw its curveball at you. And that curveball is gravity.

The only way I can really describe gravity here is that it isn’t really gravity. Essentially each platform (be that platform earth, metallic construct, or bodies of water) has its own form of gravity. So what starts as a 2D platformer where you go from left to right, quickly becomes a platformer where you move from left to right, then up into a body of water, then you fall further up onto another platform (huh? Come again?) before going right and ending just slightly above where you started.

This is all done as fluidly (and often with a little motion sickness) as you imagine, insofar as the screen rotation and screenshake mechanics allow. The screen always rotates so your octopus is facing the right side up, so that while you’re falling up, or jumping down, or running left to head right, you only ever have to deal with an octopus that’s upright (thus actually mitigating some of the overall confusion). Well, this is true most of the time. But when you’re in bodies of water just throw those rules out of the window because they have all their own rules and I don’t even know what is going on anymore.

This little twist of alternative gravity really opens up levels later in the game that are confusing, complex, and a sure pleasure to attempt for the sixteenth time. Because let’s be honest, you’re going to die. But I found I always died because I made critical errors and not because of poor level design. And because the game is just balls hard if, like me, you don’t still play Sonic the Hedgehog on a day-to-day basis. 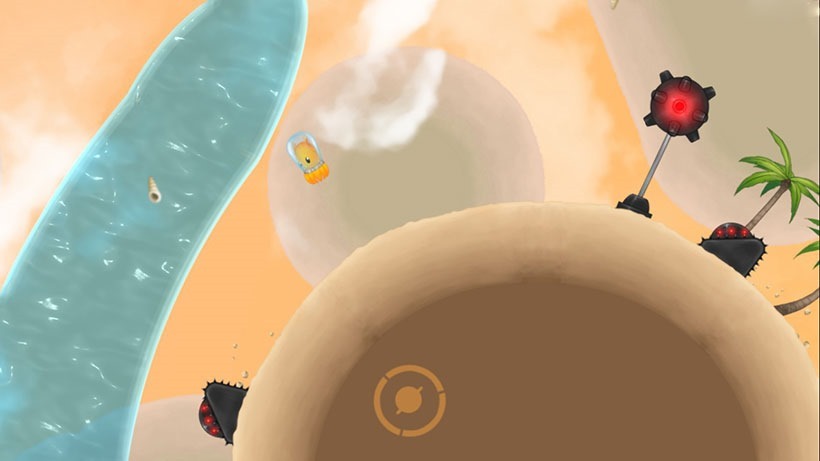 Most of the levels in Airscape are divided into zones. A new zone is only unlocked when our hero has saved enough critters from the previous zones levels. Each level usually has up to three critters to save, so advancing isn’t all that difficult. In fact, you could honestly just altogether skip certain levels if you’ve already saved enough critters to advance to the next zone. But know that you’re a terrible hero and that the innocent sea creatures you just left behind will most surely be killed, tortured, or probed by the alien menace. You terrible person you.

Each of the playable characters (orange, blue, and purple so far) all have unique abilities that aid them during the level. And as you pick up these additional characters as you advance through the levels, you can use the new powers to go back and save critters you may not have been able to save before. These powers also change the way you engage with the gravity mechanics (and can result in some really awesome level runs). 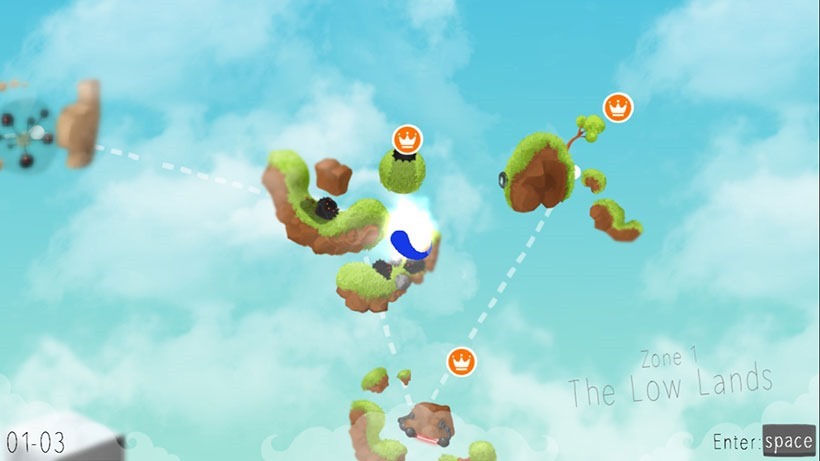 Visually, the game also looks amazing. There are some really great bright colours that jump out and then for some of the darker levels the game really knows how to make the entire level just seem… depressed. I really liked the art style and found that it really felt right for this game. Yeah, your octopus just looks like a blob with ridiculously cute eyes. But it works for the tone of the game. Another worthwhile mention is the soundtrack, as it is just sublime. 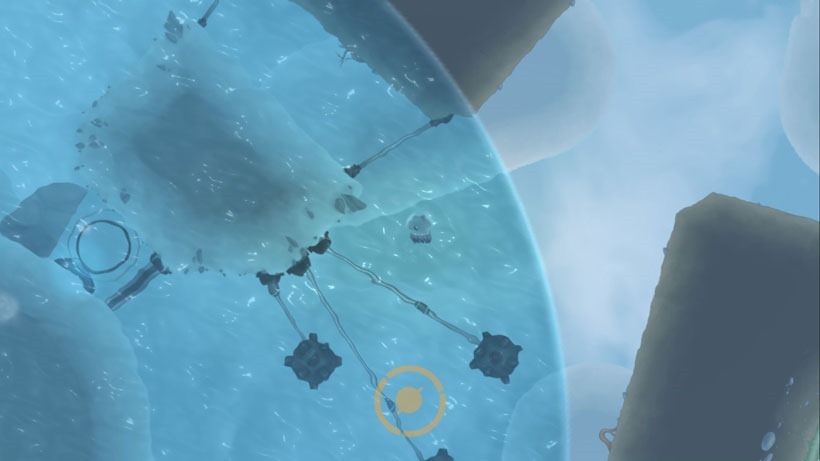 Enduring agonising death after agonising death is honestly a pleasure with such an awesome score behind it. And if you didn’t already know, you can pick up a demo for Airscape (it’s the first few levels – so keep that in mind when you play it) on Steam for free. Apparently people still make demos, but it’s a really good way to get a simplistic feel for the title. 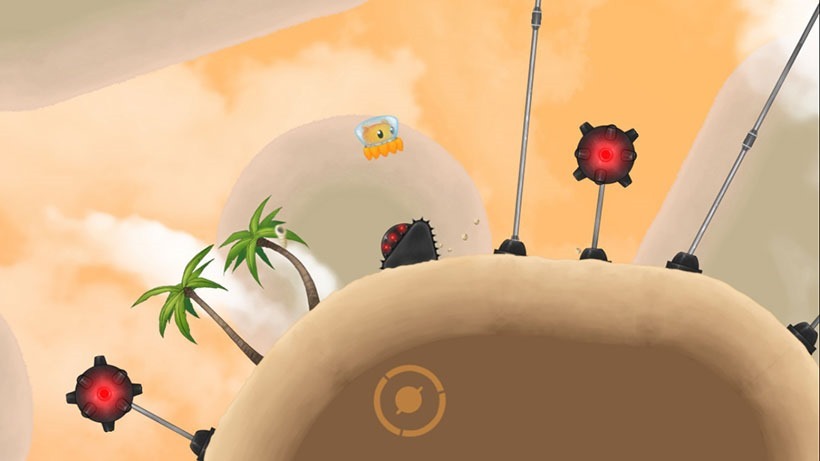 The controls are intuitive and feel perfect for the levels, so you’ll only die because you made mistakes. Airscape is also not about to forgive even the slightest misstep, so if you’re up for a bit of a challenge you’ll feel right at home here. Which is how a platformer should feel and play? As a bonus, it looks really great and has a memorable score to back it up. And honestly… who doesn’t want to play as an octopus saving all manner of sea critters? Saving a princess locked away in a castle was so 80s anyway.