My name is Amanda Ripley. I’m stuck on a creaky space station, currently wedged up in a cramped locker and I am terrified. Terrified. I’m being stalked by  this great big shiny monster that looks more than just a bit like a giant penis and I know…I just know that if I move from here it’s going to get me.  I know that even if I don’t move, eventually, it’s going to get me. I daren’t move. I don’t want to. But I have to.

After the frankly abysmal Aliens: Colonial Marines, I’m sure fans had given up hope of there ever being a decent game in the Alien franchise. Very British developer Creative Assembly then, has a lot to prove with its game, one which they promised would deliver all of the tension and terror of Ridley Scott’s less-action-filled original. In many ways, they’ve delivered. H.R. Giger’s purposefully phallic Xenomorph is back to being the sort of creature nightmares are made of – but it’s not without its problems. 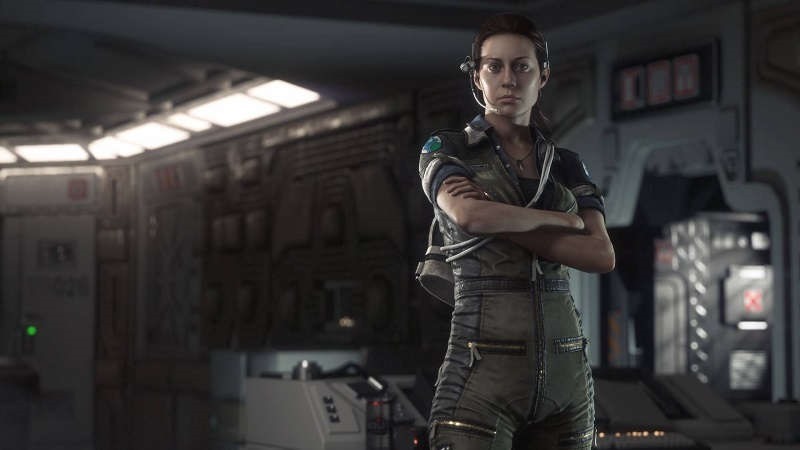 There’s not very much to the narrative. You play as Amanda Ripley, daughter of Sigourney Weaver’s character from the original film. Creative Assembly have captured everything that made Ellen Ripley great, and transferred those qualities to her progeny. Like the Ripley you know, she’s both tough as nails and decidedly human. She’s an engineer for the franchise’s ubiquitous megacorporation Weyland-Yutani. Her quest to find out what’s happened to her mother and the ill-fated Nostromo have led her to the the space station Sevastopol, the current location of the Nostromo’s data recorder. Unfortunately, the salvage ship that’s brought it there has also brought along something else.

You’ll spend much of your time as Ripley, sneaking around the station, its crew either already dead or struggling to survive. You’ll encounter the iconic Xenomorph and a couple of other NPC’s but they hardly matter. It’s mostly just you, the alien and the third major character: the space station itself. 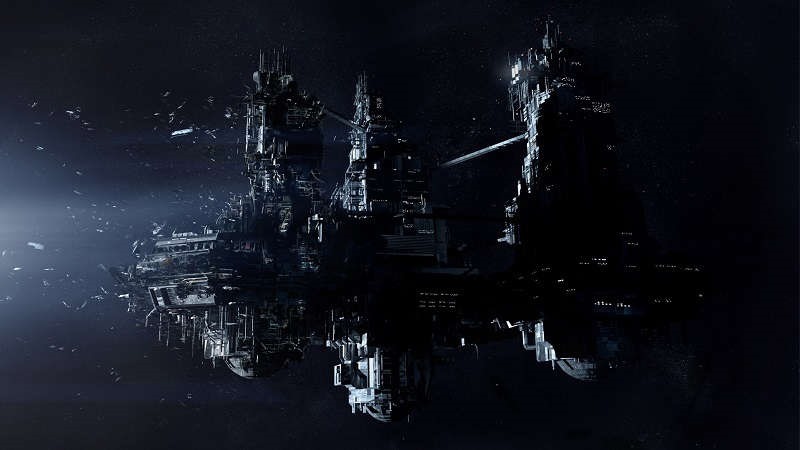 Sevastopol is a huge, interconnected labyrinth of corridors, vents, and tunnels. Lights flicker, the automatic doors regularly malfunction, broken pipes clank and let loose steam. Metal fatigue leaves the soon-to-be-decommissioned station a creaky, clanking cacophony. Footsteps and great big thuds echo everywhere, almost all the time. It’s alive. You’re never quite sure whether that’s the alien you’ve just heard, a group of people who’ve forsaken their civility for the purposes of fearful survival or another of the rather creepy service Androids who talk to themselves as they blindly, dementedly go about their work.

The whole thing’s built using the sort of late 1970’s analogue technology you saw in the first film, avoiding the future space-age stuff we’d imagine now; great big monochromatic CRT, clunky keyboards and flickering lights. It not only feels like Ridley Scott’s Alien, it looks like it too. 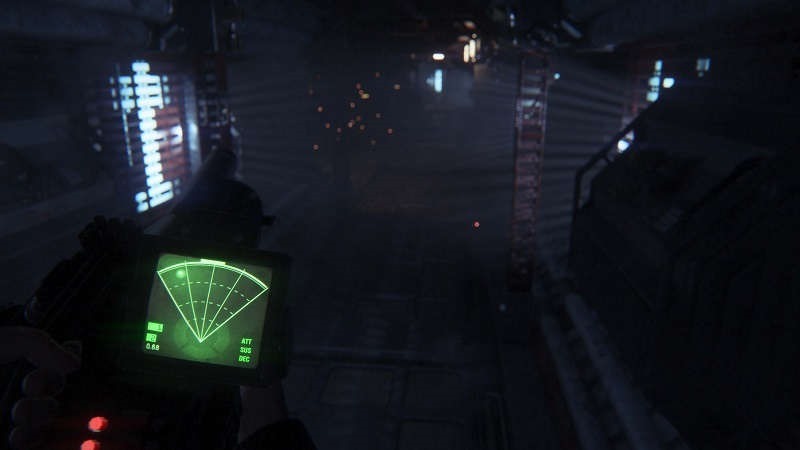 For the first few hours, I was encapsulated in what’s probably the very best game bearing the Aliens name. Following Scott’s own mantra, the Alien is scariest when you can’t see it. Armed with a motion tracker that beeps and pulses in your hands, you’ll move about the Sevastopol (usually very, very slowly), never quite sure of where the creature is. The metallic groaning and clanking of it moving through the station’s myriad, warren-like vents, accompanied by the hollow, increasingly frequent beeps from your motion tracker. It could be above you, below you, or right next to you, separated only by a thin wall. You can’t hurt it, you can’t run from it – and if it sees you you’re almost certainly dead. You will die. And you will die a lot.

Instead, between the moments where you’re fetching some doohickey or doodad, turning some knob or circuit breaker on the space station, you shut yourself in a locker, go foetal under a desk and hope to god that it goes the other way. The alien is dynamic, you see. It travels about the Sevastopol at its own pace, doing whatever it is aliens like to do – and when the game’s not being scripted –  usually only drawn to you by the sounds you foolishly make. 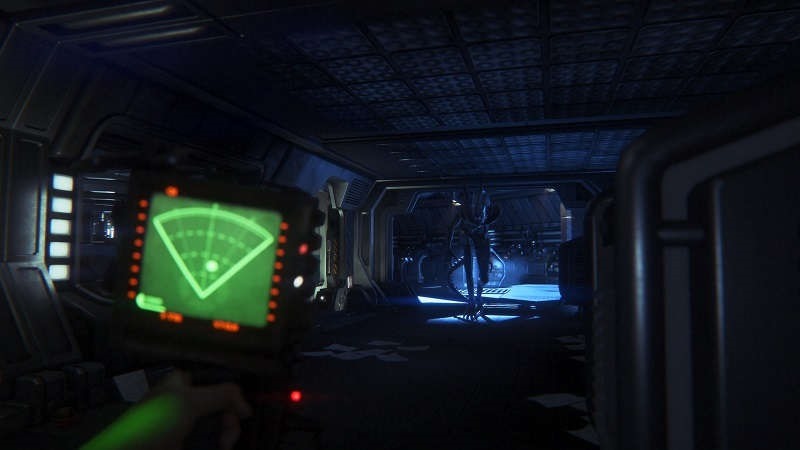 That’s the idea, anyway. By the end of the game you realise that there’s a bit of magic alien AI in place, allowing it to seem like it’s sometimes in two places at once. Coupled with the save system – which replaces regular checkpoints with a wholly manual save system that relies on sporadically placed  emergency phones – it can become quite frustrating. Stumbling on one of the phones brings with it an immense sense of relief.

To even the odds a little, Ripley can cobble together equipment from bits and bobs lying about the space station. Flash grenades and smoke bombs can distract the creature, allowing you to get skulk off elsewhere. My favourite exit strategy though, involves using other humans as bait. 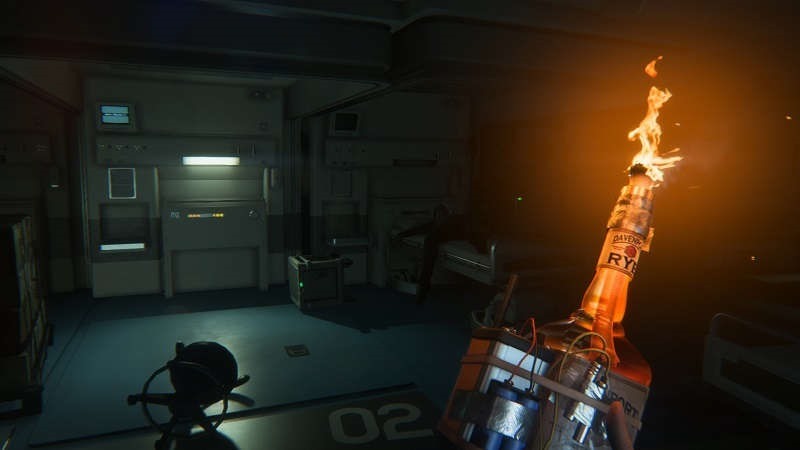 Noisemakers – crude, noise emitting devices – are great for throwing into a crowd and crawling away as the alien kills everything around it. The only thing the creature’s afraid of is fire, leaving Molotov cocktails and later, a flamethrower as your only recourse should you be spotted. They’ll give you a minute’s reprieve as the alien flees, but only serve to anger it. It’ll be back. There are a few guns, and they’re useful for taking out the other humans who want to kill you, or the homicidal, creepy Androids intent on giving you a fatal attitude adjustment, but they’re all useless against the Xeno.

It’s tense, it’s cruel and it’s brutally unforgiving. And eventually, all of that works against it as dread turns to frustration when the game seems to drag on and on, as you backtrack over the space station turning what feels like the same knobs and pulling the same levers in your attempts to escape the Sevastopol. That feeling’s mitigated somewhat if you play it for just an hour or so at a time – which is about as long as your nerves should handle. The game’s certainly not for everyone; it’s far too gruelling to please the masses, but for those who adore Ridley Scott’s Alien, this is the game they’ve been waiting 35 years to play.