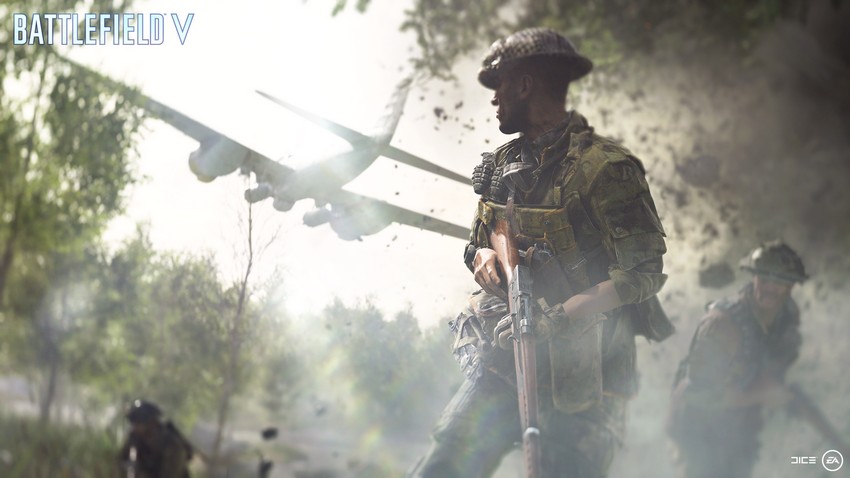 To borrow a phrase from another video game franchise, war never changes. If you’re coming in from DICE’s WWI shooter Battlefield 1, that may be the first impression you get when jumping into the frontlines of Battlefield V, which returns the franchise to the setting of where it all began 16 years ago. On first glance, the WWII-set successor bears many striking resemblances to its predecessor. Historic theatres of war, from the rolling French countryside to the stony African desert, are gorgeously recreated in eye-searingly sharp graphics as they set the backdrop for multi-pronged conflicts taking place on bloody foot, in mechanized beasts and in the flak-strewn air.

Players, picking one of four classes (assault, medic, support, and recon), throw themselves bodily at objectives over and over again in cacophonous clashes, the meaty thud of every bullet impact, the soil-showering cratering of explosions, realised in pitch perfect sound design. And thanks to DICE heavily reining in their original plans for brightly colourful soldier customization in the wake of very vocal ire from certain portions of the fandom who didn’t take kindly to this new approach, they do it all in the mottled, dust-specked grey and brown garbs we’re accustomed to. Even the in-game UI smacks of overt familiarity. On the macro-level, Battlefield V is very much a Battlefield game you’ve seen before, which is disappointing for anybody expecting the type of iconoclastic change-up we got going from Battlefield 4 to Battlefield 1 (yes, those numbers are all in the correct sequence). 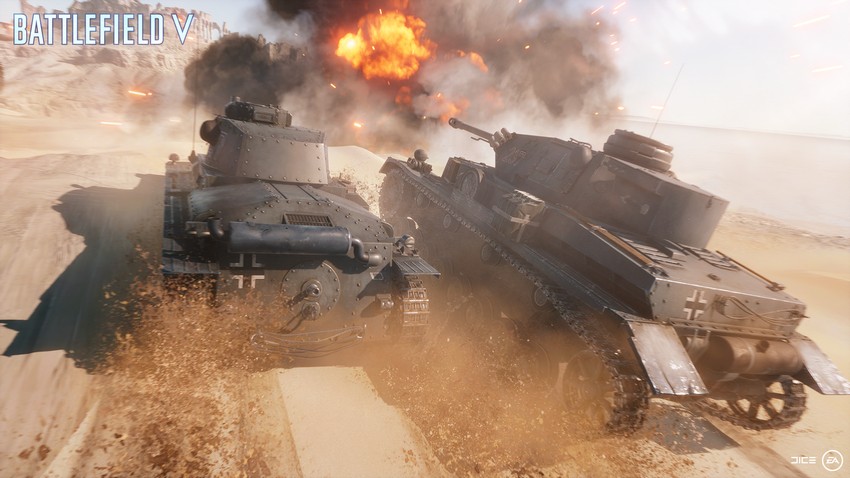 It’s in the micro details though, where Battlefield V sets itself apart from DICE’s previous efforts. When jumping into those battles, you now do so with a fraction of the munitions Battlefield veterans may be accustomed to and also only have partial health regeneration. This is part of the new Attrition system which impacts the overall flow of the game in many different aspects, but most importantly in one startlingly dramatic way: Forcing people to play as a team.

The Battlefield franchise, with its high player count game modes and expansive battles, has always prided itself on its teamplay, but more often than not servers were filled with self-styled lone wolf commandos who were more concerned with their K/D ratios than playing the objectives (“PTFO – play the f—king objective!”, a Battlefield proverb). In Battlefield V, players who refuse to stick with their compatriots or contribute towards the overall gameplan will quickly find themselves in some deep water. Support players are key to keeping ammo topped up – either through tossed out ammo packs or building supply depots at key points on the map – while medics are the only ones that can get friendly soldiers back up to full health quickly.

Squads who “PTFO” will also earn Requisition Points which can be used by the squad leader to summon special reinforcements. These take the form of supply air-drops, specialised tanks, or the devastating V1 rocket which can turn any encampment into gravel and kindling. Luckily, you can rebuild or build up lots of levelled structures with the new Fortifications system. While all classes can make sandbag walls or barb wire obstructions, the support classes have access to more advanced fortifications and can also construct these in a fraction of the time to everybody else.

The brand new buddy revive system also allows any player, irrespective of class, to revive a fallen comrade in their four-person squad (medics can revive anybody in the entire team and do it in a fraction of the time, making them a far safer option). This, more than anything I experienced, can actually turn the tide of battle as a squad can keep itself alive and well armed enough to steamroll over unfortunate enemy players isolated from the herd. 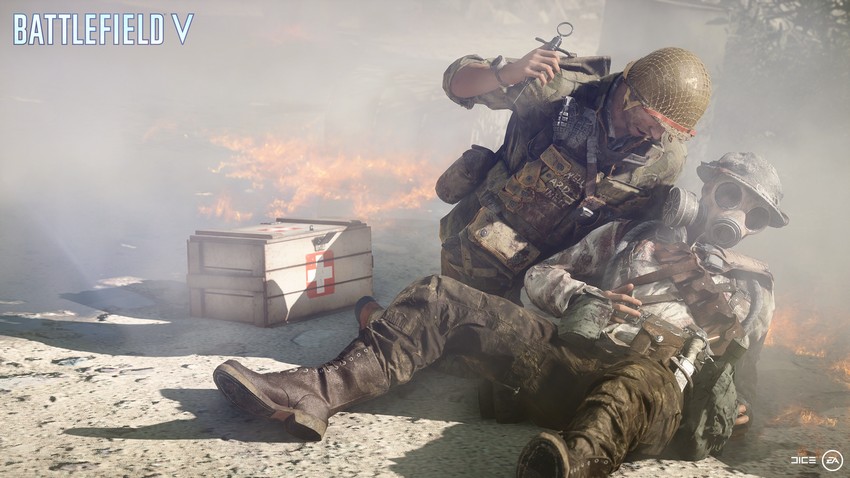 And you will be reviving a lot as reworked weapons feel far deadlier with a lower time-to-kill. Some of this is due to DICE ditching the randomized bullet deviation that frustrated so many in Battlefield 1. Weapons will still recoil – the direction and intensity predictably unique for every weapon – but where your reticule points your bullets will follow. Some weapons will turn you into an angel of death immediately (STEN FTW!) while others will take some work to use at maximum lethality as they really only shine in certain contexts (LMG’s kick like angry mules when hip-fired but turn into lasers when fired from a stationary bipod position), but they all serve their functions. Mastering those functions and the mechanical skills involved with each class has never been more rewarding.

Each of those four classes now also boasts specialized combat roles each offering their own perks. E.g. the Assault class can choose between better health regeneration with improved ammo scavenging, or being able to automatically spot enemy armoured vehicles for your team and earning increased Requisition Points when you destroy them. Weapons and vehicles have their own unlockable skill tree perks that you gain access to simply by playing with the weapon, changing their overall usage in subtle ways. 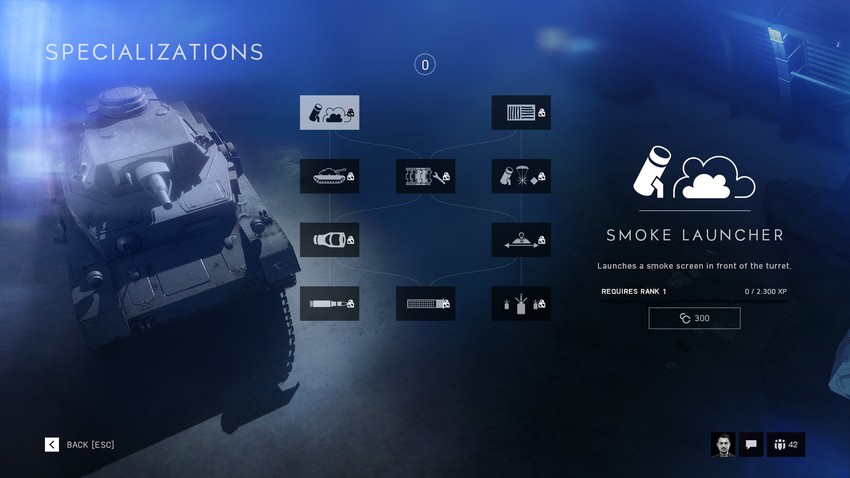 You can also tweak the appearance of said soldier classes, weapons and vehicles in highly modular fashion in the newly added My Company section. With the exception of weapon sights, these are all purely cosmetic – and no, there are no robot hook hands. These very grounded cosmetics are “purchased” using in-game Company Coin currency, earned by completing daily orders. That’s right, no microtransactions using real-world money. In fact, there’s very little that will require you to reach for your wallet (at least right now, as DICE has indicated a paid-for currency will be introduced at a later date). Unlike previous franchise entries that split the player base frequently into those willing to pay for more maps and those who aren’t, DICE now plan to release all future DLC, including their ambitious Tides of War live service of content, for free. A much-welcomed change.

This release schedule of free future content encompasses both the game’s multiplayer action and single-player War Stories. The latter has been sold by DICE as telling the lesser known tales of the Second World War, which right now is a trio of narrative campaigns respectively following the unrecognized efforts of the Senegalese Tirailleurs, the trailblazing early days of the British Special Boat Services, and the icy efforts of the Norwegian Resistance (The fourth War Story, the sure to be controversial The Last Tiger told from the point-of-view of a Nazi tank commander, is still to be released early next month). 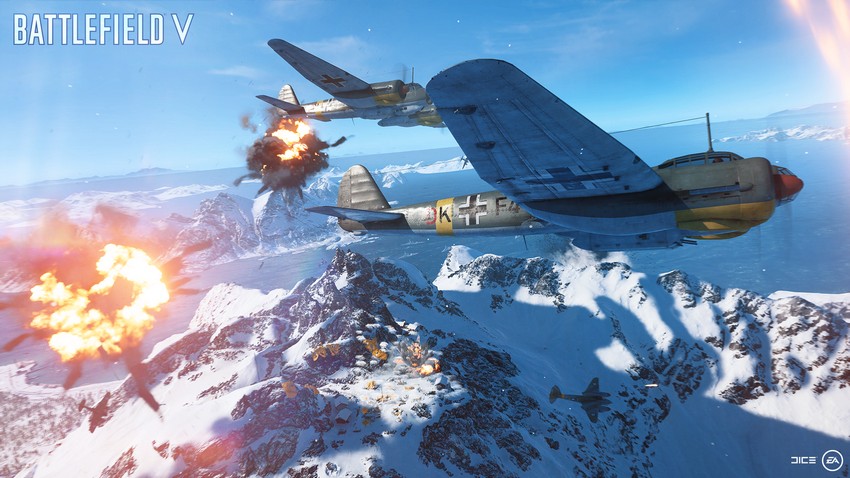 While the raw gameplay mechanics of these respective two-hour or so War Stories are actually pretty rudimentary, lacking any inventive oomph, credit has to be given to DICE for following through on their promises and giving us brand new WWII moments. The story of the Senegalese Tirailleurs, black soldiers from the French colonies in Africa whose efforts were overlooked and scrubbed from the official record, being particularly memorable, both politically and emotionally.

On the multiplayer front, we have returning games modes like Rush, Domination, TDM and the mainstay Conquest with new additions Airborne and Breakthrough. The marquee offering from DICE here though is the 64-player Grand Operations, a new spin on Battlefield 1’s Operations mode. A combination of various game modes played out across three in-game days tied together with small narrative beats, Grand Operations is an epic sprawling full-spectrum war that will often take players an hour or so to get through. Day to day conditions change dynamically based on the previous day’s outcome and if the final day of the game results in a draw, players will get put into a very rare Final Stand fourth day where squads engage in a no-holds-barred battle with only the resources they start out with.

Grand Operations and the other game modes play out on all of the eight maps that launch with the game – the lowest number for any Battlefield game at launch – with these being a combination of old and new design sensibilities, from tight-quarter metropoles favouring infantry to expansive landscapes for vehicular onslaughts. They are all damn gorgeous though, somehow improving on Battlefield 1’s already stunning presentation with rich lighting and heavily detailed particle effects. Maps like the frigid Nordic mountainscapes of Narvik paint cinematic vistas as snow is flung around, backlit by the Northern Lights. Immersion also gets upped by award-worthy sound, and tiny – but impactful – touches like players disturbing tall grass with their passing or ragdolled corpses splashing into muddy waters.

Aiding the showstopping presentation is a level of destructibility not seen in the franchise since Bad Company 2, as structures realistically crumble and splinter under bombardment in rumbling showers of dust, glass and stone – walls even allowing penetration from heavier calibre rounds to give soldiers better assault options. There is some irksome texture pop-in, particularly prevalent on the desert-based African maps, but it’s hard to deny Battlefield V’s visual credentials. If you’re lucky enough to play it on PC with a graphics card supporting RTX (I am not), you can truly take things to the next level with the most realistic in-game graphics currently out there. 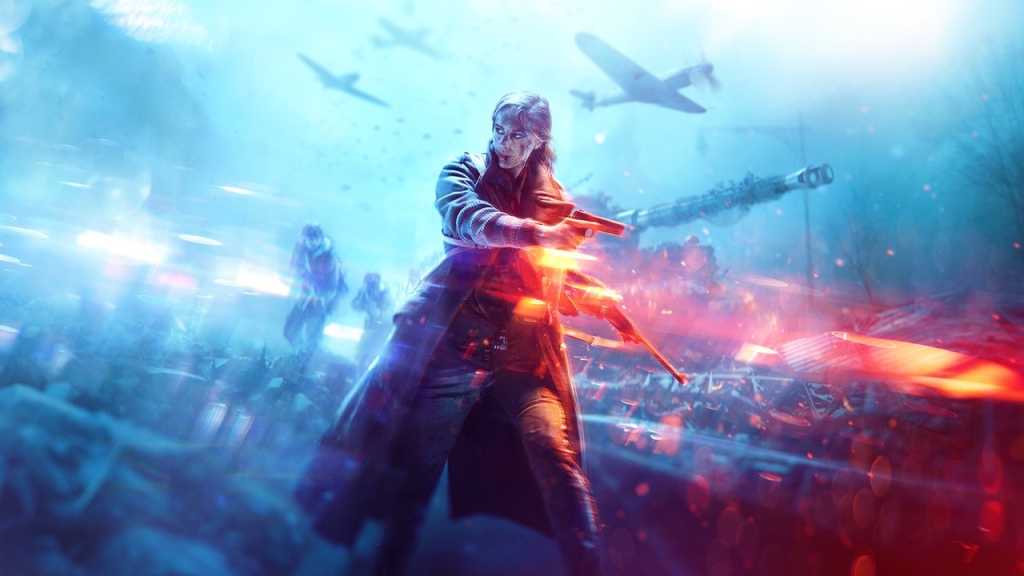 Traversing the inevitable broken landscape that Battlefield V’s picture postcard maps inevitably get reduced to has also never been more fluid, with new infantry movement options allowing players to fling themselves to the ground in any direction and even scooting back on their rear end as they fire between their legs. There are some graphical clipping problems that rear their heads here though, as character models sometimes protrude through obstructions or get blocked by debris that isn’t actually there. Similarly, DICE will need to do some work on the “hit box” size when it comes to revives as sometimes you will be standing right on top of a bleeding out squadmate with no prompt available.

There are more of these technical snafus scattered throughout Battlefield V, and I’ve had one game-breaker happen a few times where I got stuck on a loading screen in between rounds of Conquest. These are particularly annoying seeing as how Battlefield V’s release date was delayed earlier in the year specifically so that DICE could buff out any dings. Combined with some of the safe same-same-but-different approaches, it means that Battlefield V is not exactly as dramatically good as it could be. It’s still fantastic when it works though, with thrilling, punchy gameplay that appreciably tips its hat to those who honour its precepts, wrapped up in one of the best-looking packages out there. And with DICE’s cost-free future plans, the chances are high that it could still live up to its potential fully in the coming months.