When I first saw the trailer for Alexander Payne’s Downsizing, I was excited. Not only was the concept of “downsizing” where humans are reduced to more than a twelfth of their original size a fascinating solution to over-population, it looked like it could set up a fun movie which explores the intricacies of this different life while having a meaningful message through it all. Except that didn’t happen because not only was there no purpose in the film’s overall message, it somehow got distracted from having fun through a mix of conflicting and contrasting ideas. 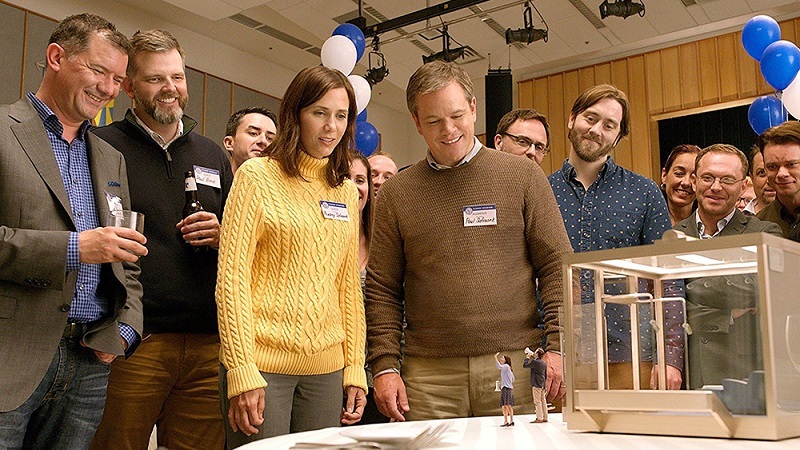 In fact, the whole concept of “downsizing” is barely a gimmick in the movie as few scenes really play to the concept and at times it feels like you are simply watching a story about the life of Paul Safranek and almost forgetting that he is actually a very small human being. It’s an approach that completely ruins the whole film, especially after it makes such a slow and concerted effort at the start to set up the whole idea of downsizing. Now, Alexander Payne has admittedly never been one for straightforward storytelling but in Downsizing his lack of focus completely ruins the picture. What starts out as a potentially interesting concept ends up containing things like psychedelic party sequences, strange characters and an even stranger cult, a pending apocalypse and even a love story that just comes out of nowhere. By the end of the film, the whole reason you started watching it in the first place is completely forgotten and you are left feeling bitterly disappointed. 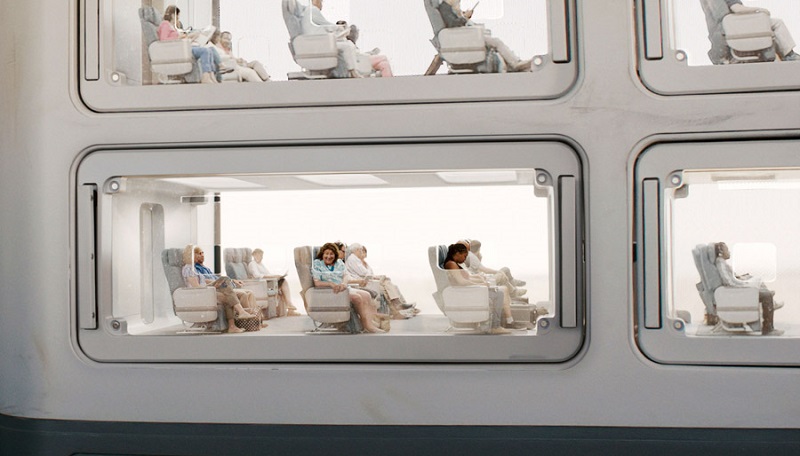 Which is a pity because the whole concept that Payne creates alongside co-writer Jim Taylor could have so easily worked. I can easily think of so many different directions they could’ve chosen to go in with the story that would’ve made it infinitely better, from thriller to all-out comedy. Yet it seems Payne had either no clue what to do with the concept after starting it or was so hell-bent on being unpredictable that he lost the plot completely. There is also the argument to be made that perhaps in all their ambition, they have tried to do too much through this film and just didn’t know how to handle it. Either way, what they should’ve done is stuck to one theme and concept and ran with it, because the combination of the film’s different elements just doesn’t work. And not in a clever, I just didn’t get it, kind of way. The movie makes tonal shifts that are so different from each other that they might as well have been from a different movie and most definitely do not belong in this one. 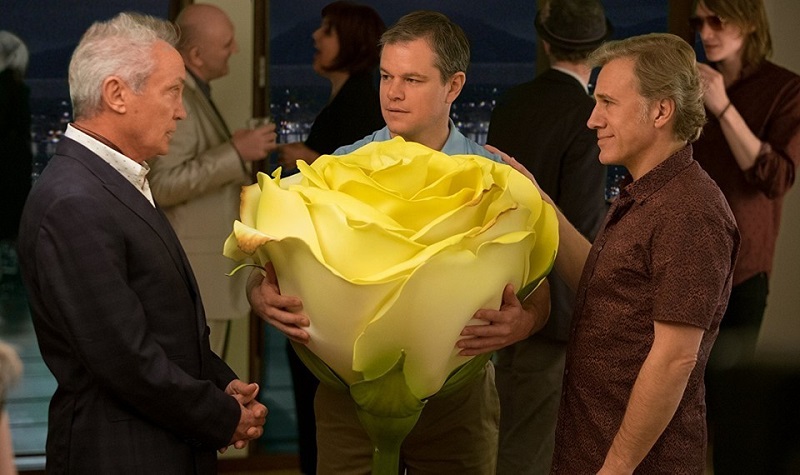 What perhaps makes it worse is that many of the best scenes teased in the trailer aren’t even in the film. And while trailers not revealing everything is often a good thing, you do feel a little robbed that what this movie sold you is definitely not what it delivered. Especially on the tonal aspects where Payne removes most of the humour and joy from the film and it plays out like a straight up drama rather than the fun film it showed itself to be.

Yes, there are definitely some fun characters, especially from Christoph Waltz and Hong Chau who both deliver incredibly entertaining performances and inject a lot of fun into the movie. Not to mention some truly memorable lines that almost make it worth watching just for that alone. Its alIt’st sad that these characters are wasted in a movie like this when they deserve so much more focus on their own. Sadly, Matt Damon’s character is the complete opposite and while you feel for him at the start of the movie, you get bored of him very quickly. None of Damon’s sparkling charisma is on display this time and you kind of get the feeling even he was getting lost with the direction the movie was going in. As for the rest of the cast which includes Jason Sudeikis, Maribeth Monroe and Udo Kier, they are mostly forgettable. 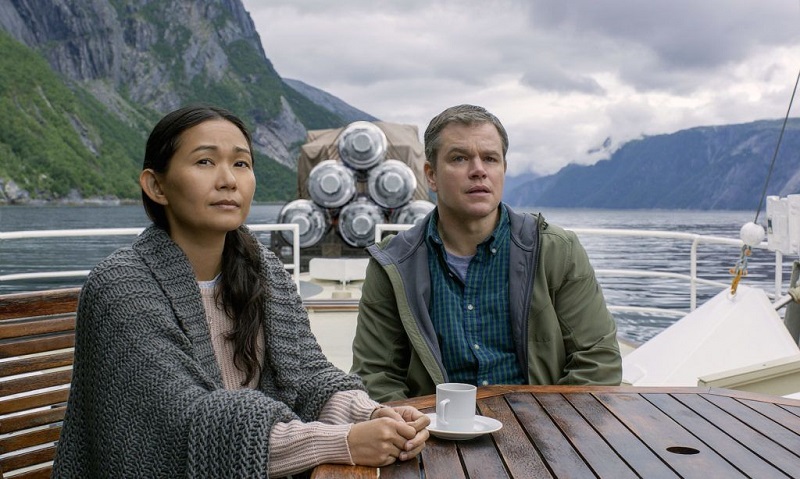 When the film focuses on its Downsizing concept though it works beautifully. The visual effects are remarkably executed, especially when you consider Payne relied a lot on practical effects rather than CGI to achieve them.  The way the film sells this concept of a way to save the world from overpopulation remarkably well. It might take a bit of a slow heavy-handed approach in doing it at the start, but it still works. To be honest though the concept was easy to understand within the first minute of the trailers, so why the film spends so long setting it up doesn’t really make sense and starting in the modern-day and focusing on the motivations why Paul Safranek (Matt Damon) and his wife (Kristen Wiig) would want to be downsized in the first place would’ve been a better place to start and injected a lot of pace into a film that needs it.

In the end Downsizing felt like a wasted movie. It’s enjoyable, but just too inconsistent and unsure of itself to live up to its full potential. In the hands of someone like Steven Spielberg or Christopher Nolan, a film like this could’ve been highly entertaining, sadly Payne wastes it with a muddled focus and too many unnecessary moments.