For the last while, my PlayStation VR unit has been sitting in a cupboard, covered with a cloth to protect it from the dust that it would otherwise be gathering. That’s not because there’s a lack of content for Sony’s Virtual Reality platform, but rather because at some point along the way I lost my “VR Legs” thanks to a bad experience that turns my stomach inside out. Just the thought of strapping the thing to my head would give me cold sweats. So, it was with more than a mild sense of trepidation that I took on a first-person shooter that has free motion; a notoriously troublesome combination that often leads to motion sickness. 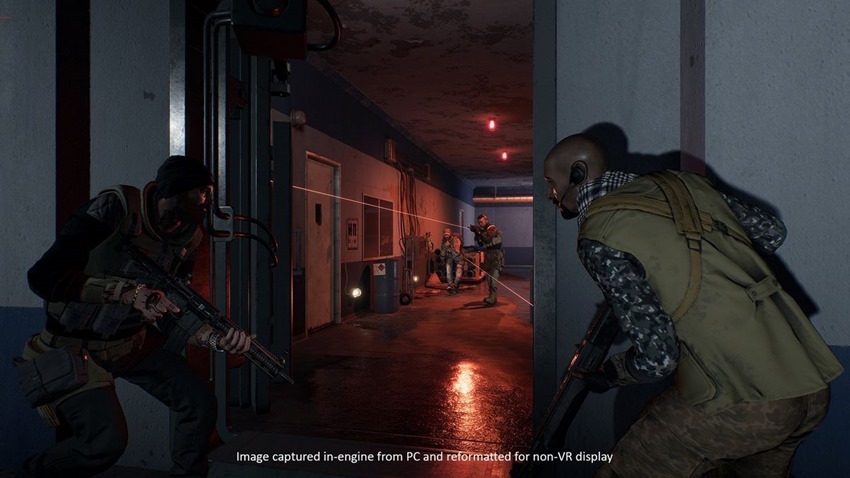 I’m bloody well glad I did, because Firewall Zero Hour is some of the most fun I’ve had with VR in ages, and arguably the best shooter available on the platform. It’s a tactical squad-based shooter that borrows elements from games like Counter-Strike and especially Rainbow Six, but it’s more than just a chimera or a clone. Thanks to VR’s sense of presence, it’s an addictive, shining light in the PlayStation VR’s library.

The premise is simple stuff. You’re one of a squad of military contractors tasked with either defending the secrets contained on a laptop, or part of the team tasked with hacking said laptop and stealing whatever data is contained on it. If that sounds like a basic game of Search and Destroy, that’s because that’s effectively what it is. Attacking teams need to first locate and hack one of two access points on the map, which then pinpoints the location of the laptop. Defenders, as you might reasonably assume, need to defend those points and the laptop itself. 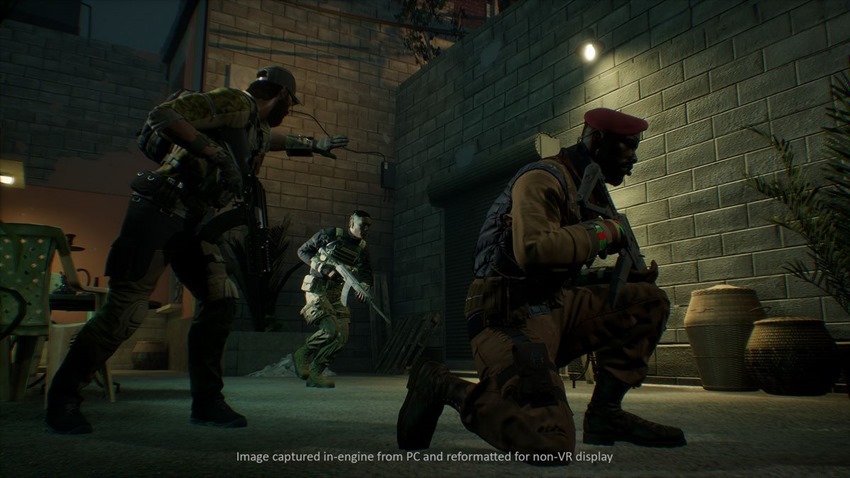 As with the games from which it takes its inspiration, teamwork, planning and tactics are key. Teams need to work together, spot for and cover each other – and depending on class, aid or support with gadgets, grenades, ammo supplies and more. Without effective communication, you’re likely to end up very dead. A few shots to the face and you’re down, with a short window for teammates to revive you. When that window has passed, or an opponent puts another bullet into you, you’re dead for the rest of the game. That permadeath mechanic adds an unparalleled sense of tension, but even death doesn’t stop the fun. Dead teammates can cycle through cameras, offering intel on approaching enemies. With every PSVR headset having a built-in microphone, there’s little excuse for teams not to communicate. The community is also surprisingly nice so far. Perhaps it’s the expensive barrier to entry, but I’ve been able to play games with random people on the internet without instinctively reaching for the mute button. 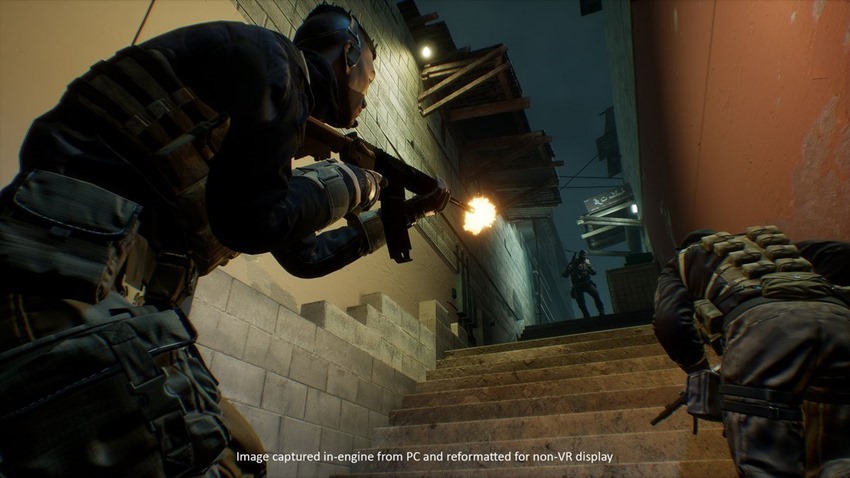 It may sound like the sort of thing you’ve played in countless games before, and in truth it is. Virtual Reality here genuinely elevates it beyond the experience you’d get in traditional games. Much of that has to do with the brilliant implementation of the gun-like Aim controller. While you could play the game with a Dual Shock, you’ll want to play this with Sony’s optimal peripheral. The inclusion of the pair of analogue stick makes walking and running around a breeze, but it’s the ability to use the Aim Controller to blind fire over cover or around corners and mow down an attacker is thrilling. Shooting is accurate and precise, and with practice, you can nail the sort of headshots that make you feel like you’re in some elite private military force. 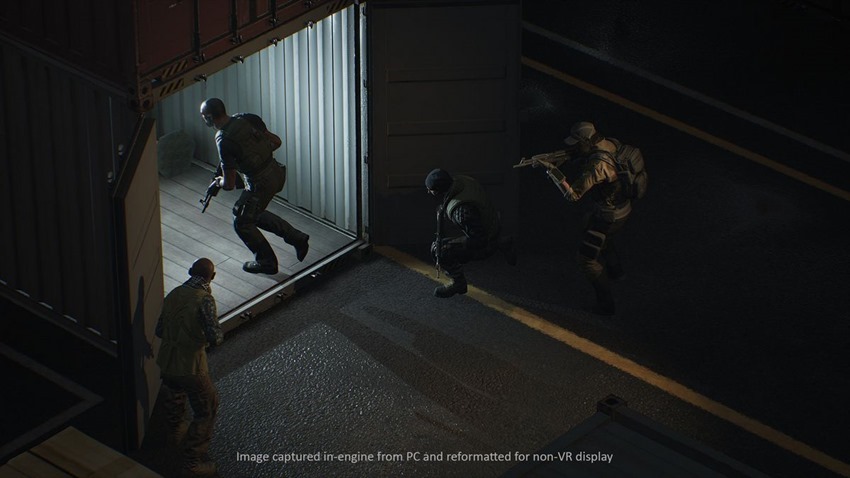 There’s a decent selection of maps to play through, and while they sometimes do lack the sort of detail you might expect from a modern game, there’s more than enough to make you feel as though you’re really in a warehouse, or in the office of a tech start-up. There is just one contracts mode though, a decision on the developer’s part to not fragment the already small PSVR playerbase further. While it was probably a smart move, it does feel like the game could benefit from just a little more to do.

I do wish that there were more options for setting up games. While it doesn’t usually take too long to fill a lobby, games themselves last for a maximum of 5 minutes. Usually, they last for less than that, and when a game is over it’s right back to a lobby room waiting for it to fill up. There are no options to set the best of three or best of five, which would be very welcome additions. It’d be especially welcome on those odd occasions where lobbies aren’t filling up, which devolves into a cycle of jumping into a game, hoping its full, finding out it’s not, exiting and trying again. And because it’s hosted peer-to-peer, we have the same pitfalls here in South Africa that many P2P games suffer from. Sometimes there’s awful lag, and if we’re the host, it means lag for international players joining our game. 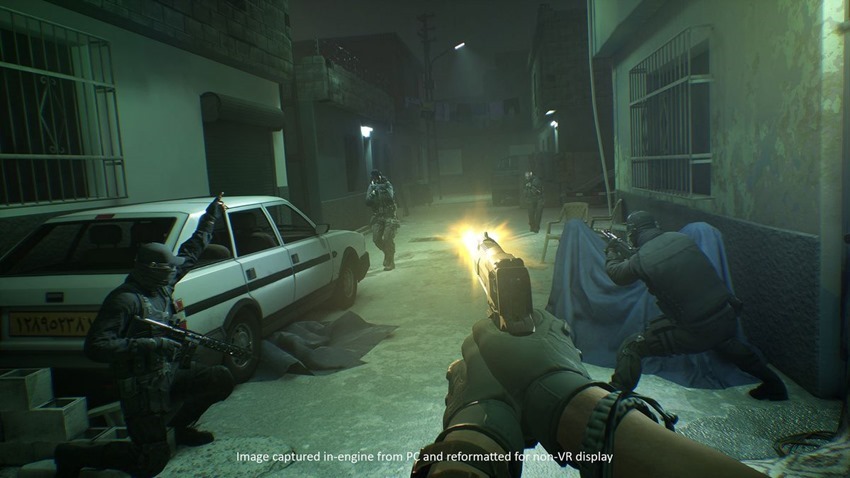 Beyond the main, online PvP mode there’s little to do, though there is a training mode that can be played solo or co-op that pits players against an army of AI. It’s fun for a bit, but isn’t nearly as exhilarating as playing online.

Thankfully, despite that singular mode, there’s a decent sense of progression. Playing (and hopefully winning) matches earns both XP and an in-game currency that will unlock new gear, weapons, operators and aesthetic customisation options. Some of the best stuff – like signal jammers and door blockers – are locked away until you have the requisite experience and money to grab them. Some of those items are quite expensive though so it can become quite a grind to get the equipment you want. 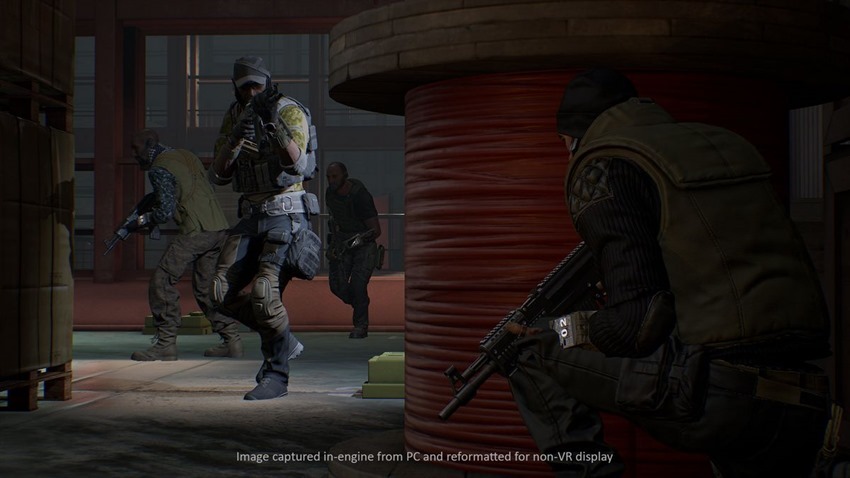 Motion is also surprisingly comfortable. Though VR anxiety did get the better of me at first, subsequent sessions have been perfect, and I was able to run around for long sessions without wanting to have a lie-down or reach for a bucket. There are a few comfort options, including an on-by-default vignetting that helps reduce motion sickness.

Firewall Zero Hour is the closest thing there is right now to being PlayStation VR’s killer app.