When anyone first hears about Ghostbusters World, the immediate and obvious comparison that is drawn is… so it’s Pokémon GO, with Ghosts? Pokémon GOsts? GOstbuster?

If only that were the case. As the resident PoGO nutjob player, it was up to me to tackle Sony’s collaboration with publisher FourThirtyThree Inc., and while there are some similarities in principle, in truth the games are vastly different. This is certainly not a PoGO copy, for good or for bad. 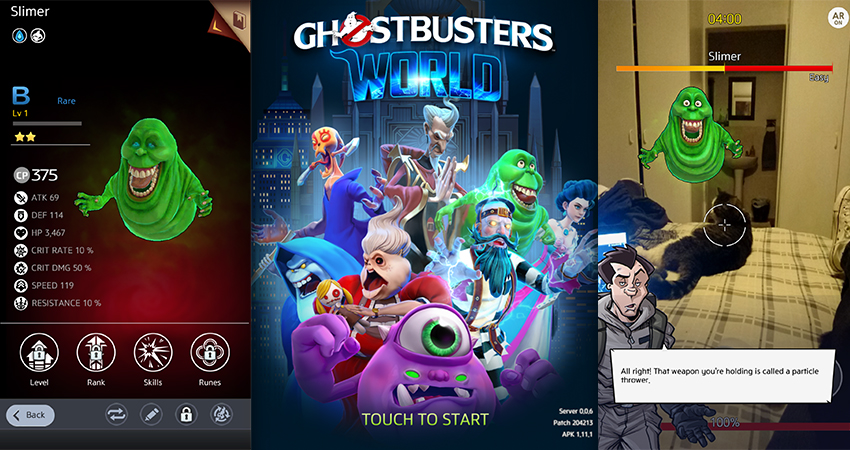 Let’s start with the basics. There are a few different modes for gameplay: Story Mode, where you join the Ghostbusters team and meet some recognizable characters, free-roam, where you do most of your ghostbusting and the Ghost Dimension, where you’ll find rotating challenges.

Each of these work in conjunction with each other and have a fair amount of crossover, so you’ll spend a lot of time jumping between them. To keep you from getting bored, there’s a metric f-ton of content, from the different ghosts you catch and level up to the equipment you can earn and the missions you can tackle outside of the Ghost Dimension.

The ghosts you catch as you roam around the world and in Story Mode become your team, you’ll level them up and battle with them against tougher opponents in a turn-based style. How you catch them is a little more involved than just throwing balls at them and hoping they stay put. 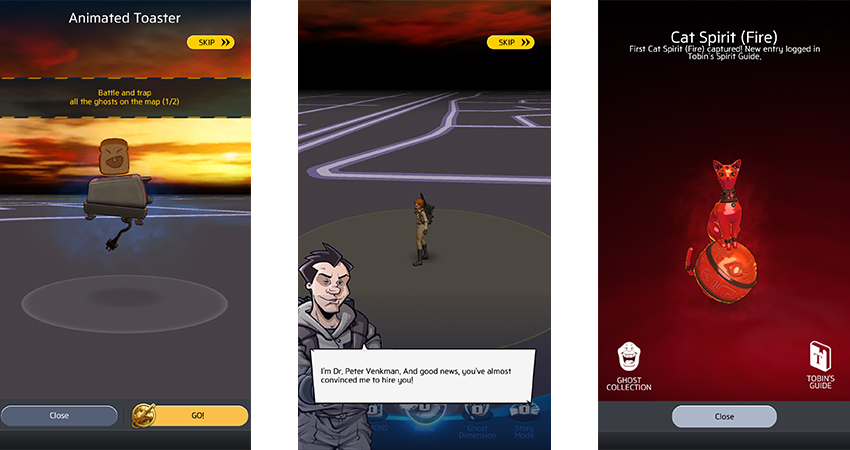 Instead, in Ghostbusters World, you get the ghost in your sights, then you blast them with your proton gun (or other weapons, as you progress) and keep blasting them until they’re weak enough. They move around a lot, but not so much that I had to spin in circles to catch them. The ghosts do fight back, which you can counter if you’re quick enough, but if you don’t there’s no serious consequence. Once they’ve dropped below a certain level, you throw out a trap, use your proton gun to guide them in and bam, you caught a ghost. Well done, you!

So, where you do find ghosts? Well, anywhere, really. The whole physical roaming around experience that Pokémon GO brings is lacking in Ghostbusters World. Honestly, I sat on the comfort of my couch for most of the time I was playing. I didn’t have to move around much at all, maybe go into my garden to reach a Dimensional Door (a spawning point/loot drop location), but generally, wherever I opened the app, there were ghosts and Doors within reach. I couldn’t really make sense of the Door placement either, they’re not fun and interesting locations like Pokéstops, they’re just… things on Google Maps. Like a townhouse complex entrance or a business location. 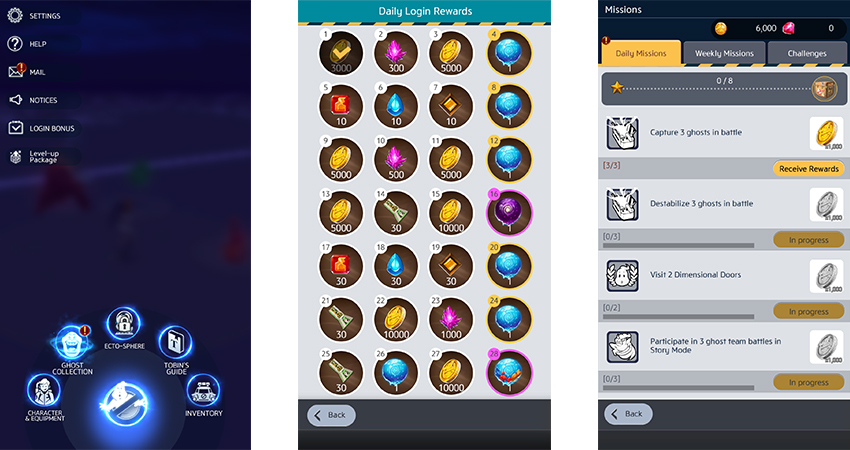 As a side note, along with the warnings not to drive while playing Ghostbusters World, I saw a message that warned me not to walk while playing either. Which was rather baffling, as I thought that might have been the point.

Which honestly begs the question, why does this game have an AR mode anyway? Truth be told, I have no idea. Whether the AR is on or off, the experience of holding your phone up and moving around in a circle like you’re looking for cellphone signal during a ghost encounter is the same either way, whether it’s showing the inside of your house or an in-game backdrop. Take away the exploration aspect and it feels quite pointless.

One of the more frustrating elements is how your progression in Ghostbusters World is hamstrung with real-world wait times. It’s a mobile game, obviously there will be microtransactions, so to nudge you towards spending money, almost everything needs some waiting time. Research? Wait. Build more traps? Wait some more! But you can pay to speed that up. In the beginning levels, it’s not necessary, but the fact that it’s there at all just gets my hackles up. 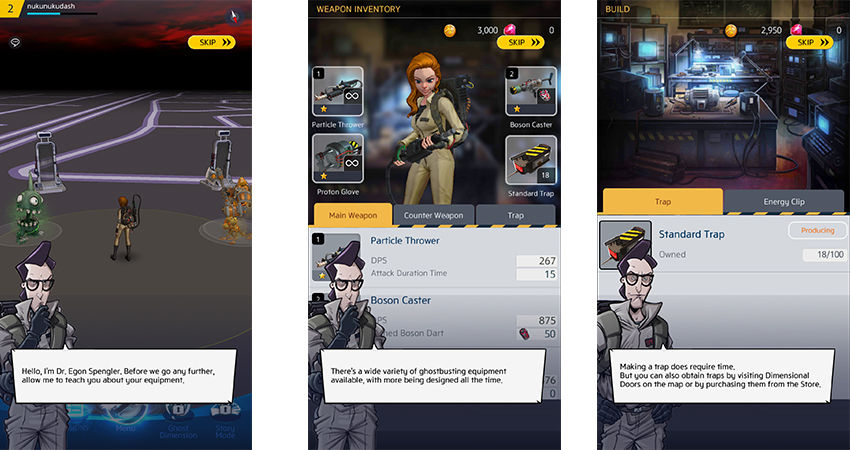 When it comes to any kind of game, mobile or otherwise, I want to play on my time. There are few things more frustrating than being forced to leave the game for several hours because you’re building traps and you can’t do anything else in the interim. That’s a very easy way to get me bored and uninvolved.

And hey, speaking of being bored and uninvolved, the load times in this game were killer on my phone. I’ve heard other players had better experiences on new phones, but either the Z5 just couldn’t keep up with the demands (and it handles Pokémon GO daily), or something in the nearly 1GB (!) download wasn’t optimized enough.

At the end of the day, we have an AR adventure game that’s neither particularly adventurous nor necessary for AR. Some aspects, like the mechanics of catching a ghost, are genuinely fun and the story mode, in particular, will be loved by fans of the franchise. I just didn’t get the sense that the pros could outweigh the cons.