Last year Microsoft tried to bring some spice into the life of their mobile division by releasing a brand new Halo experience exclusively to Windows mobile devices. You wouldn’t say it took the world by storm and with Microsoft still lagging in the mobile world it is no surprise that Halo: Spartan Assault has now been released on the Xbox 360 and Xbox One. But is it really a Halo title?

I’ve been a massive fan of the Halo single player franchise and even really enjoyed the Halo Wars spin off but the multiplayer aspect has never really grabbed me as much. So I have to say I was really looking forward to experiencing more of the Halo story when I started this game up.

The game is set between the events of Halo 3 and 4 and you alternate between playing as Spartan Palmer and Spartan Davis as you try clear the planet Draetheus V of the evil Covenant and the ever despicable Flood.

Before entering a stage you are given a static screen showing your placement on the current world and a wall of text trying to tell you a story. I say trying because this is nothing like the immersive experience that Halo campaigns have always been and you can quite easily see it was made to be small and nimble for tablet users.  If they had just upgraded these sections with some movies the experience would have been far more interesting.

You are then faced with a screen showing you your default load out for that stage. No it doesn’t matter what you finished the last stage with your weapons are reset and you can then go in and buy more weapons using in game currency. The in game currency does seem to build relatively fast but yes there is a way to purchase a lot more of it if you want to really stock up on weapons. 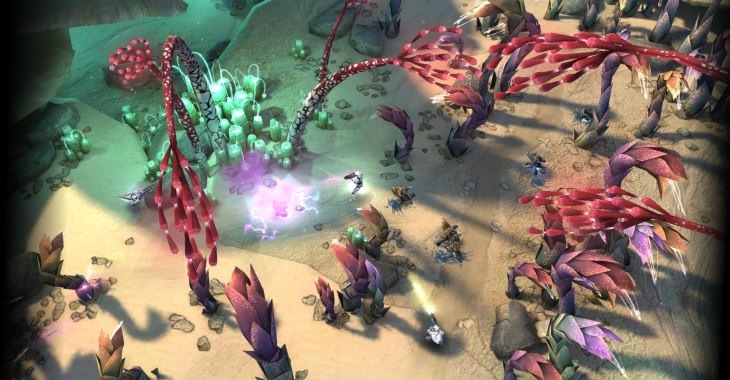 Then you can choose to load two skulls. Skulls in Halo are game modifiers and will change the game in various ways including things like no explosions, less health, no regeneration etc. It’s a nice idea and does give the game a lot of longevity for those people who really enjoy the game.

But I hate to say I don’t expect that to be that many people.

The game is played from a top down perspective where you move your Spartan around with the left stick, target with the right and use the right trigger to fire. You can also swap weapons (can only carry 2 at a time as is usual with Halo) with the Y button and then throw grenades and use equipment with the Left Trigger and Left Button respectively.

So all pretty standard but as you start you will soon notice that your once deadly Spartan is nothing more than a storm trooper in fancy armour. Aiming is incredibly difficult and you will just end up spraying the stage with bullets in the hope that you hit something enough to die.

You can also take an incredible amount of damage before your shield is down and there is tons of extra ammo and spare weapons dotted all over the place. In the end I was walking straight through most stages and only using any sort of tactics when I got ambushed and they managed to get my health down.

The amount of weapons and vehicles matches what you expect in the parent games and their effectiveness is pretty similar as well. You can also hijack vehicles in Spartan Assault but unlike in Halo this is ludicrously easy which means if the enemy brings out vehicles the game becomes even easier.

The missions are varied enough and there are some nice ideas where you need to use the enemy to breach walls for you, plus a few other little gameplay gimmicks. 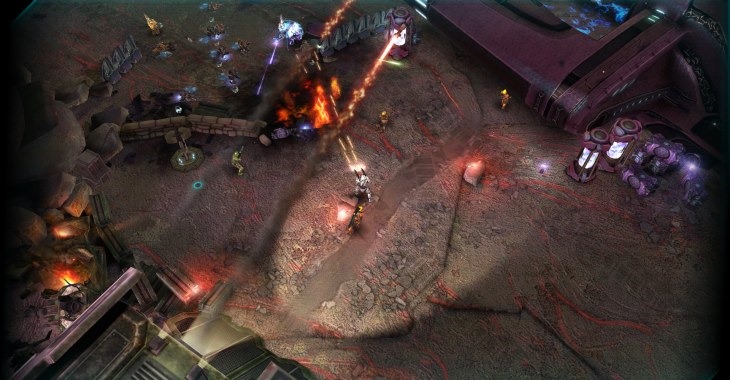 The game is gorgeous, the maps are nicely detailed and you can see a lot of attention was paid trying to recapture that Halo feel with bright colours, decaying modern architecture and alien plant life. It’s just a pity that the developers didn’t spend some more time tweaking the controls for the console release.

In the end the game isn’t bad but unfortunately I just found it a little boring and that to me is one of the worst things a game could be. This is however a game that could be patched to perfection. If we had more accurate controls, better AI and some in-game movies to immerse us into the experience  think it could easily bump itself up by a point or two.

343 Industries is teasing… something to do with Halo Infinite