Home Gaming LEGO The Incredibles review – Parr for the course

The LEGO games have become adept at adapting just about every conceivable property to the brick-laden video game series. We’ve had Star Wars, Indiana Jones, Lord of The rings, Marvel properties, DC Ones and just about everything in between. Somehow, there hasn’t been a LEGO game that tackles the Disney/Pixar universe. Now there is! 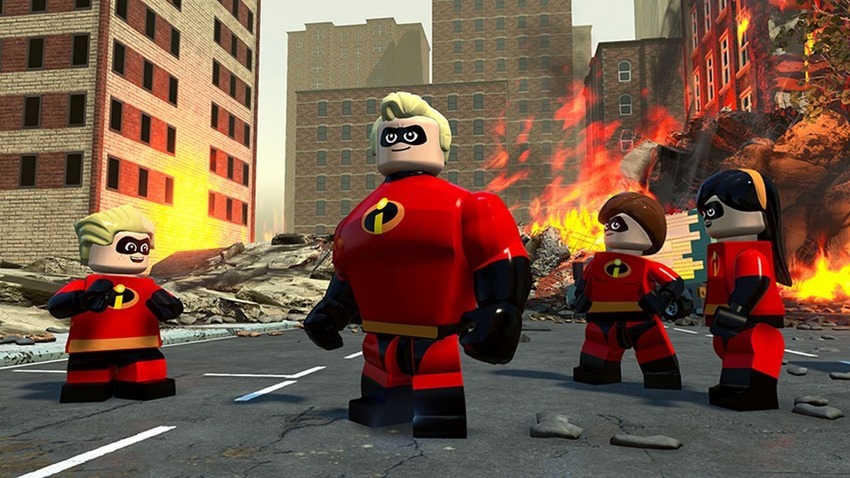 There’s a certain expectation that players have of LEGO games, and this doesn’t deviate from those expectations in the slightest. It’s still the same family-friendly co-operative fare that just about every preceding LEGO game has delivered, with the same sort of structure, goals and mechanics you’ve seen many times before.

Of course, this time it is wrapped in an Incredibles skin, delivering the key story beats from the films, peppered with LEGO’s trademarked brand of humour. As a note, it does start off right where the newly released Incredibles 2 does and assumes that you’ve seen the latest cinematic offering. If you have yet to see The Incredibles 2, you may want to give it a skip for now. Curiously, completing the story unlocks the first movie, letting you play scenes from the 14-year-old original. It’s an odd design choice that’s obviously done to cash in on momentum but messes around with the chronology of it all. 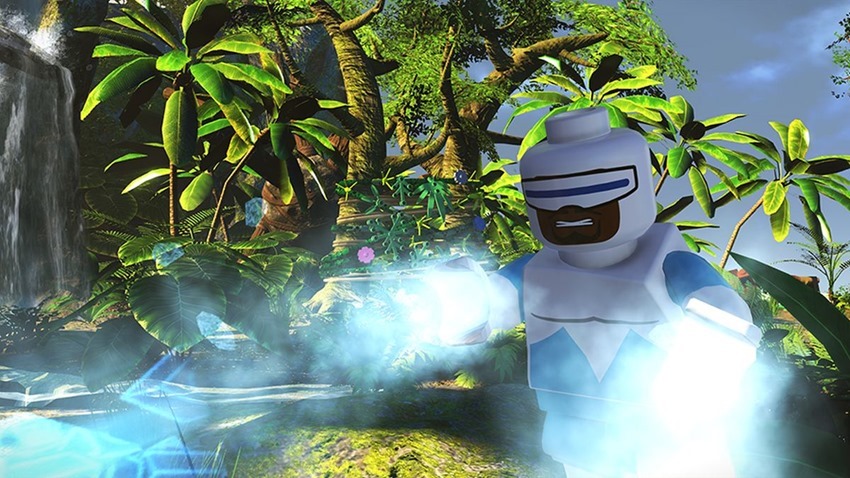 For the most part, you’ll be playing through the game as members of the Parr family, using their unique abilities to solve puzzles, smash objects into their requisite bricks and then use those bricks to solve simple puzzles. The primary Parr characters behave as you’d expect them to. Mr. Incredible is a tank, adept at smashing through bricks, picking up more massive objects and structures and throwing his kin about. Elastigirl is as stretchy as you’d expect (though it is jarring watching the usually rigid LEGO change shape), with her flexibility forming the basis for many of the games simple puzzling. You’ll often have to use her abilities to contort your way into new areas, to pull switches and the like. Violet has her invisibility and forcefield abilities, while Dash has his superhuman speed – and yes, Jack-jack faces off against a particular medium-sized, omnivorous mammal. 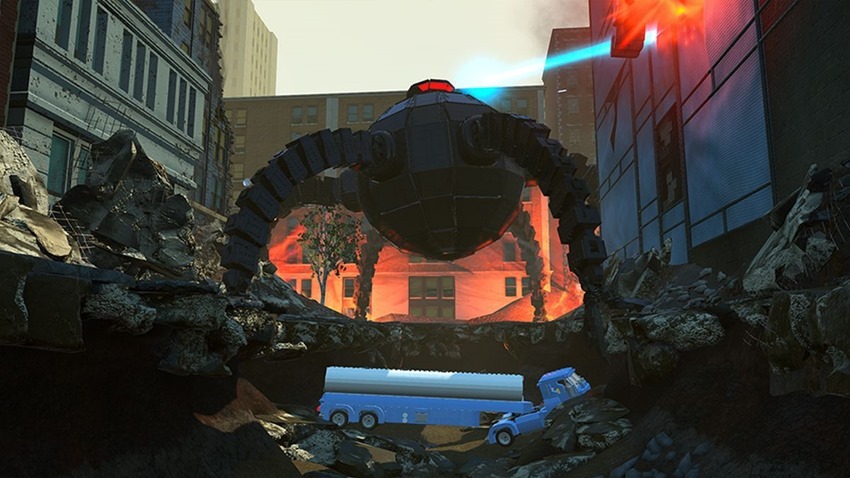 Of course, as it’s a LEGO game you’ll unlock what seems like hundreds more characters – including reskins of the Incredibles, other superheroes from the Incredibles Universe (including some barely mentioned in the movies), and a few villains too. There are also a few surprise characters from other Pixar games that are quite exciting to unlock. There’s a combination of returning actors and sound-a-likes doing the voice work. The sound-a-likes do a decent job, though some – like M.r Incredible himself- sound a bit off. Here, he sounds little like Craig T. Nelson, and a bit more like a more coherent Homer Simpson. Unlocking characters is quite nice, as it emulates the way that blind packs of minifigs are sold and bought, and there’s a certain thrill in opening a pack to see what you get. 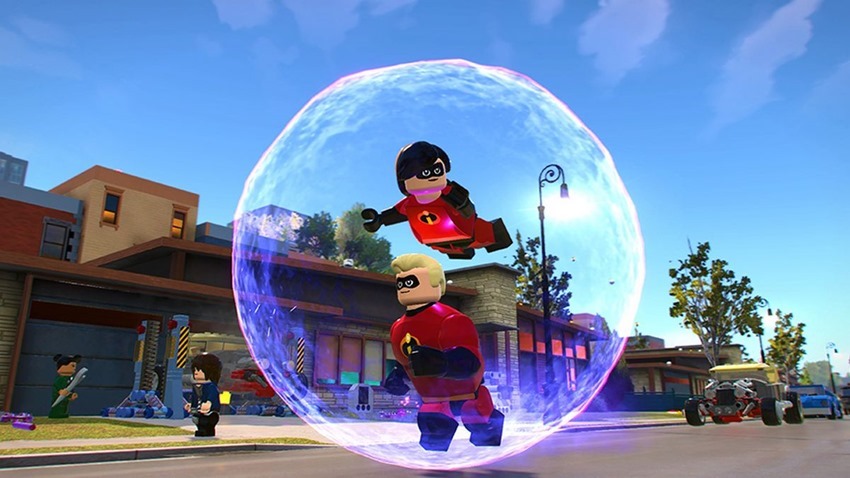 I do just wish the game itself was better. Despite its leads having various superpowers, combat is dull and unexciting, which is especially egregious given the strides the series made with the Ninjago game, which managed to make the combat interesting thanks to its liberal (if simplified) use of Arkham’s general combat formula. While you can still build up combos here, and unleash more powerful attacks, it doesn’t really feel nearly as well executed. 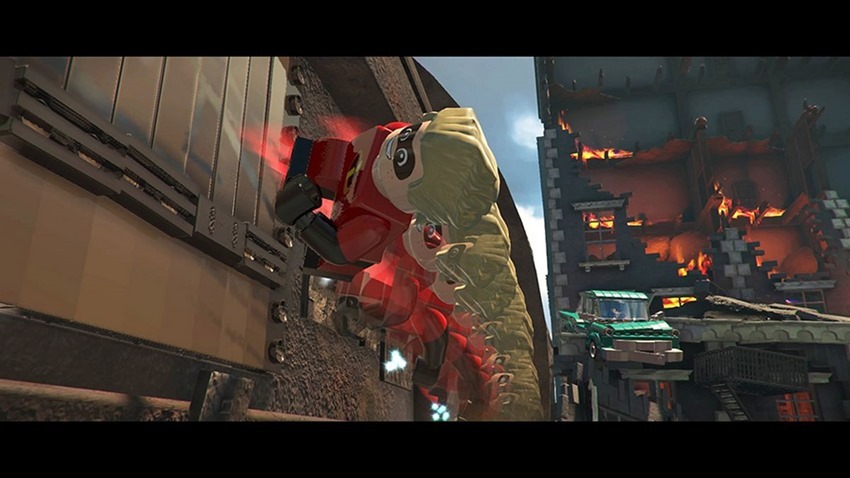 And that’s unfortunately true of the whole game. While almost every LEGO game has included some sort of new mechanic to differentiate itself in some way, LEGO The Incredibles just feels like it’s going through the motions. There are few things that make it a little interesting though. There are larger builds called Incredibuilds, that have the family searching for specific bricks on a level. When they have them all, they can engage in a few button-mashing exercises to build a larger structure, either for puzzle solving or for further exploration into the more open hub world.

The hub world of New Urbem also plays host to Crime Waves, which are fun collections of mini-missions that have you taking on waves of goons and bosses to stop crime from thoroughly riddling the city. They’re fun, but also incredibly repetitive, much like the rest of the game. The hub worlds also play host to a few other side activities like races and typical collect-a-thons to extend playtime beyond the miserly main campaigns.

If you’re heavily invested in either LEGO or The Incredibles (or better yet, both!) then there’s a fair bit of fun to be had. Yes, it’s almost mindless repetitive, and the creaking engine that TT has used for LEGO games is most definitely showing its age, but it’s a good, family-friendly co-op adventure.