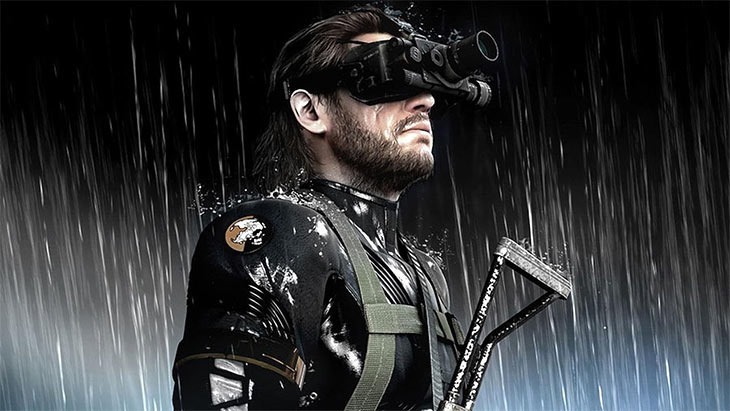 The review embargo for Metal Gear solid is finally up. The game’s been out in Japan for a while, and is actually out today in much of the rest of the world, leaving many concerned that the late embargo means the game just isn’t very good. Are those fears unfounded? Here’s what critics think of Kojima’s latest game, which really is little more than a paid-for demo, showing what you can expect from Metal Gear Solid V: The Phantom Pain.

The undoubtable quality of Metal Gear Solid 5: Ground Zeroes feels carved from a bigger, better game, and perhaps that makes it a better showcase for players who don’t know their Snakes from their Otacons. Too good to be a cash-in, too calculated to be satisfying and too intriguing to spurn, Ground Zeroes is a fiscal test of patience. If you can’t wait for the next stage of Metal Gear Solid, I’m afraid you’ll leave this about the same as you went in.

Unfortunately, if you hope to be entertained by an equal helping of Metal Gear’s typically perplexing and intriguing narrative, you’ll most certainly be disappointed. There’s some fat to savor here, hints of what’s to come in the next chapter of Metal Gear Solid V, but once you’ve digested the cutscenes that bookend the main mission, it’s a pure gameplay-driven experience from then on out. Though it’s unusual for everything to take place in a single location, there’s so much to do and see, and whether you take a stealthy or head-on approach, infiltrating Camp Omega is a thrilling experience that shouldn’t be missed.

It’s admirable that developer Kojima Productions was willing to toss long-held franchise tenets out the window in favor of re-imagined Metal Gear Solid gameplay. And it’s possible that in a more complete game, these additions might shine more brightly. But Ground Zeroes is hardly the right venue to demonstrate the future of the franchise. It’s staggeringly short and unsatisfying, feeling more like a cash grab than an honest-to-goodness installment in a beloved franchise.

Metal Gear Solid V: Ground Zeroes is not for everyone. I can’t stress how underwhelming the game will be if you aren’t a huge fan of the series, or you can’t see yourself playing in the same sandbox enough to really get your money’s worth. But for everyone else can’t can’t wait to get even a taste of Phantom Pain, it’s worth the budget price of entry — especially on a current-gen console.

Metal Gear Solid V: Ground Zeroes is a demo being sold as a bargain-priced game. Pick up Ground Zeroes next year right before The Phantom Pain launches. By that time, it will have dropped in price, and the gap between games will be much more bearable. Even those that haven’t played Peace Walker are better served buying the HD version of that game online rather than sitting through dozens of minutes of plain audio tapes. Until we can get our hands on The Phantom Pain, this pick-pocketing by Konami is the only consequential bit of stealth to be had with Big Boss this year.

Splitting Ground Zeroes back into a separate release was always going to be contentious. Thankfully, there is a lot more gameplay and depth than the early reports of the main mission’s length suggested and it’s full of potential for exploration, fan service and Kojima’s particular brand of hackneyed allegories.

Unfortunately, there is still too little primary content to justify the £29.99 price tag or even the £19.99 digital pricing for PS3/360, so I can’t recommend this to anyone but a die hard MGS fan.

Opinion seems to be pretty divided. Die-hard fans of Kojima’s overwrought drama will be delighted, and then feel real pain that the Phantom Pain is still so far away, while those who aren’t adherents will feel like they’ve just paid money for a demo. The game’s set for release here in SA this Friday, both as a digital and physical release.