I’ll never forget the day I got a PlayStation. My mom worked with a lot of people who did imports and exports in the 90s, and they managed to get me an NTSC PlayStation 1 with a handful of games, relatively soon after the system’s launch in the US. I got the thing with Tekken 2, Wipeout and Ridge Racer. I didn’t have a multi-system TV, so we had to run the thing through a VCR just to get colour. It was a technical mess of unnecessary wires, but I didn’t care. I was playing amazing games- and I was playing them before anybody else. Over the years, I got to play even more incredible games thanks to that little grey box – so the PlayStation will always have a special place in my heart. 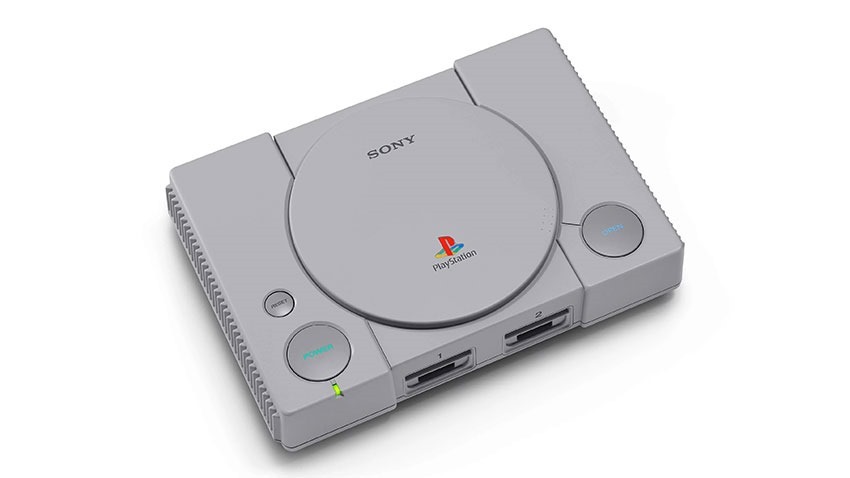 Of course, I was excited when the PlayStation Classic was announced. I’m cynical, sure, and I saw it as little more than an attempt to wring cash from nostalgic fans after seeing how well Nintendo’s diminutive consoles had done. I’m also a sucker though; one of those nostalgic fans who like many of you, was turned off a little when the full library of the system’s embedded games was detailed. It was missing many of my favourites, and many of the games I consider to be instrumental to the PlayStation’s success and its legacy. There are a few gems, of course. Tekken 3 is one of the system’s best fighting games, Metal Gear Solid is a landmark in digital entertainment and Final Fantasy VII is a revered classic. The original Rayman is an underappreciated gem and Super Puzzle fighter 2 is always delightful. There are a few other games that are still worth playing, but for the most part, the library is middling. Unfortunately, the library isn’t the worst of the PlayStation Classic’s problems.

We’ll start with the good though. The PlayStation Classic is straight up adorable. Like the NES and SNES systems, it’s a faithful recreation of the original console it’s modelled after, with a few neat touches. It’s unfathomably light, weighing just 170 grams and takes up about 80% less space than the original system. The grey plastic box is a tidy 149 mm × 33 mm × 105 mm, and looks just like you’d imagine a PlayStation would if it got blasted by a shrinking ray. The vents and ridges on the sides are perfect replicas, as are the controller and memory card slots. Instead of the proprietary connector though, the controllers connect via USB, while the memory card slots are just for show. They’ve even recreated the underused IO port cover on the back (which was used for things like the Game Genie…and not very much else), though it’s not removable. Instead of AV ports at the back, you have a single HDMI, along with a standard micro USB port for powering the thing. It comes with the USB cable (no plug, just the cable) along with an HDMI cable and two USB controllers modelled after the original PS1 controllers. Yes, that means that they’re missing now rudimentary features like analogue sticks and rumble, but they look and feel authentic. 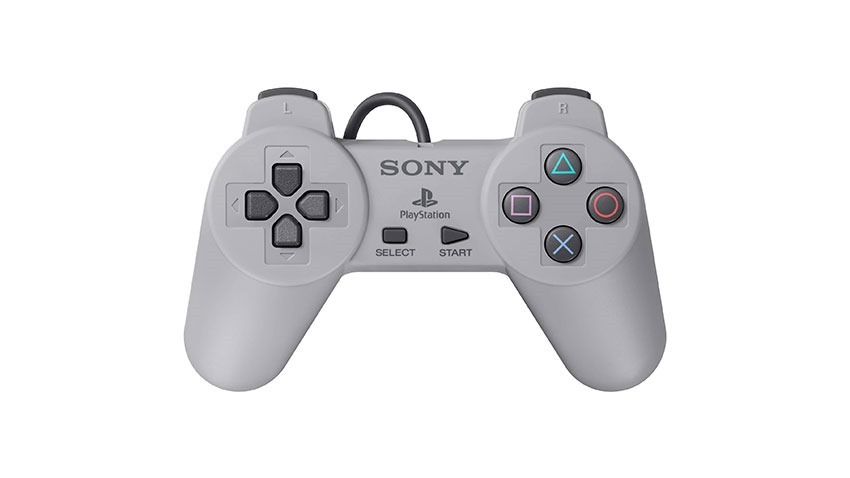 The mini console really does look fantastic, and would be perfect to display on a shelf. Unfortunately, that’s probably where it’s going to end up because the emulation itself isn’t very good. Probably so that they could rush the product out the door in time for Christmas, Sony opted to use the ARM-specific open source PCSX emulator. It’s a decent emulator, but the implementation here is outdated and missing many of the tweaks and features that make it a worthwhile piece of software. There are no options to expand the image to fit the screen, or encase the 4:3 boxed visuals in a wallpaper as you can on Nintendo’s mini consoles. There’s not even the option to enable scanlines, to make it look as if you’re running games on an old CRT screen. Everything is just so decidedly barebones, that it seems there’s hardly any effort that has been put into it at all. 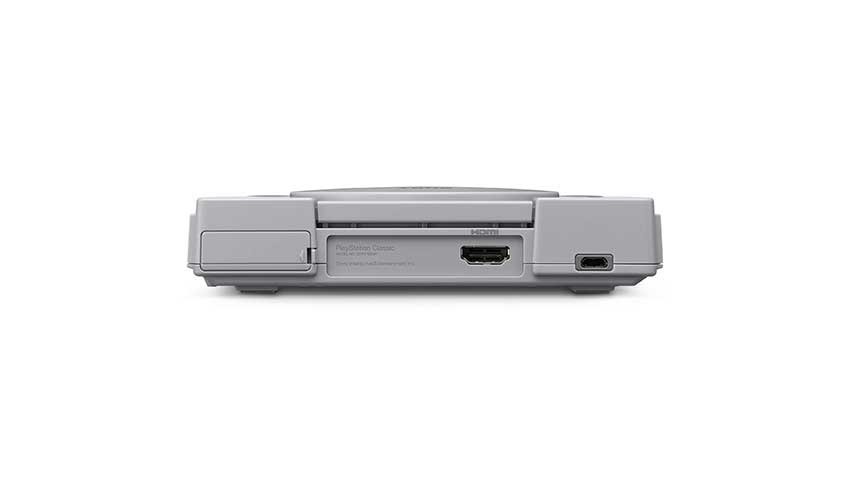 As with Nintendo’s ones, there is the option to create a save and resume state – but only the one. Pressing the reset button on the console itself saves a snapshot of the game, allowing you to pick and play from that point. There’s also a functional memory card manager, but that’s really about it.

The default display out is 720p, and many of the games really don’t hold up at that resolution. Text-heavy games like Resident Evil and Metal Gear Solid require a fair bit of squinting to play properly (some of the text in cutscenes is downright illegible). And then, of course, there’s the frame rate. Some of the games aren’t the 60Hz NTSC versions, but are instead the 50Hz PAL ones. In slower-paced games like Resident Evil, it hardly matters, but Tekken 3 feels like everybody is fighting in molasses. Worse still, is that the emulation isn’t great, so Tekken 3, which should be a highlight, looks terrible and plays even worse. GTA runs especially poorly, often dipping into unplayable frame rates. Poor emulation continues almost throughout, as Ridge Racer has exceptionally poor audio emulation, while games like Siphon Filter and Rainbow Six are a chore to play without analogue sticks. Because the system can’t connect to the internet for updates or patches, the likelihood of any of this being fixed is slim. 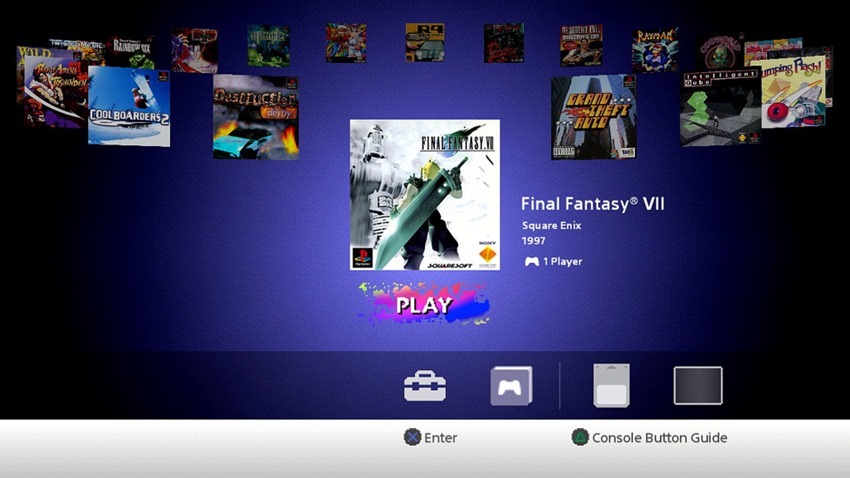 The frustrating thing about this all this is that Sony already has superior emulation tools available, as we’ve seen in the PSP (and Vita) emulation of PlayStation 1 games. Why they couldn’t use that as a base for this system is baffling. PlayStation 1 games didn’t look and run like this, making this system an affront to the console’s incredible legacy. It might be adorable, and if you’re a collector who must have it, then go right ahead. If you’re looking to pick this up based purely on nostalgia, then you’ll be making a R1,799 ($99) mistake.

The PlayStation Classic Mini is Sony’s own attempt at cashing in on gamer nostalgia, the w…