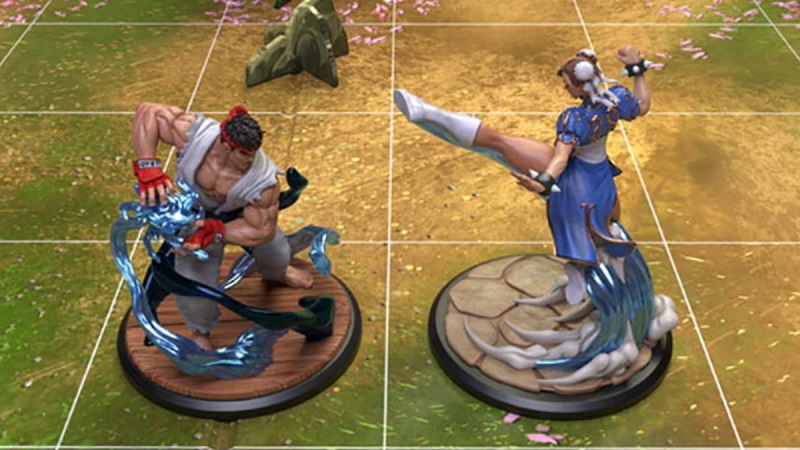 When it comes to playing games with your friends, few genres are more satisfying than fighting games to determine who is the better player while klapping the digital snot out of each other. It’s an excellent determinate of skill, though you will always get that one person like myself who is clueless at the mechanics of it all then still wins by just pressing the same buttons over and over again (because it’s the only move I’ve figured out). The other type of games that are fun socially are board games because as fun as video games can be, board games are just that much more interactive and get everyone playing together nicely in the same room (not that way you perverts). Combine the two, and you may have found the solution to geek social loves the world over.

That’s the plan at least for an ambitious new Kickstarter project for an official Street Fighter board game, a campaign that launched with a goal of raising $400 000 and exceeded that goal in a little over a day. I guess it’s safe to say there is a market for this game. The game though is not intended for standard retail, meaning that if you want it, you need to go and pledged your money away to get your hands on it. If you’re a fan of Street Fighter and board games though, it may be money well spent as the game offers quite a lot of content if you have the money to pay for it. 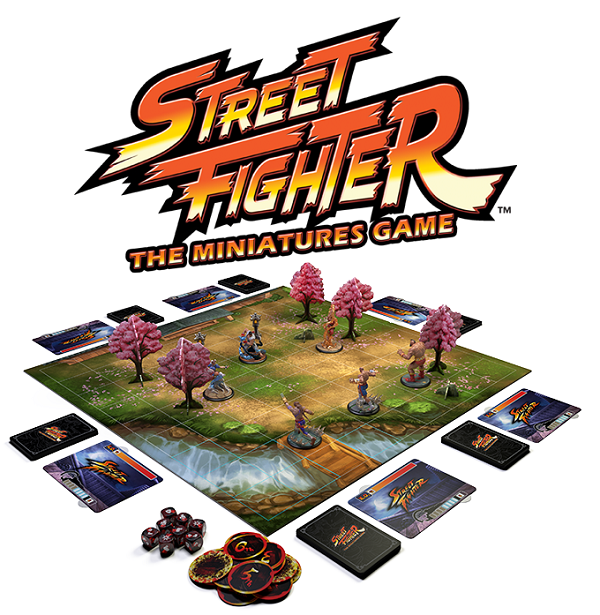 Officially titled Street Fighter: The Miniatures Game, it essentially allows you to play as your favourite street fighter characters with high-quality miniatures of the different world warriors available where you can play the game with up to 6 players in either a co-operative team mode or free for all. Sets of cards trigger fighting actions which are unique for each playing character which includes projectiles, strikes and an innovative combo chain attack system as well. Along with the many cards and miniatures, the game will also include several destructible terrain maps to add more variety and fun to the game.

The game sounds like a lot of fun, though I must be honest at $140 for the cheapest version, it is a lot of money. As for the miniatures, they are quite small at only 58mm in height, but you can pay extra to get miniatures that will do a better job at being collectors’ items as well if you are willing to pay some extra dosh for it. For real fans though there are many additional characters, game objects and power-ups that can be added to the game if you have the money to spend on such items. The money is easily justifiable by the manufacturer Jasco Games though as they go on to give a reason for the high costs of the game while ensuring that each component is of high quality:

I’m assuming though that if you have that kind of money to splash on a game such as this that you might instead want to spend your money on a worthy cause instead – that worthy cause being me of course.

The Kickstarter page goes into quite extensive detail about how the game works, and while it looks like they have indeed thought of everything, its mechanic looks like it could be entirely drawn out and possibly less fun to play than what most might remember from the video games. However, with the right set of friends, this is the kind of game that can not only bring many hours of nostalgic fun but also bragging rights to show off who is the ultimate Street Fighter fan by owning the most miniatures.

It’s the kind of edition of the game that will also force me to know all the moves and strategies as there is no way I’ll be able to button mash myself through a game like this. That is if any of you are willing to sponsor me the money so that I can buy it.