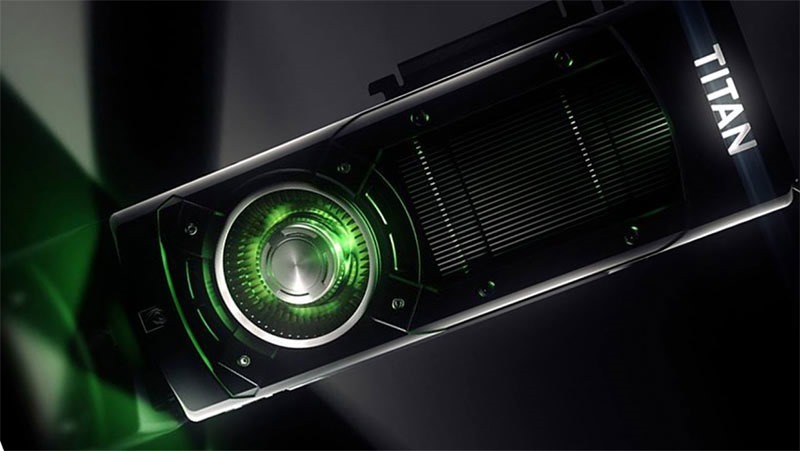 We know very little about Nvidia’s Titan X – just that when Nvidia announced at it GDC last week, that it would be their most powerful (and most expensive!) card to date. We have no idea what sort of specification Nvidia’s latest prohibitively expensive beast possesses – though we do know that it’ll outperform every other single card solution on the planet, and that we’ll finally be getting a little more of the nitty-gritty at Nvidia’s GPU Technology Conference on March 17th. But just how powerful is the card?

With little more than speculation and informed guesswork to go on, quite. Nvidia’s CEO Jen-Hsun Huang revealed the beastly new card at Epic’s Unreal Engine 4 keynote at GDC and revealed just two facts about the card: Its 12GB of memory (presumably, without any odd memory shenanigans), and a ludicrous eight billion transistor count.

We also learned that the card’s heart, the chop that powers it is codenamed GM200, which means it’s based on the same core technology as the GTX 980. The transistor count through, if we’re to use it as a comparative number for anything, means that we could potentially see around a 50% increase in performance over Nvidia’s current king of the Maxwell crop. That’s obviously rather dependent on the new card’s memory bandwidth, which we’d expect to at the very least match that of the last TITAN-branded card.

Here’s a look at the specs for NVidia’s Maxwell cards, compared to the Kepler-based Titan Black

Numbers like that can – and usually are – rather boring, so perhaps a more interesting demonstration of what we might expect from the Titan X is this demonstration of Unreal Engine 4 – which was rendered in real-time on a single Titan X at GDC.