Home Gaming More rumours of a Kinectless Xbox One 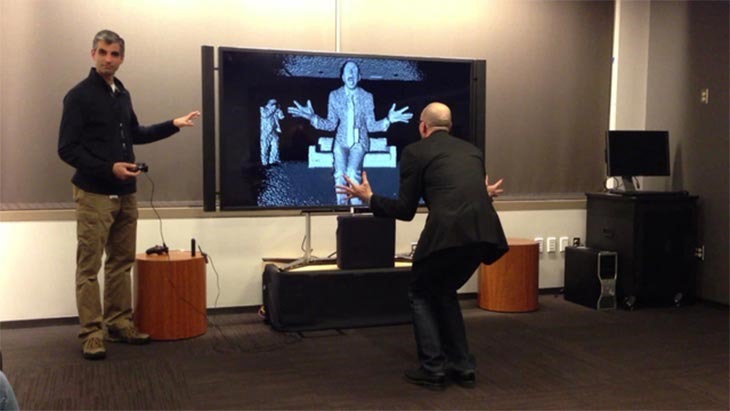 Microsoft’s newest console, the Xbox One is a fine bit of tech, and it’s doing pretty well – but not nearly as well as Sony’s PlayStation 4. Its games don’t run as well, it’s more expensive and it’s bundled with Kinect. If the rumours are correct, Microsoft may just be trying to fix the latter two problems.

Rumours of a cheaper version of the Xbox One – one minus the new Kinect – have been around since Microsoft first started doing its big 180 degree shifts. According to the current marketing, Kinect is integral to how the Xbox One works. It was originally set to be always on, but angry consumer worried over security and privacy convinced Microsoft to offer the option to turn it off.

And it might be turning right off. According to NeoGAF’s more often right than wrong prolific leaker CBOAT, Microsoft is set to announce a newer, cheaper, Kinectless version of the console around May – depending, of course how the console does until then.

Judging by current performance, it is something that could happen, with the PlayStation 4 currently outselling the Xbox One 2-to-1 in its home territory.  We still don;t have an official release date for the Xbox One here in South Africa, but it’s possible that by the time it does launch, we’ll have the option of picking the console up without its motion-sensing peripheral.

Of course, that would render the system’s voice control useless, and it would be a tacit admission by Microsoft that they were wrong to include it in the first place. So far, Kinect has not been the great differentiator that Microsoft was hoping for – but it is still early days, and I have no doubt that some clever developer will use the peripheral in new and interesting ways.

Do you think Microsoft would ever sell  Xbox One without Kinect, and would that help convince you to buy one? I definitely still want an Xbox One, and I’ve seen nothing from Kinect that’s convinced me I have to have it. If a cheaper Xbox One without the peripheral was released, I’d certainly pick that up.