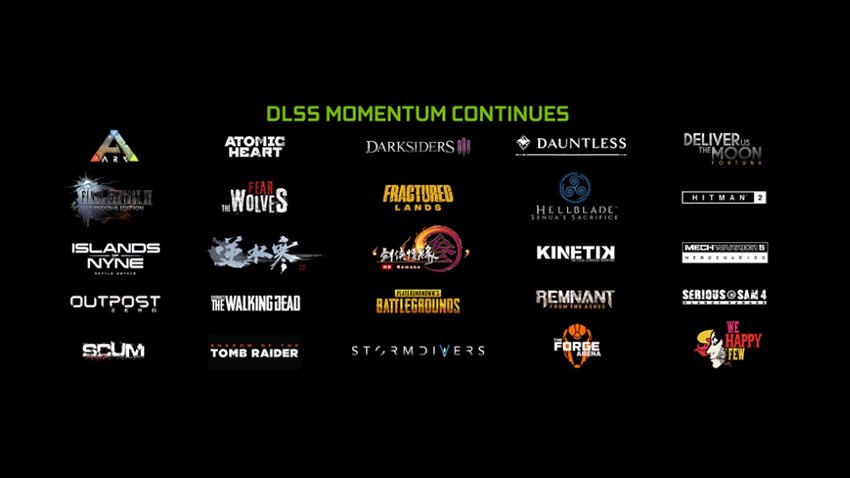 One of the big features of Nvidia’s upcoming new graphics cards – along with that Ray Tracing stuff – is DLSS. That stands for Deep Learning Super-Sampling, which according to Nvidia is “a technology that applies deep learning and AI to rendering techniques, resulting in crisp, smooth edges on rendered objects in games.”

Effectively it’s AI-powered anti-aliasing and supersampling, which means that games that support it should look significantly crisper – and it does that with an increase in performance. Unfortunately, just like Ray Tracing, it’s not widely supported yet. And that makes sense, given that the RTX cards aren’t available just yet. The list of games that’ll support it grows though with nine new games announced with DLSS support.

That brings the overall list to 25, though that support will no doubt grow over the coming weeks, as we lead up to the launch of the Turing-based RTX cards. Here’s the remaining games with DSLL support:

It’s all exciting new technology, but at this point we can’t really say whether or not it’s worth spending the vast amounts of money that Nvidia’s new cards cost – and we won’t until we have one in our hands, or reviews are out in the wild. For the limited number of games that support its marquee features, it’s hard to imagine how it could be worth the money right now.