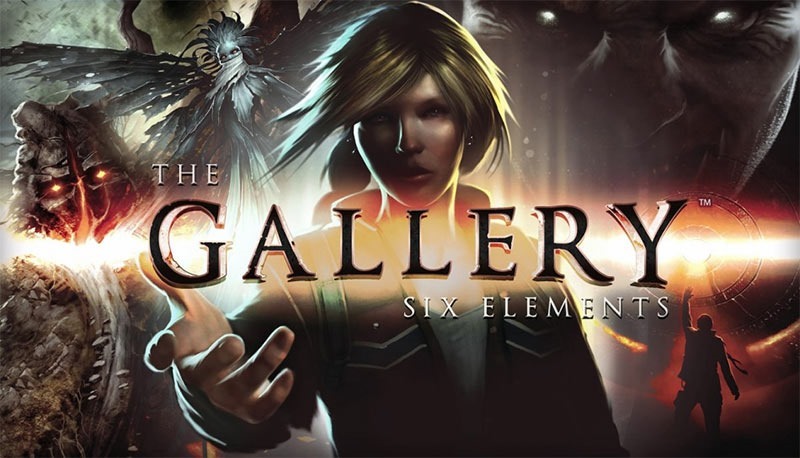 As I said just the other day, I’m slowly coming around to the virtues of virtual reality – and it’s not the Rift that has me intrigued. Instead, it’s Valve’s take on future, which features a much better method of allowing players to feel like they’re interacting with something tangible; functional hand-tracking. It’s something missing even on Sony’s Morpheus, which – when I used it at least – required PlayStation Move for the purpose. HTC and Valve’s Vive allows you to grab at digital objects and manipulate them as if they were real.

One game – still in early demo form – that really shows that off has as terrible a name as Vive itself is The Gallery: Six Elements by CloudHead Games. One of the things that makes it so impressive is in how players are able to interact with things.

“The player must feel that their interactions within the game world are natural and intuitive. Whether they are picking up a flashlight, pulling levers, climbing ladders, combining objects or interacting with their backpack, that system and that freedom creates entirely new gameplay mechanics,” Denny Unger, president and creative director of Cloudhead Games told Polygon.

“In some cases you’ll be manipulating an object with one hand while adjusting something just within reach which isn’t even in your field of view. Making this type of emergent gameplay feel natural and rewarding is something we’ve been building towards for a long time.”

HTC and Valve’s VIVE, with its hand-tracking, has allowed the team to tighten up controls – and its these controls that will make VR more immersive.

“Calibrated properly, there’s no reason a person couldn’t juggle or throw a giant cog into Boulder’s mouth with the Vive. Throwing and gross motor skills become incredibly fun because they behave how you expect them to behave,” Unger said. These sorts of statements sound like hyperbole, but during my demo I spent time picking up cogs and throwing them at the glass bottles, and everything felt “real,” there was no obvious video game physics.

“And that’s one of the other aspects of designing for really good VR hardware, the better it is, the less wiggle room you have to skirt expected behaviors. When things feel right, the user starts expecting things to behave as they do in reality proper. You have to meet that expectation and then design systems to account for as much of it as you can.”

It’s all rather impressive – and it gets me excited for the future of VR. My hope though, is that there’ll soon be some way to have tactile feedback in addition to motion tracking – so that you can feel the weight behind objects. The whole thing is a bit like Myst, or The Room, and I’m cool with that.