Home Gaming The Xbox One’s getting a media remote 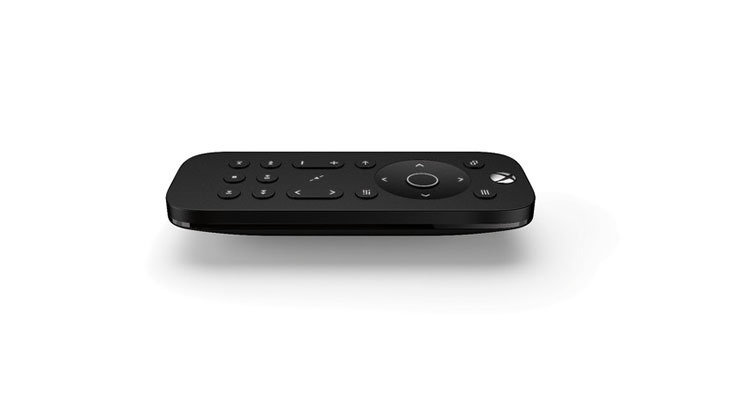 If you’re an Xbox One owners tired of shouting at your TV to get it to do things like open Netflix, switch to other media apps or control your Blu-ray discs or any other media related things, Microsoft’s got just the thing for you; the Xbox One controller that comes with your console. Or Smartglass. Or gestures using Kinect, because you are the controller. Yesterday, they announced another thing to do that job; a media remote.

According to Microsoft the new remote has motion-sensing, battery-eating light-up buttons “allowing it to be used in the darkest of rooms while playing games, watching TV shows, movies and more.”

In addition to that, the thing will interface with Kinect to use that lump of technology’s IR blasting magic to change the volume and channel selection on your actual TV. Here’s more of the PR blurb, from Microsoft:

Releasing across Xbox One markets worldwide in early March, the Xbox One Media Remote lets you control video playback for Blu-ray movies and streaming video on Xbox One. Additionally, there are dedicated Back and OneGuide buttons. The OneGuide button provides one-touch, quick access to your favorite TV shows and movies through the Xbox program guide. This remote is designed to help you listen, watch and switch among experiences instantly – allowing you to rule your entertainment. The Media Remote can also control TV/Receiver power and volume through Kinect, which uses IR blasting to send signals to your TV and/or receiver.

It’ll be available in March, for just  under $25. The Xbox 360 has a perfectly functional media remote that’s not operable with the Xbox One, because of reasons. Sony’s actually done the same thing; that wonderful Blu-Ray remote you used on your PlayStation 3 is useless on its new kin, though anybody with a relatively modern HDMI-CEC enabled TV could just use their TV remotes to control what few media functions exist on the PlayStation 4.

You’d imagine, with its huge media focus, that something like this would have been included in the Xbox One package – but that would have been tacit acknowledgement that Kinect isn’t quite as well-suited to being a controller as they’d hoped.