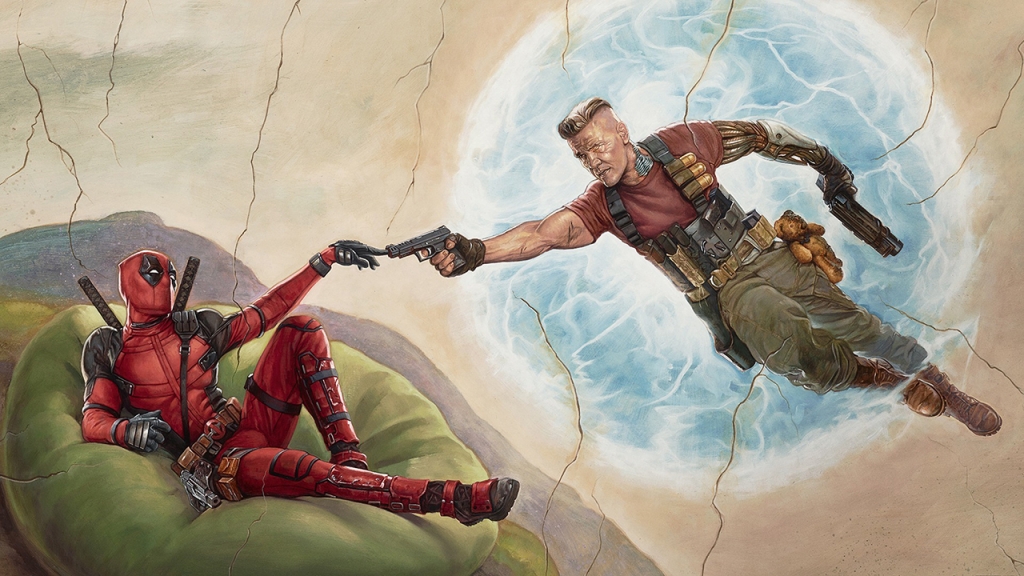 Much like the first film, the advertising campaign for Deadpool 2 has been nothing short of spectacular. Besides for the viral vids and genius in-store marketing, the movie also boasted a series of hilarious trailers with some side-splitting footage in them. The final trailer also upped the movie’s comic book street cred when it finally revealed the members of X-Force, the superhero team Deadpool puts together to take on Cable consisting of Domino (Zazie Beetz), Bedlam (Terry Crews), Shatterstar (Phillip Tan), Zeitgeist (Bill Skarsgard), and Peter (Rob Delaney). Oh and Brad Pitt very briefly as The Vanisher (Cameo LOL!).

While not boasting the same roster as its comic book counterpart, this X-Force nevertheless looked like they would get up to some pretty damn cool action from what we saw in the trailer, and I even called it that the homely Peter (who has no superpowers but just showed up for the ad) would steal the movie from rest of the group. Except, none of that really happened, as Deadpool 2 pulled off a brilliant plot twist in having every member of X-Force besides Domino gruesomely killed within the opening moments of their first mission thanks to Deadpool not listening to a warning about strong winds before sending them parachuting out of a plane. So what about all that footage in the trailer though? Well, it would appear that Deadpool 2 had pulled an Avengers: Infinity War, as co-writers Rhett Reese and Paul Wernick revealed to CBR how they took a page out of Marvel’s book in intentionally adding redirecting footage in the trailer so as to preserve big moments.

Reese: We had actors who were really generous, and they were willing to shoot footage that they knew and we knew wasn’t going to end up in the movie, but was only going to be in marketing material. So we had Terry Crews out there fighting stunt guys, knowing that it was only going to be in commercials — and we did use it, it’s in commercials and it’s in trailers. It was all to help mislead the audience on this big gag. It was very elaborately constructed to make sure people bought it.

Reese: We were really going to try and convince people that they were going to be alive so that nobody sniffed it. And I think it worked, in the sense that nobody sees that coming. 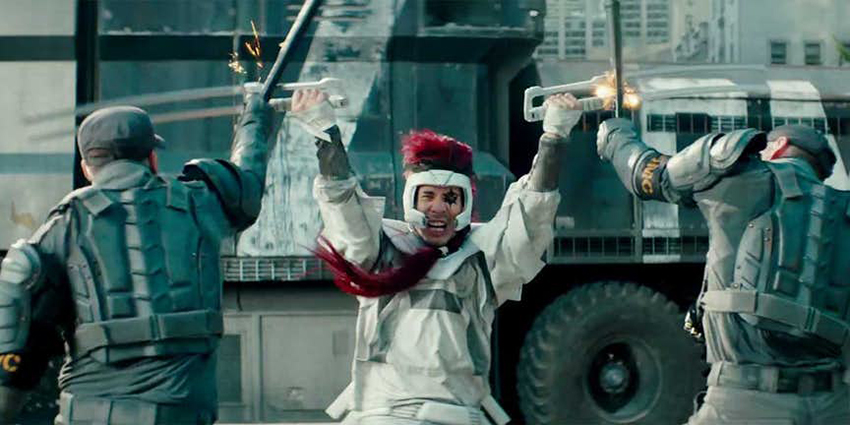 One of the characters who unceremoniously met their end in this hilarious sequence was, of course, Shatterstar, a fan favourite X-Men character who I even geeked out over when he was revealed in the latest trailer. And that was apparently the plan, according to Reese.

Shatterstar helped, because he was an original member of X-Force. I think that’s the one that made people think, “OK, this is legit.”

Of course, killing off this team so early in the movie served another purpose besides just being a shock gag, as it opened the way for a brand new X-Force to be assembled by the end, consisting of Deadpool, Cable, Domino, Colossus, Negasonic Teenage Warhead and Yukio (and Dopinder, as I was reminded in the comments!). But that doesn’t mean that’s the last of the original X-Force as Deadpool 2’s absolutely amazing post-credits scene sees Deadpool use Cable’s time travel device to go back in time and fix several tragedies (bye bye, X-Men Origins: Wolverine’s version of Deadpool!), including saving Peter. There was some consideration of saving the rest of the first X-Force as well though.

In the very back of our mind, we did have the time machine in our heads, saying if we really need to resurrect Shatterstar, if people are that upset that he’s going, we can do it. Peter, for example, we knew people were going to love Peter — we maybe want to use Peter moving forward in some fashion. When Delaney found out that Peter was going to get to come back, he was like, “OK, bring me back! Let’s do it!” We recreated that moment on the street where he’s about to go save Zeitgeist and gets killed. We were on a studio, we created this fake patch of grass, we weren’t on the same street, and there he did his, “I’m just going to go home! Can you give me Domino’s email address?” That was fun.