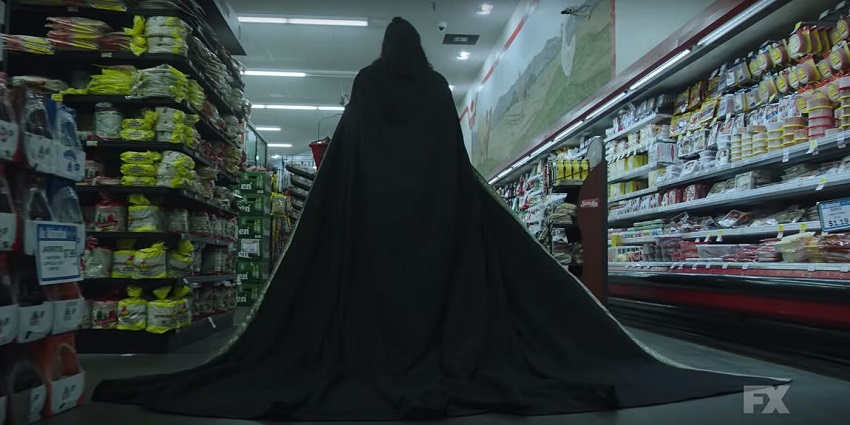 Thor: Ragnarock director Taika Waititi really sprung to prominence with his 2014 vampire mockumentary What We Do in the Shadows, which he co-wrote and directed alongside Flight of the Conchords’ Jermaine Clement. The movie followed the lives of three vampires struggling to deal with all the mundane issues of modern life, and people in the Critical Hit office will quote it endlessly given the slightest opportunity, which this isn’t. No, don’t make me get the hose again!

Anyway, Waititi is returning to the universe he helped create with the New Zealand-set spinoff series Wellington Paranormal (and you can catch the first trailer here), but that’s not the only new entry in what I guess we can call a franchise now. Cable network FX (home to series such as American Horror Story, Atlanta, and Legion) also has a What We Do in the Shadows TV series in the works, which shifts the action from Wellington to New York City and will follow the lives of three new vampires struggling to come to terms with our rapidly changing world.

Kayvan Novak (Four Lions), the Toast of London himself Matt Berry, and Natasia Demetriou (Year Friends) will star as the trio of the night, while Harvey Guillen (The Magicians) will be their put-upon manservant and guide to the 21st century. The show is set to premiere its ten-episode-long first season in the US in (their) Spring next year, but FX have released two short clips to show us just how things are shaping up:

I just can’t stop watching the first clip – that hiss! I know many fans of the original movie were nervous about this remake/sequel, but if those clips are anything to go by then the show is in perfectly safe hands. When it comes to comedy I love absurdist humour and deadpan delivery, two things those clips have in spades.