I’ve seen Tom Hardy in a bunch of movies. From braving Mogadishu in Black Hawk Down, busting all the heads in Bronson and being one of the few standout moments in The Dark Knight Rises, the man has had a varied film career. But now, he’ll be facing his greatest challenge yet in Locke.

The car ride from hell.

Ivan Locke (Hardy) has worked diligently to craft the life he has envisioned, dedicating himself to the job that he loves and the family he adores.  On the eve of the biggest challenge of his career, Ivan receives a phone call that sets in motion a series of events that will unravel his family, job, and soul.  All taking place over the course of one absolutely riveting car ride, LOCKE is an exploration of how one decision can lead to the complete collapse of a life.

When your car windshield is clean, then you have my permission to drive. Locke is going to be a weird sell, but we’re living in a weird age where movies like this can easily get a lot of traction once word of mouth starts to spread. It looks odd, but sort of compelling actually.

Locke will be taking the M23 exit onto the N4 bypass on April 25. Steven Knight directs. 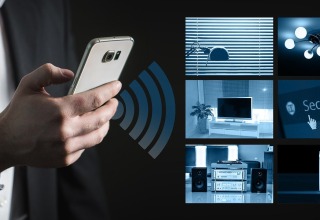