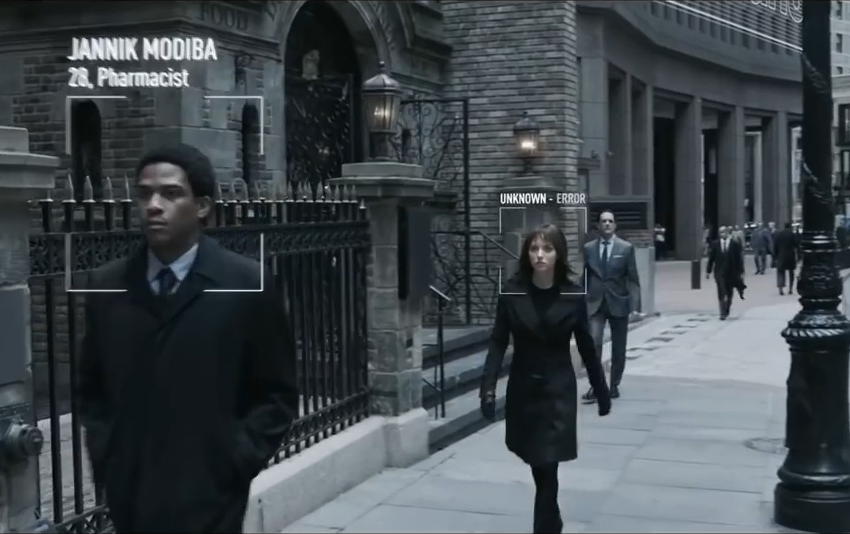 Data privacy. Two words that have been grabbing all the headlines lately as a highly advanced but still not quite human android (we’re onto you and your robot ways, Mark Zuckerberg!) had to answer some serious questions about the use and abuse of private citizens’ personal electronic data during a recent Congressional hearing. Thing is though, as we recently discussed, your private data isn’t really all that if you’ve subscribed to any number of social media platforms and mobile apps, and for a lot of people that’s okay. Google tracks just about everything you do to a scary degree so that it can predict what it needs to do for you before you even ask, and some just see that more as a convenience than an intrusion. Of course, there’s a nightmarish future extrapolation of all of this though as can be found in the world of an upcoming sci-fi thriller Anon.

Written and directed by Andrew Niccol – who knows a thing or two about hypothesizing about future societies thanks to films like Gattaca and In Time – Anon is “set in the future where the government is trying to fight crime by eliminating privacy, thus creating total surveillance and de facto self-censorship.” Clive Owen stars as police detective Sal Frieland, who solves what little crime there is in this near-future by using the reams of highly detailed info about everyone and everything always at his fingertips… Well, always at his eyeballs, to be more anatomically correct.

That is until he meets The Girl, a mysterious hacker played by Amanda Seyfried who isn’t just capable of erasing herself and others from the system entirely, but can seemingly hack people and what they see as well. Unable to trust his own senses, Frieland has to figure who the Girl is and how she’s related to a seemingly impossible string of unsolved murders.

Sal Frieland is a detective in a world with no privacy or anonymity; where everyone’s lives are transparent, traceable, and recorded by the authorities; where crime almost ceases to exist. But in trying to solve a series of murders, Frieland stumbles on a young woman known only as the Girl. She has no identity, no history and is invisible to the cops. Sal realizes this may not be the end of crime, but the beginning.

Anon also stars Colm Fero, Sonya Walger and Mark O’Brien. Netflix picked up its distribution rights for $4 million at the end of last year, so look out for it on the streaming service on 4 May.