News doesn’t get more meta than this. Remember Galaxy Quest? It was a surprisingly fun sci-fi flick back in 1999, that starred Tim Allen, Sigourney Weaver, Alan Rickman, Tony Shaloub and Sam Rockwell as former TV actors of a famed Star Trek-like show who got drafted by an alien race to help them fight off an evil threat after their episodes were thought to be historical documents.

That was the movie. Now, it looks a film about a fictional TV series is itself getting a TV series treatment and I need to sit down because my head is spinning. According to Deadline, Paramount will be putting the series together, with Galaxy Quest producer Mark Johnson, and Galaxy Quest screenwriter Robert Gordon are executive producing.

Galaxy Quest joins a few other movie-to-TV series that Paramount happens to be working on, that includes Minority Report and Shutter Island. And I dig the idea. We’ve spent far too many years without a decent Star Trek TV series, so this could be the next best thing.

Of course, a decent premise can only go so far, and what Galaxy Quest will need is a solid cast with great chemistry, much like the original film had. And we need at least one down on his luck thespian to utter the immortal line of “by Grabthar’s hammer, by the suns of Worvan, you shall be avenged”.

Which is what I usually say every time I run Nick off the road when he pedals to work. 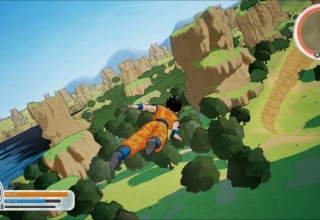 Dragon Ball Z Kakarot looks like the anime series powered up to over 9000, but developer CyberConnect2's original pitch was far more faithful to Akira Toriyamas original manga when the project was first pitched in 2014.